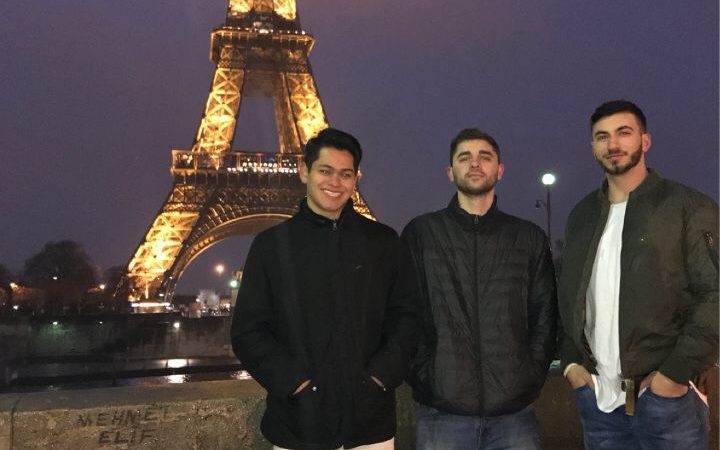 After exploring four different countries in just twelve days, I can say without a doubt that traveling around Europe is an incredible experience, but also an expensive one. It isn’t the flights or the hostels that run up the bill, but rather it is the day-to-day expenses of attempting to see as much as possible when being a tourist in some of the most amazing cities in the entire world. The four stops I made on this trip were London, Paris, Dublin, and Berlin, with the latter two cities not being overwhelmingly pricey, but the first two cities making NYC seem cheap. However, expenses aside, each city presented a much different culture, atmosphere, and experience that I won’t soon forget.

Dublin: My first stop had a little bit of a different feel from the other cities I visited, mainly because I stayed with a good friend of mine from UC3M at his parents house, rather than a youth hostel. Exploring a new city with someone born and raised in the area and who knows the culture well allowed me to see the city more from a resident’s point of view rather than a tourist’s, which I personally think is better. The Irish are warm, welcoming, and love to have a good time (the Guinness is amazing).

London: The second stop on my trip had a much more touristy vibe to it and it’s hard not to in a city as grand as this. Similarly to NYC, it is so big and there is so much to see, but at times it almost felt like everything was just one giant rip off. Dealing with the conversion rate of the pound while also dealing with inflated prices is definitely a hard thing for a college student on a budget to handle. Other than the damage done to my wallet, London was definitely a city that I enjoyed and that I plan on returning to (I also find the slang there to be quite comical).

Berlin: The third stop on my trip seemed like one very long and very dark history lesson. Man, does this city have a lot of baggage to it when it comes to the 20th century. From WWI/WWII to the Berlin Wall, it was quite interesting to see how all of these events were linked and how bad humanity can be in desperate times. In addition to the history, the nightlife in Berlin is also second to none, I’ve never seen people party quite like the Germans do (even though it was freezing).

Paris: Similarly to my stay in Dublin, the final stop on my trip I was with a good friend of mine from New Paltz and crashed at his apartment… and similarly to London, this city didn’t treat my wallet too nicely either. I’d have to say that Paris is the most beautiful city I have ever been to thus far in my life and it was the closest to Spain in that the majority of people didn’t speak English, whereas in the other cities I visited, everybody spoke it perfectly. Going to the Eiffel Tower and the Louvre were unforgettable experiences and this is definitely a city that I would love to come back to in the not so distant future.

Now I am finally back home in Madrid, where I have a little over a week left to enjoy living in this amazing city before returning back to NYC!