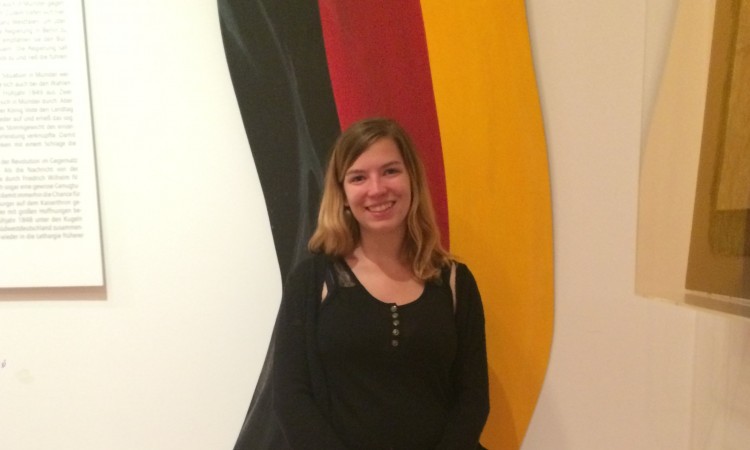 Home and settling in

Adjusting back to being home really wasn’t very hard at all. Sure, there were some things that I had to re-adjust to, but for the most part, it was just getting back into the same old rhythm.

The time difference was hard. When I first went to Germany, I was fine after a night or two of good sleep, but coming back home, it’s been a week and I still get tired crazy early. I’ve been exhausted by 10 pm (sometimes by 7:30) on a regular basis, but it’s been getting slightly better as this week continues on. Today I actually slept in, which was nice since I’d been waking up really early all week.

My first day or two, I kept getting a little thrown off whenever I went to the bathroom, because the toilet flush is different. In my German house, you had to press down to flush and then push the lever the other way to stop it from flushing, which was weird to get used to while there. I had finally grown accustomed to it and then I came home, back to where it automatically stops, so I kept trying to cancel the flush half-way through out of instinct. That really only took a day or two to get used to though, si nce it’s such a tiny change.

A great thing about being home is that I can fuel my addiction to Arizona Green Tea. I found one bottle while in Münster, but it was a tiny bottle for €2, which is way too much for a small bottle. At home I go through approximately a gallon every 2-3 days (I might have a little bit of a problem), so it was nice to be able to easily find good iced tea again (and by good iced tea I mean really sugary and really delicious iced tea).

I also found myself habitually saying “Danke schön,” instead of “Thank you” to people, such as the train conductor who took my ticket. But that’s a minor fix, and for the most part it doesn’t change much anyway. For the most part, accidentally saying “danke” instead of “thanks” isn’t a big deal, because people understand, or at least, they understand that I’m saying thanks because that’s what would be said in the situation. On the plane ride home the people next to me were speaking to me in English and I accidentally replied in German a few times, but they just thought it was funny, because it was completely unintentional. Now that I’ve been home for a week, my default is back to English, so I haven’t accidentally replied in German in a few days, but even if I do, that’s fine, because that means that my brain is (at least on some level) processing things in both languages, which is awesome.

It’s been a full week, and I do really miss Münster, and the awesome people that I met there, but it is certainly nice to be home. I think I’d be really happy moving to Germany, but only if I could take all of the people that I care about with me. I’m not normally one for having a problem with being away from home, but I find that I really missed my family, my boyfriend, and all of my friends while there, so I think I’d need to fill up a plane and start my own little city if I moved. That said, being home and getting to see people is really nice. My host family emailed me the other day, which was also really great, because then I got to hear from them a few days after leaving Münster. I’m excited to stay in touch with people that I met, and I’m also excited to be home, getting ready for my summer class, and then to be starting my senior year 🙂