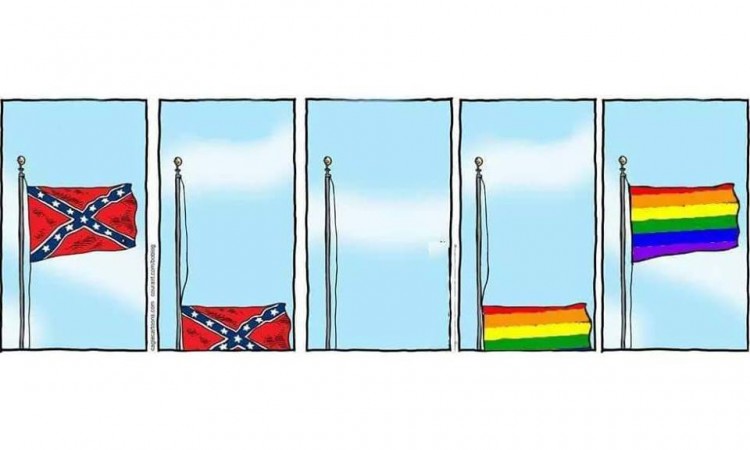 While I am here in Prague, Czech Republic, things in the United States have not stopped… and it would be ignorant to think that they would simply because I was here, not matter how badly I want them to.

My heart is swollen in confusion on how to feel:

The one positive amongst this list is a really significant one for the course that my life will take now having the privilege to marry whomever I chose. The legalization of same-sex marriage makes me feel: bubbly, hopeful, thankful, all of these positive things, but at the same time, I am conflicted.

I am a pansexual, Black woman, meaning I am in many ways an “other,” usually offered and sometimes treated as “less than.” In all the ways I can be targeted and discriminated against, my race proves to be the most common of my three major identities. Thus, same-sex marriage is great, but a large part of my identity is suffering.

Not only are Black Americans being killed, their churches burned, and their faiths tested, I am not in the States able to fully mourn the reality. The helplessness I often feel when I am home and a racist act of hate occurs is tripled by me being here, thousands of miles away having the experience of a lifetime. This reality causes a huge pit of guilt to sit in my stomach, loss of appetite and words.

I really wish I had more to say, but I am rendered numb, mute, immobile. My tears say enough now, and may my words that are soon to come effect change tomorrow… (is what Blacks said 50-100 years ago). All I can do is hope and try to learn something while away these next weeks that will aid me in promoting positive change to someone or something… eventually.