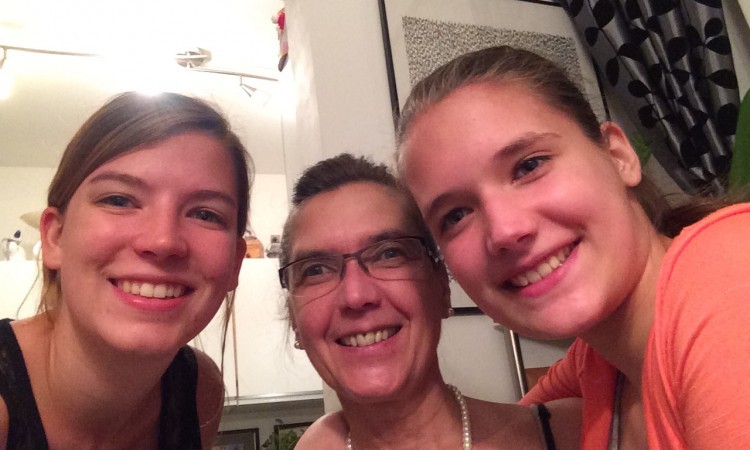 So I’m currently sitting on my plane home as I write this, I’ll make another post in a week or so to update you all on being home 🙂 Sidenote: This is the first post I’m actually on time with, so at least I’ve finally caught up!

It’s weird to think about how fast six weeks went. It feels like just last week I was on a plane on my way to Germany. Six Weeks. Gone in a flash. I learned so much, but I feel like six weeks wasn’t nearly enough time to appreciate the culture and language as much as I should have. The first month was spent adjusting to life in Germany, so it wasn’t until the last two weeks where I really had the hang of what was going on.

The last week alone was incredible. I can’t remember what I did Monday or Tuesday off the top of my head for some reason. I think they were mostly spent gift shopping for people (I put that off until the last minute). Wednesday I went to the Wochenmarkt for the last time. It was raining, but it’s one of my favorite things in Münster, so I had to go anyway. I don’t remember if I’ve talked about it in a previous post (and I’m on a plane so I can’t go check), so I’ll give a quick explanation about the Wochenmarkt.

The Wochenmarkt is a huge farmers market that takes place twice a week, on Wednesdays and Saturdays, at der Domplatz, or the large area outside St. Paulos Dom. There are all sorts of stands: there’s a whole row of meat and fish sellers, a lot of cheese, lots and lots of bread, so many strawberries (and other fruits), some vegetables, a bunch of flower sellers, people that sell food you can eat right there (like Bratkartoffeln, yummy), some candy and other misc. trucks, and a bunch of people that sell their art/things they make. It’s really cool, and I absolutely love it, but unfortunately it was raining on the last day that I could have went. There’s a really nice man who sells his art, and I was going to buy another print, but because of the rain, and the fact that all of his merchandise is paper products, he wasn’t there. I did, however, buy 500g of delicious strawberries that I then ate while sitting in my afternoon class. I only had an hour that Wednesday, because my teacher had changed our Intensivkurs from Thursday to Wednesday, but it gave me time to walk around one last time before heading back to Kapito. Other than that, I didn’t do much on Wednesday other than start packing and start making a thank you card for my host family.

Thursday was an awesome day. There was a Wasserburgfahrt, or a trip to go see castles on lakes. We went to two castles (one was a Burg and the other was a Schloss. From what I understand Bürge are forts/castles and have more of a military character, whereas Schlösser are fancier castles where royalty lives .), and they were both lovely. On the way I felt super bus-sick, because busses and my stomach aren’t friends, but once I got out of the bus at the first castle, I felt pretty okay. The first one we visited was Burg Vischering, which was a castle from the 1200’s, which was re-built to be stronger in the 1500’s. It was really awesome to see the inside (and the outside), though unfortunately photos weren’t allowed in the museum. After the museum we had the opportunity to walk around the castle grounds for about an hour, so that’s exactly what I did. The bathroom was in a dungeon, which i thought was interesting. (Okay, so maybe not a dungeon exactly, but old castle basement looks quite a lot like a dungeon if you ask me.) The grounds were beautiful. The castle was it’s own little island in the water, and then there was another little island, with a shop, a cafe, and some other buildings. Each of these little islands (I don’t know if they’re considered islands if they’re completely manmade brick islands and not actual earth islands) were connected by bridges (that were next to the now-unsturdy originals), and surrounding the lake there is a beautiful trail, which allows you to see the Burg from all sides.

Everything there was lovely, and I was expecting the second castle to be similar, but it was completely different. It’s called Schloss Nordkirchen, and it was modeled after the Palace of Versailles (and is actually referred to sometimes as the “Versailles of Münsterland”), right down to the gardens. It was a beautiful view, despite being a little cloudy on first view. It cleared up shortly after that, which was nice. You walk from a treelined path into a clearing to see a beautiful Schloss with a lovely sculpture garden in front of it, and a still lake/pool in front of you. Everything about the Schloss and the garden is completely symmetrical (though the sculptures do vary on the two sides of the garden). We had a group picnic in the garden, which was really cool. I’d brought some snacks, not expecting to be eating there, but it was certainly a pleasant surprise. I didn’t necessarily like the food, but I got a peach and a lot of gummy bears out of it, so I certainly can’t complain. After eating I walked around the outside of the castle a little bit (mostly because I needed to pee), and it was equally gorgeous on the other side. Then we went home and I tried to get the rest of my stuff packed and finish up the thank you card.

Friday was super busy, but it was a good last day. I meant to write this post last night, but I needed to finish packing, so I didn’t have time until I got on the plane (and it’s an 8 hour flight, might as well give

myself something to do). Friday started with class. Last

day of school! I took selfies with my teachers, said goodbye to the friends I’ve made in these six weeks, and then met Robynne, Kate, and two others downstairs to finally go to the Pinkus Müller Brauerei for lunch. I couldn’t decide so I went for a potato soup and Flammkuche, which turned out to be a great decision because they were both delicious. After that, Kate, Robynne, and I got ice cream and the other two went home, and then Robynne and I finally went to the Stadtmuseum, or City Museum. We’d been saying we were going to go for the entire program and then suddenly our six weeks were up so we needed to go on the last day. The museum seemed boring at first, but then it was cool once we got up to the third floor. It had a lot of really cool things from the World War II era (Münster was a Nazi Headquarters), and a scale model of just how destroyed the city was during the war. It was really interesting to see the buildings that we walk past every day without roofs, some of them completely demolished. After the Stadtmuseum, we bought flowers for our host families and then went our separate ways. I walked through the city center on my way home just to walk past the Stadtfest (city fest) that was happening this weekend, but I couldn’t really stay because 1) I was carrying around a pot of flowers, and 2) I really needed to finish packing. And then it took me ages to pack and repack. Later on (like 11 or so?), when Jemima and Angelika got home from the Stadtfest, I went and asked if we could take a photo together (see above!) and then we got to talking. We ended up just hanging out for a while, and then Angelika opened a really old bottle (don’t ask me how old, I have no idea) of port wine to celebrate me having a great six weeks, and we had a toast and a small glass of wine to celebrate. We ended up all staying up until almost 2 am talking, and I added my address and email address into the card I’d given them so that we can keep in touch.

And today was airport day (actually yesterday now that I’ve had time to go through and add photos to this), so I finished packing, and had a cup of coffee with my host family before leaving. My backpack weighs about as much as my suitcase, which was awful on the walk to the train station and walking around the airport, but my suitcase was just under the weight requirement. If a suitcase is over 23kg (about 50lbs), you have to pay €100, which is a little bit much in my opinion. But I made it safely from Münster to Frankfurt, and I’m now on my plane on the way to JFK, and all in all I’m pretty excited to be heading home.

I was excited, and then sad, and then excited again. In the airport I just wanted to go because I didn’t feel like sitting there all day, and now that I’m on the plane I’d just like time to move faster because I feel like it’s going really really slowly. There’s a cute kid next to me though, so that’s always fun.

This trip was an amazing experience, and I’m so glad that I got to go. I’m curious to see how adjusting back to being home will be, but I’ll update you all on that later next week.

TL;DR I had an amazing study abroad program, and an amazing last week, and I’m pretty excited to be on my way home (but also kinda sad to be leaving such an amazing city).

I wrote this on a plane, sorry if it’s rambly in places :p