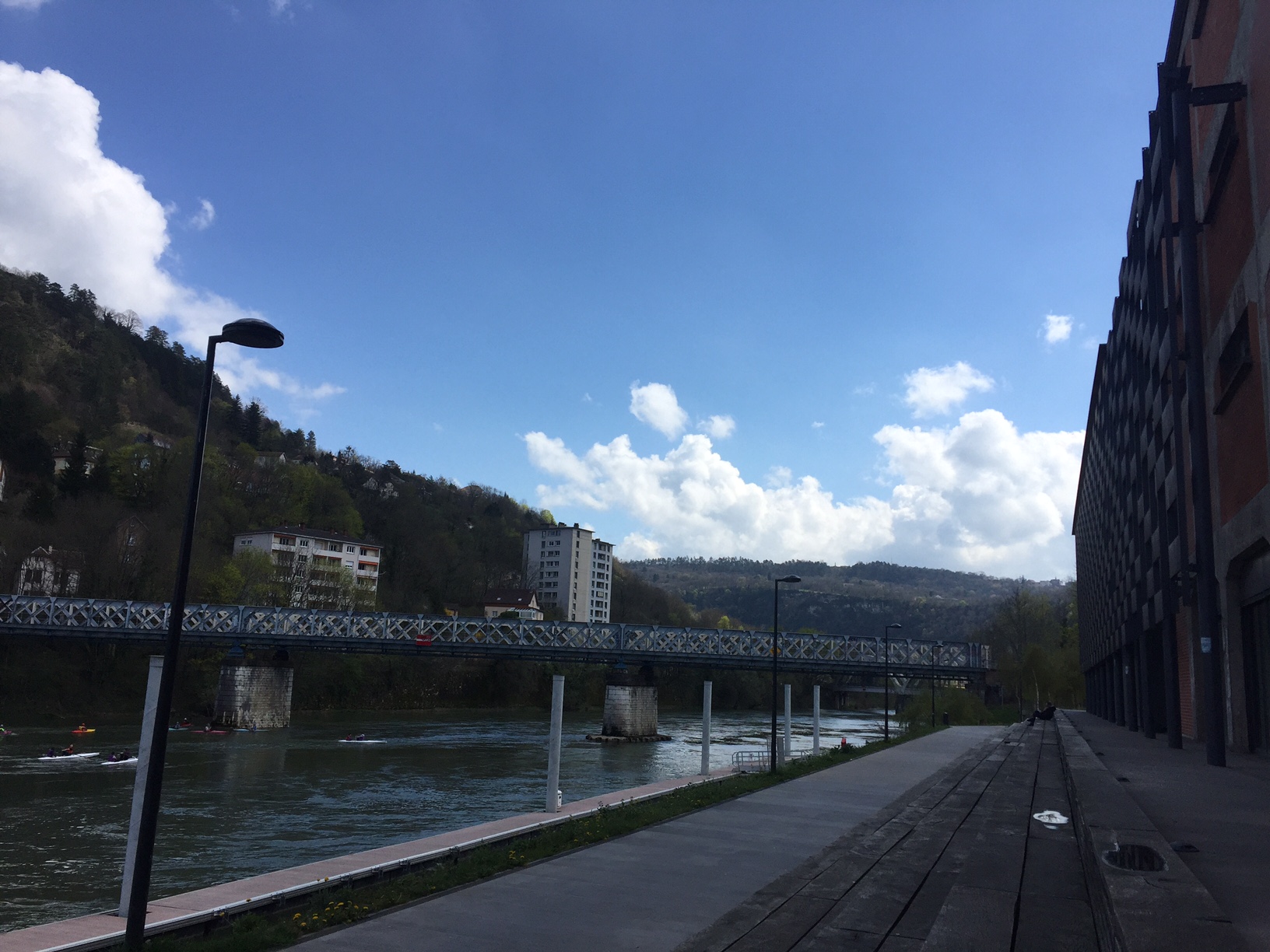 In about a week I’ll have officially been living in Besançon for two months. I really can’t fathom that in my brain. I’m caught between feeling like the time has flown by, while also feeling like I’ve been here much longer than two months. But maybe that’s just because I’ve been constantly on the move. Between having class and trying to travel, it’s easy to get tired and I’m actually just getting over being sick. This weekend has been good for me because I’ve finally had a chance to relax after trying to get all I can out of being here. Maybe that’s a sign of adjustment, too.

After the couple of months I’ve lived here, it’s easy to say I feel adjusted. It took me a little while though. I probably have only really ACTUALLY started to feel adjusted sometime within the last few weeks. Speaking French to my host mom and my French housemates and people on the streets and in stores has become something of second nature – whether my French skills are that great or not. In any regard, I’ve adjusted to having to speak a second language.

When I visited one of my friends from home last week in London, we went out to buy a couple of beers to have with dinner. Upon having to actually purchase the beer, I told my friend that I felt inclined to speaking in French. It was one of the best feelings, because that really showed me that my mind had finally started acclimating to my surroundings in France. I’ve spent the last few months asking for things in French, checking out of stores in French, reading, writing, communicating as a whole in French – for the most part at least.

Speaking the language has certainly been the biggest struggle for me, as I’m sure it is for most of, if not everyone studying abroad in a foreign country. It’s hard to exactly communicate the things you want to say if you haven’t grown up in that culture. Either that, or it simply takes years to really get the culture of the slang and the base of the informal language down pat. That is one of the things my English-speaking friends and I have been noticing: the way that we learn French back at home in the United States just seems too formal. Sure, we learn how to formally write sentences, paragraphs, essays and the like. But when it comes to actually having to communicate, we’ve been taught so formally that it’s as if we’re about to read a speech. People don’t talk here the way we learn in class or the way that you would necessarily talk to a professor in a classroom. While I understand this classroom logic, I also think it’s direly important to teach students how to speak a bit casually. Because when it comes to actually talking to people, there isn’t time to think about how to invert a question and stuff to that effect. You just have to speak, otherwise you’ll miss the entire conversation.

Speaking has certainly gotten easier for me. A woman helping my friend and I at a bookstore actually complimented our French speaking skills the other day. This is not to say that my French is suddenly perfect, but if that didn’t make my week, I sure as hell don’t know what did. It feels good to know that I’m able to communicate with people to the point where they understand me, I can speak a little quicker, and I can get around without feeling completely foreign or awkward. Besançon is really starting to feel like a little piece of home.

Other than language and communication, it’s been pretty easy to adjust living here. What’s so hard about learning to adjust to a diet of mainly bread, wines and cheeses? I’ll tell you what: absolutely nothing. And the French do it in a way as to not overindulge as well, which makes it even better.

There is not much else I have to say about the food here other than the fact that it’s just good. There are a lot of potatoes in the salads and there is horseradish salad dressing everywhere I turn. I also live around the block from a little restaurant called La Boîte à Crêpes and my friends and I have gone there consecutively the past few Fridays.

Another way I’ve learned to adjust has been by going for runs. It’s a good way to assimilate myself with my surroundings, so I feel a little less like a stranger and a little less foreign in the city I’m living in.

Adjusting to the time difference back home has also been one of my bigger challenges. It’s been the reason I’ve been losing a decent amount of sleep on school nights. It’s difficult when you have 8:30 a.m. classes four days a week and friends, family and a boyfriend back in New York who are still wide awake and living their day to days when it’s time for you to go to sleep. Most days, I make it work somehow.

I’m also constantly surprised by the amount of people who are shocked and amazed that I’m from New York. Someone asks you where you’re from and you say that and sparks ignite in their eyes. I kid you not. It’s pretty gratifying actually. It usually is followed up by a “so what the heck are you doing in Besançon?” kind of question.

But that’s what I like about being here most. It’s different than the things and the places and the people I’m used to. It’s been nice having to adjust to something completely out of my comfort zone. And it’s a nice, little picturesque city away from most things major. It has the calmness of New Paltz in a European city setting. There’s not much to hate here, if anything at all. If there is anything to hate, I haven’t found it yet. And I don’t think I will. The Act of Leaving

The Real Definition of Melting Pot

Next ArticleFinding a Second Home