I can’t believe spring break is officially over! I’m so grateful that I had the opportunity to visit five countries in the course of three weeks. I’m constantly looking at my photos and my notes to realize that it wasn’t a dream.

There are so many things to cover and tell you guys, so I’m making four posts of my travels 🙂

I started my travels in London, England! London is the closest area to travel to from Wales (only three hours by bus). When I stayed in London, I stood in an Air B&B.  For those who don’t know, an Air B&B is an alternative place to stay other than a hostel. You are able to find a room in an apartment or a house that can provide you with a variety of extra things to make your stay worthwhile such as free breakfast, kitchen access, your own bathroom, and more! 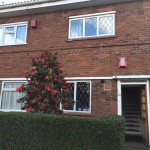 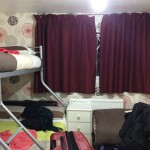 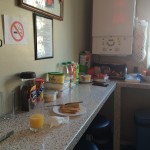 It was just three of us that had the room to ourselves with our own bathroom and breakfast every morning from the host. It was also a great location, only twenty minutes from all the main attractions.

The bus became our main transportation. It was a great way to travel and admire London from the top deck of the double decker. Tip #1: The first thing to remember when you’re traveling through London is to buy an Oyster card. I learned that the harder way when I didn’t have one and it took us longer to get to our place than it should have.

Since our first day in London was spent getting there, we did everything the next day. On our second day in, we spent it doing all the ‘touristy’ things. That included Big Ben, Buckingham Palace, London Bridge, Tower Bridge, Millennium Bridge, St. Paul Cathedral, and King’s Cross. I still can’t believe we got all that done in one day and I think we only use transportation three times! Tip #2: It made be hard and overwhelming, but try to plan as much as you can. We tried to do that as much as we can because there’s so much of London, but so little time. 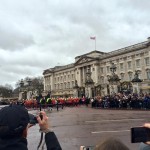 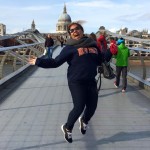 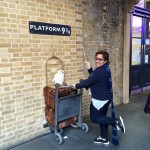 On our third day in London, we saw other parts of London such as Piccadilly Circus, Oxford Street, Soho, Shoreditch, and Abbey Road. London really reminded me of New York City. Each area had a different presence, a different way of making me smile. 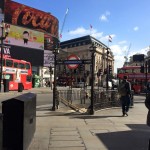 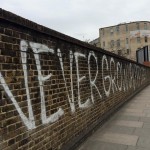 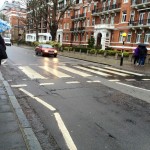 Two highlights of that day was finding a random picture of Bradley Cooper and getting to see the Cinderella exhibition…for free! Tip #3: Always ALWAYS double check on plans. Communication is key! I was stuck with my luggage for about two hours because of miscommunication. So always communicate with the people you’re traveling with. Although the weather was never in our favor (maybe for a short while), it was still easy to travel in London. There wasn’t an area of London that we didn’t see, whether we were traveling by foot or not. I got so accustomed to traveling, I felt like I was a native in the city.

London was so fun and so rewarding with great friends. It was sad to leave London, but I was excited for the next journey. Hello Paris!