The City of Cairo

After attending a lecture by Mohamed Elshahed on the condition of the city of Cairo, its infrastructure, architecture and how both the government’s social and economical policies effect all peoples and the actual city itself, I realized I had not yet blogged about the city or its history. Ignoring that would be a fatal mistake because the city of Cairo is one of the oldest and largest metropolitan areas in the world. So, here is a quick, rudimentary history of the city, some of the problems it is facing since the revolution and an overview of Cairo in general. A quick disclaimer first, there are multiple variations of all of the facts stated below, especially when it comes to numbers and statistics.
Cairo was founded in 969 AD by the Fatimid dynasty. The land composing the present-day city was the site of national capitals whose remnants remain visible in parts of Old Cairo. It is very hard to determine the actual city limits of Cairo today because it is such a sprawling metropolis and includes many other cities, but the area around present-day Cairo, especially Memphis, had long been a focal point of Ancient Egypt due to its strategic location just upstream from the Nile Delta. However, the origins of the modern city are generally traced back to a series of settlements in the first millennium. In 1250 slave soldiers, known as the Mamluks, seized control of Egypt and like many of their predecessors established Cairo as the capital of their new dynasty. Construction projects initiated by the Mamluks pushed the city outward while also bringing new infrastructure to the center of the city. Meanwhile, Cairo flourished as a center of Islamic scholarship and a crossroads on the spice trade route among the civilizations in Afro-Eurasia. By 1340, Cairo had a population of close to half a million, making it the largest city west of China.
Under the Ottomans, Cairo expanded south and west . The city was the second-largest in the empire, behind only Constantinople.Throughout Ottoman rule and beyond, Cairo was under the influence and sometimes direct rule of the British empire before becoming fully independent in 1922. However, British troops remained in the country until 1956 and during this time urban Cairo, spurred by new bridges and transport links, continued to expand to include the upscale neighborhoods of Garden City, Zamalek, and Heliopolis. Between 1882 and 1937, the population of Cairo more than tripled and its area increased from 10 square kilometers (4 sq mi) to 163 square kilometers (63 sq mi). The metropolis began to encroach on the fertile Nile Delta, prompting the government to build desert satellite towns and devise incentives for city-dwellers to move to them.
The Cairo metropolitan area is estimated to be around 20 million people, making it one of the largest in the world and it continues to grow, leaving the government to deal with a continuing problem of over population in many of the most densely populated and poverty stricken parts of the city. This overpopulation has lead to some of the greatest traffic congestion to take place in the world. Even with increased railways and a subway system, traffic continues to be a problem of everyday life in Egypt. Also, the air pollution in Cairo is a matter of serious concern. On many days you can see great smog clouds, especially as the sun sets and you can feel the heavy air in your lungs. Another problem that has worsened since the revolution is the mountains of garbage lining the streets. However, despite its lack of infrastructure and its streets being overcrowded with both people and garbage there is something addictive about the city and is culture.
The economy of Cairo was ranked first in the Middle East and 43rd globally by Foreign Policy’s 2010 Global Cities Index. Cairo also boasts the world’s second-oldest institution of higher learning, al-Azhar University. That is just a quick overview of the long complicated history of the city and also an attempt to write out how massive the city actually is. Below are more pictures of the city as well as a lot of artwork/ graffiti that has been plastered around Tahrir since the revolution. There are three links for the information I had used to write this article including the blog of Mohamed Elshahed which is quite interesting ( Cairo observer) and is worth a look if you are interested in more. Happy Thanksgiving!
http://www.un.org/cyberschoolbus/habitat/profiles/cairo.asp
Of course- Wikipedia
http://cairobserver.com/about 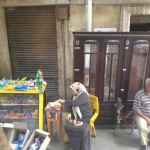 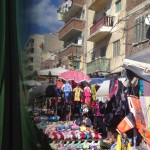 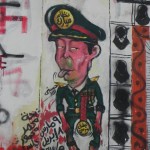 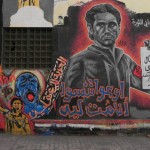 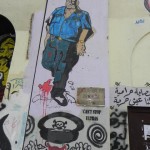 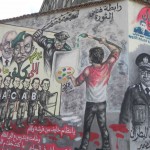 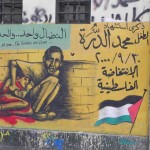 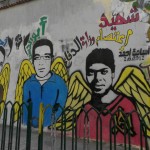 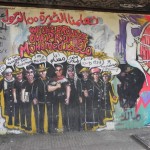 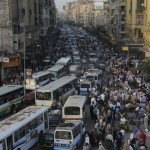 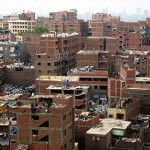 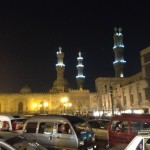 Next ArticleThanksgiving in Ireland!