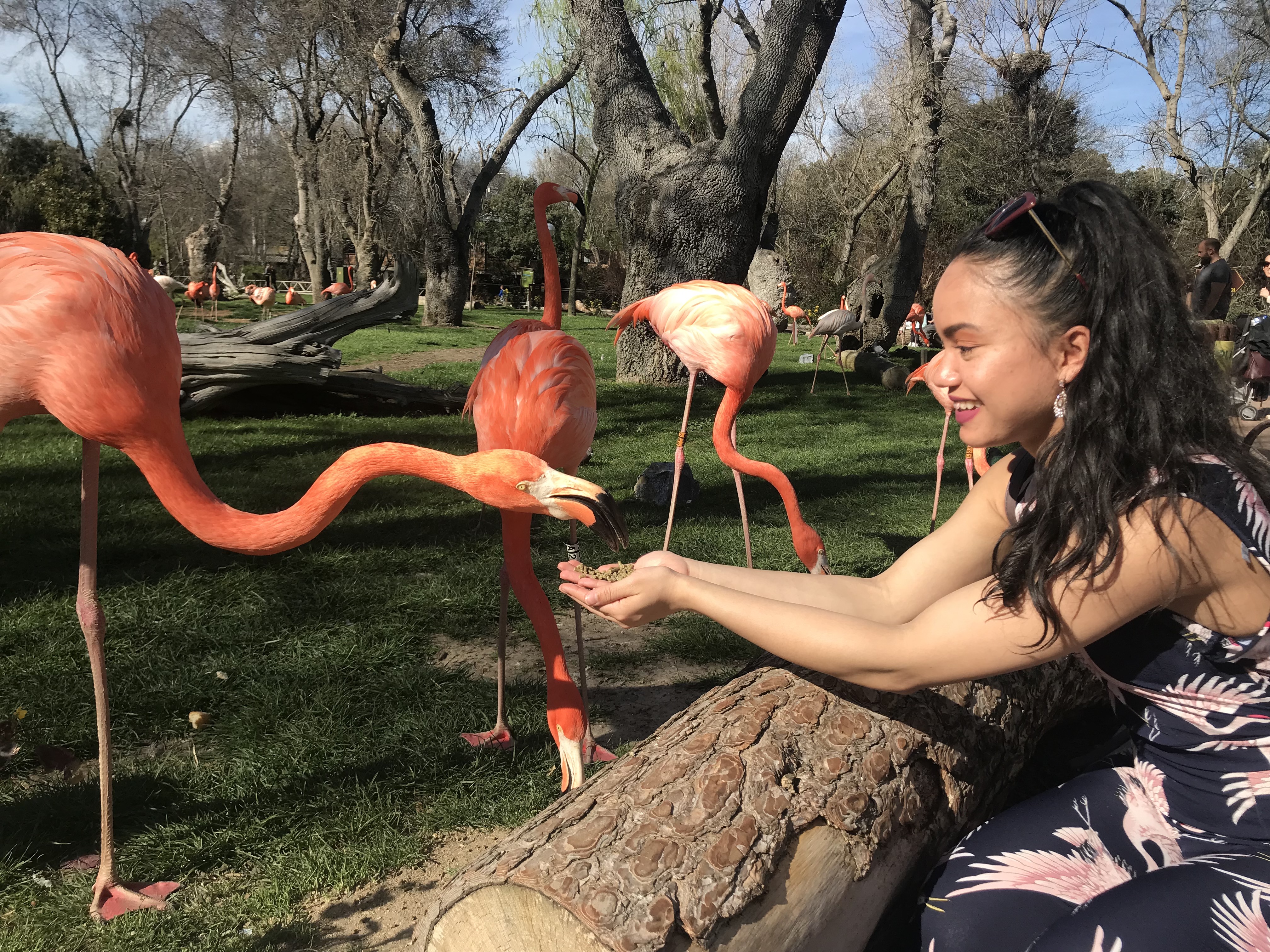 Traveling in Spain from Madrid: Toledo, Segovia, Granada and Other Small Towns

Toledo: This place is wonderful! It is a cute, quaint city of Spain. I recommend going in the late afternoon 3-5 p.m. as you can see the sun begin to come down, and then also get a bit of the night skyline. Both views are spectacular. Here, you can walk up the hills and see the structures that look like ancient ruins and castles. There are museums, but I was just interested in the view of Madrid from the top of the hill, and the outside of the cathedral which illuminated so beautifully in the evening around 8 p.m. It is about a 1 hour ride by bus from a train stop/bus station called Plaza Eliptica. You can use your monthly metro card to get here, so it’s a win-win! This can totally be a day trip (3-6 hours with traveling, eating, snapping pics, and visiting the other touristic sites within). I did this trip in January, and really enjoyed it as it gave me an insight into what else Spain has to offer my very 1st couple of weeks here.

Segovia: This place is known for its famous aqueduct and Disney-Inspired logo–the castle! The aqueduct is a sight to see as its so large in stature with so many arches. The castle is also beautiful and I got to go inside, which was awesome. I had never been inside a castle before, so I was living some of my childhood, princess dreams. I did this trip through a student organization many universities in Europe are partnered with called, ERASMUS. I paid 20 euros to get to and from this city within the southern community of Madrid on a private bus for students, and to get a tour of the place with free-time included. I would suggest however, getting there on your own by Renfe (public train using your monthly metro card) because then you can walk around, eat, and head back home at your own pace. It will probably take an hour and a half by train. I went in February when it was raining a lot, so I suggest going when it gets warmer. This is also a day trip! You may need 3-5 hours depending on if you decide to shop and eat here as well.

Granada: This place is known by all of Spain because it has the famous fortress and castle here called the Alhambra. I took the ALSA bus there and it cost about 30 euros roundtrip from Madrid. It is about 4.5 hours away and so compared to a Trailways bus, it’s a great price! I visited this fortress, and saw it from the outside at a place called “Mirador de San Nicolas.” It was an insane view. The left part of the view had mountains. The middle had the most visited site of Spain, the castle, Alhambra. And the right side had the rest of the city. Getting to the city center from the main bus station where the ALSA bus left us was great because the main buses to the city center were right in the front (as well as taxis if need be). My friend and I also visited the Bañuelo, an arabic bath, and the Casa de Oro (House of the Gold Oven) with arches, pools, and spectacular ceilings.  Granada, which is in Andalusia Spain, has Arabic influence, as it is in the south of Spain very much near Morocco. You can take a ferry from this part of Spain to Morocco (that’s exactly what I did to get there with a travel agency for students and young adults called City Life Madrid). Granada was quite special and very much reminded me of the roads and colorfulness of Morocco. I stood here for 1.5 days, so this can be a weekend trip. I recommend buying tickets to get inside the Alhambra in advance. Thousands of people visit this site everyday, so tickets are often sold out.

Other Towns By Renfe (Outdoor Train/Cercanias Line):  I recommend checking out the towns of El Escorial, Aranjuez, and Guadarrama by taking the outdoor train (Cercanias line). You can use your monthly metro card here, too! So no need to pay any extra to get to these cool towns.

El Escorial has a wonderful monastery that is gorgeous. It took my friend and I about 1.5 hours to get through the inside of this majestic place filled with dungeons and a royal library.  It only cost 5 euros. So worth it!

Aranjuez has a beautiful palace on the outside and inside. Insane glass windows and royalty all around. It only cost 4 euros. Again, so worth it!

Guadarrama is great for hiking! It gives you a little bit of New Paltz in Madrid, and is so gorgeous. The view is amazing, and unreal as usually you don’t expect to see snow in Madrid, but it was so awesome. It reminded me why I love New Paltz so much!

Other Local Places within Madrid:

Check out the Light House of Moncloa (only 3 euros).

Check out Takos near Sol or Gran Via or Callao train stops (best tacos ever for 1 euro each).

Check out the Madrid Zoo and Aquarium (23.5 euros) but amazing experience! I got to feed flamingos, see a dolphin and bird show, and take selfies with bears and giraffes.

p.s. Me feeding flamingos at the zoo in Madrid!