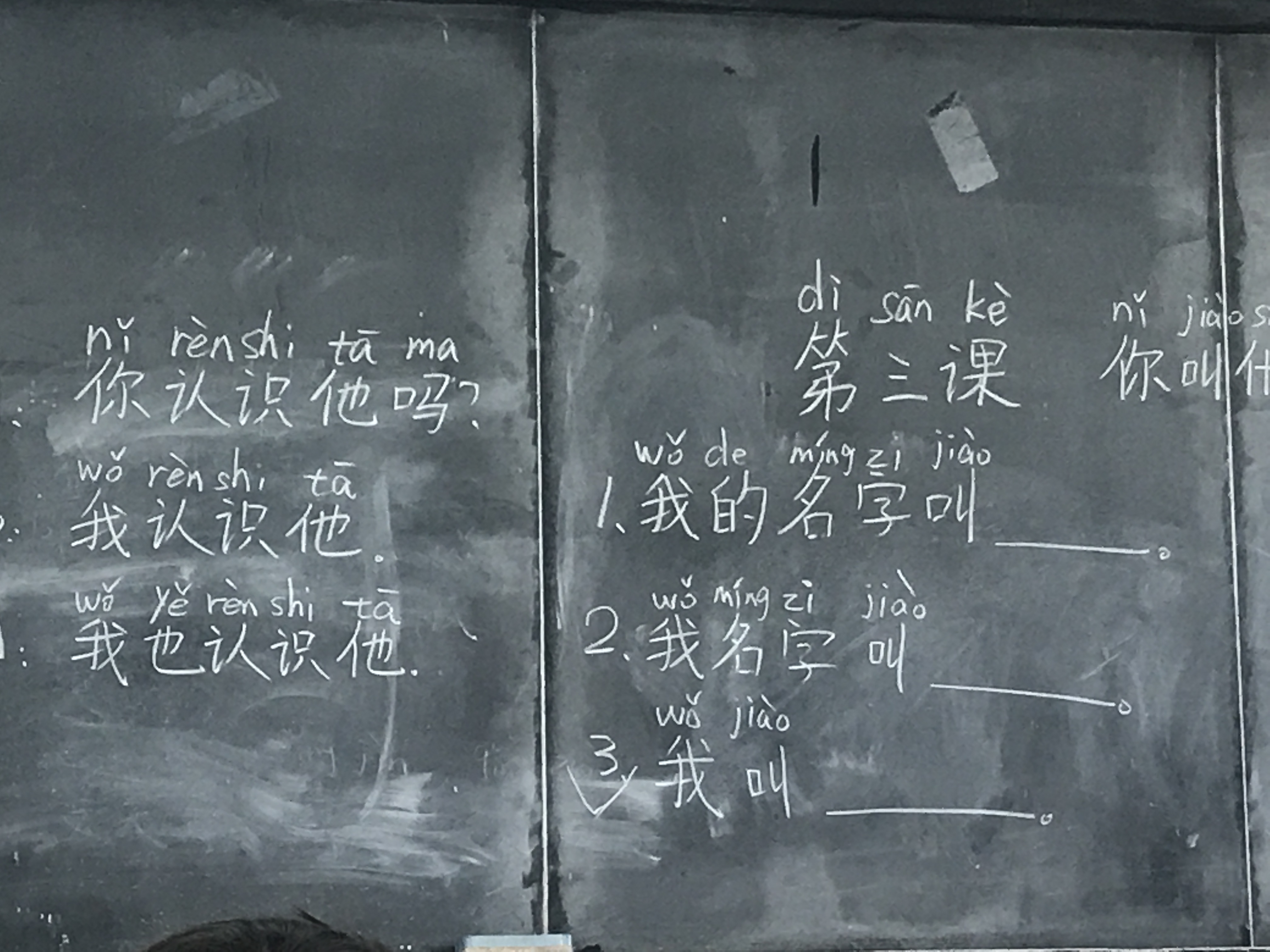 It has been almost a full three weeks since I’ve arrived in China. (I can’t believe it, it’s going by pretty fast) Of course there are going to be major differences, but the major difference that through me for a loop was the academic classes. I knew there would be differences in clothes, music, values, and food such as dog meat, chicken feet (they literally look feet that just came off the chicken a minute ago) etc. However, classes in China are much more relaxed than any of my Western classes will probably ever be.

It was very hard to adjust because I like having a clear cut schedule, with clear cut goals, and clear cut due dates. In China, there is no such thing as clear cut anything when it comes to academics (besides maybe getting your health exam done?) For example, my Chinese language class has only THREE-FOUR people in it. I say three-four because some days there are only three of us and then some days another student decides to pop in and take the class (Guess he felt like waking up) In America, we have attendance and a certain amount of kids must take a class in order for the class to even occur.

In my Chinese class, the teacher tries to match the class’s pace with each individual student, which means, we don’t follow a sturdy schedule on a weekly basis. Another thing is that for the past four literature classes, we have been watching this one Chinese movie with no subtitled and very little explanation from our Chinese teacher who speaks a limited amount of English. (Listen I’m not complaining, it’s super fun to just relax in class and pretend to understand a movie in class, I’ve done it in American classes before. Plus my other classmates are just as confused as I am) I just found it interesting that for our fifth class, our teacher asked us if we wanted to continue watching the movie or move on. Now you tell me….what option do think a group of American 20-24 year olds chose…thats right, we chose to move on! Just kidding, we chose to watch the movie. Don;t get me wrong, maybe this is the teacher’s way of teaching, who am I to judge? It was just interesting to me that he let us decide what we’re doing next class (maybe he thinks highly of our opinions, who knows!)