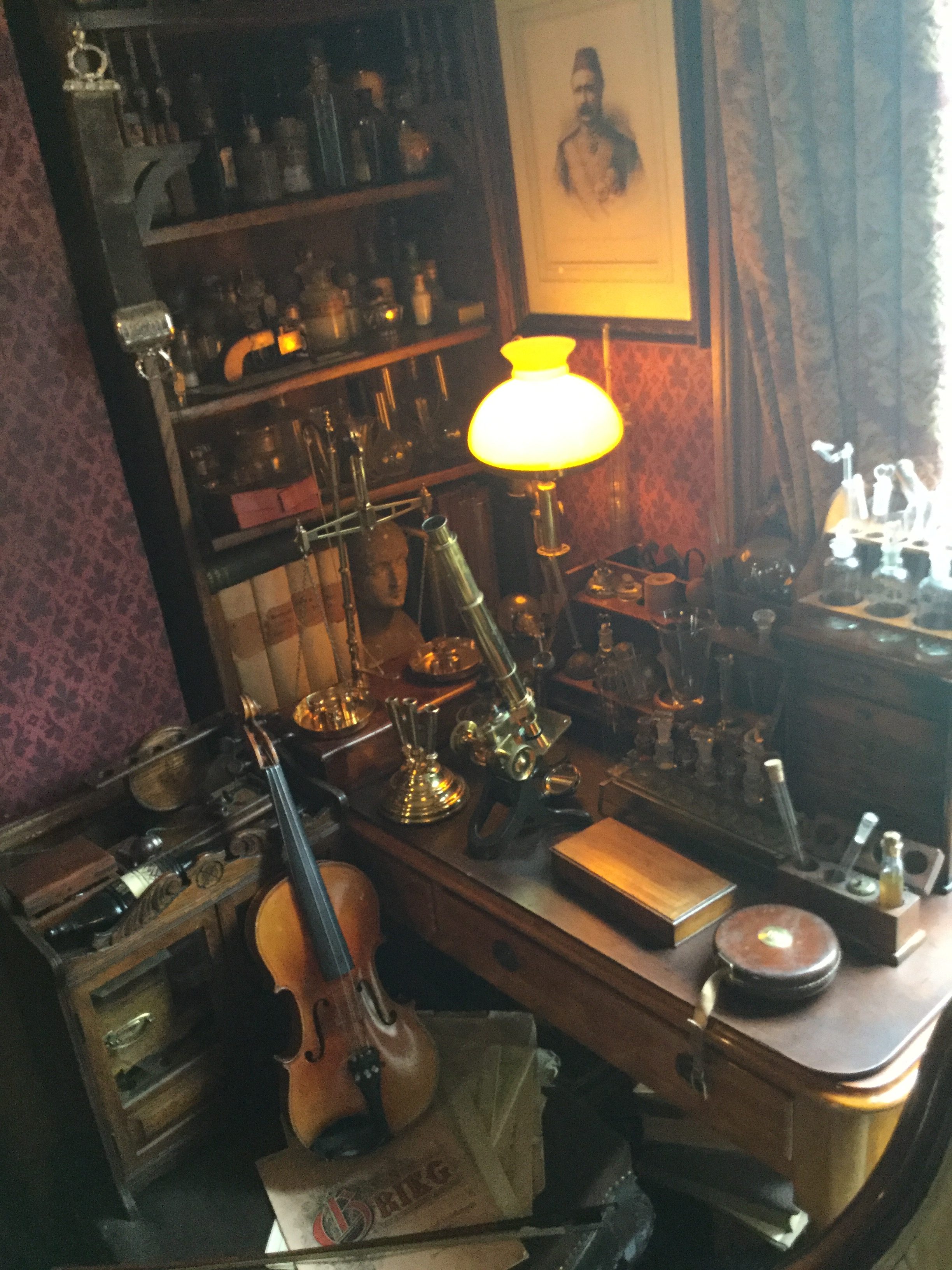 I am taking two classes at Kingston University. They are very similar to classes at SUNY New Paltz, with two important differences: 1) We’re only here for a month, so everything is condensed. For each class I have two papers, and for one, I also had a 10-minute presentation. We have plenty of time to do the assignments at the end of the day. Most afternoons, we go out into central London for class trips. 2) The class content is applied to UK and London-related topics, so its great to be here and experience the things we’re learning about firsthand. Here are some details:

The photo above is of Sherlock Holmes’s study.

I'm a senior second-degree student at SUNY New Paltz. I have a dual-major in art history and creative writing, and I'll be studying abroad at Kingston University, London, during the summer of 2016. I'll be taking a Literature of London course and a Museums and Galleries course.