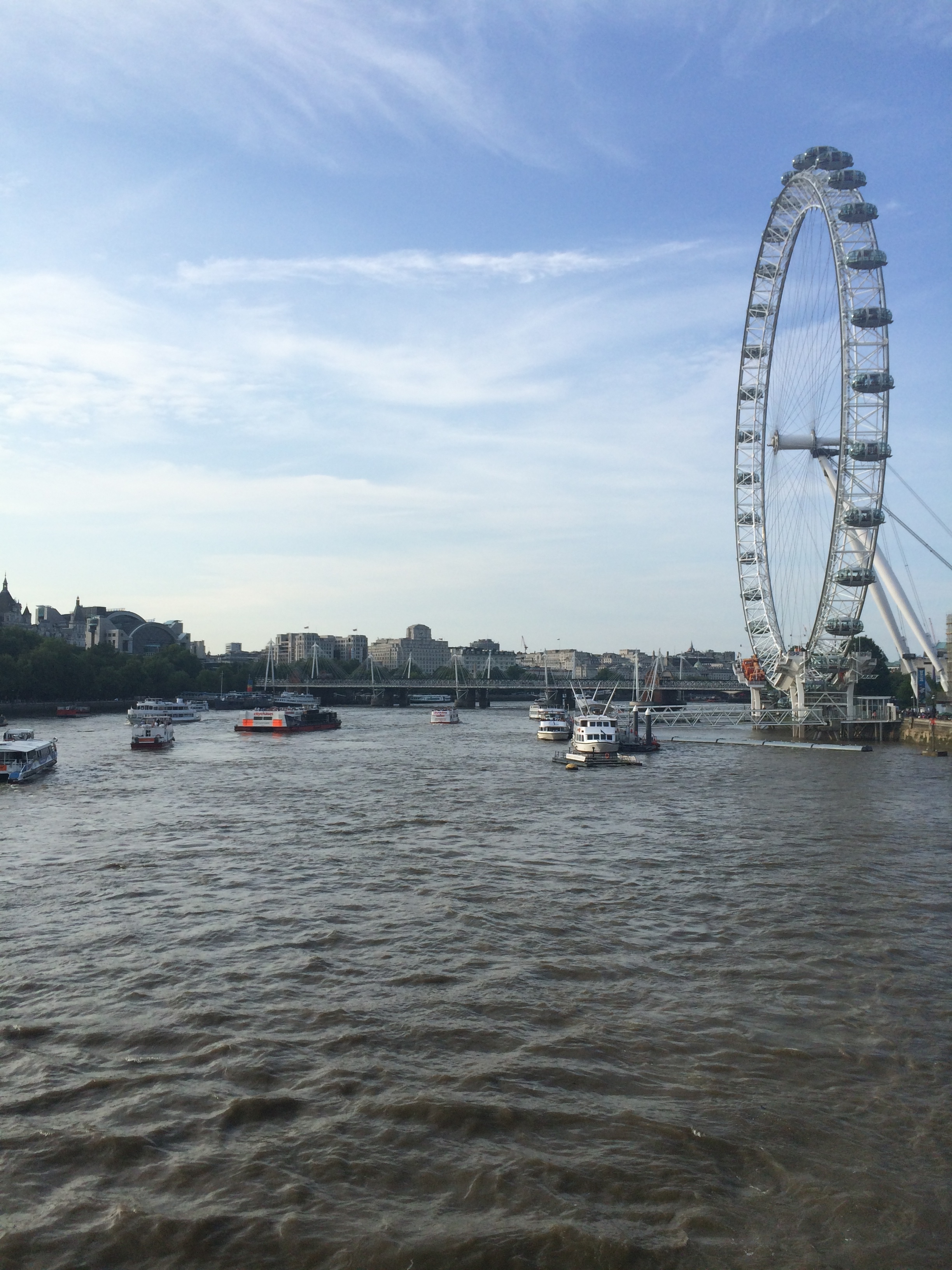 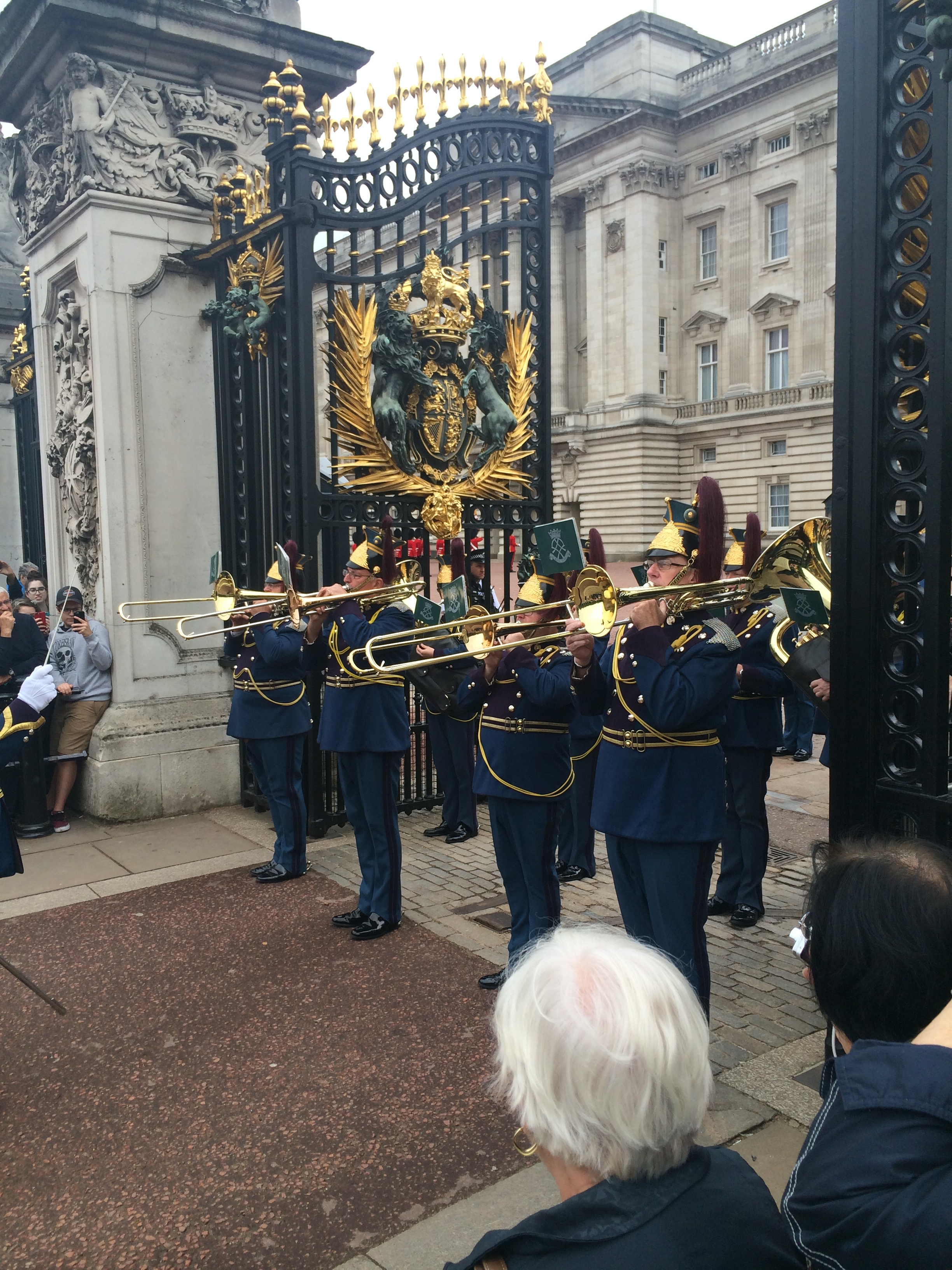 Do I Keep Right on the Sidewalk?

(As seen in the gallery: (1) The London Eye, (2) Procession following the changing of the guards at Buckingham Palace)

When reading Richard II last semester, I remember my professor telling us to pay close attention to the speech John of Gaunt delivers at the beginning of Act II—one that is bursting with nationalism, describing England as a “demi-paradise;” a place comparable to the garden of Eden. Though I have visited this country (a mere) four hundred years after the time in which John of Gaunt spoke about, I immediately could see why London was a place in which Shakespeare could write about so poetically.

My initial reaction upon arriving in London could be described monosyllabically: HOT. Though it cooled down after the first day, which we were told was not only uncharacteristic of this area, but the hottest day they have seen (about 95 degrees Fahrenheit) in the last decade! All of the people in Surbiton (the town in which I am staying; about a 25 minute train ride away from central London) as well as the staff for the school were (and continue to be) incredibly welcoming and patient—especially when we are trying to pay for something and simultaneously figure out the currency!

Anyone that knows me can attest to the fact that I am not very good with navigation, which was one of my main apprehensions when arriving in London. Today is my sixth day in England, and I have to say, I feel fairly confident traveling; especially to central London! The train station, which is easy to navigate and full of foolproof maps of the Tube Lines, is a quick ten-minute walk from my dorm. Traveling through here has allowed me to see a beautiful city with such easy-to-navigate-to sites!

The first two days I went into central London, I was able to hit all the major touristy spots: Buckingham Palace (once for a changing of the guards ceremony), Big Ben (which I learned refers to only the clock and not the tower itself), Trafalgar Square (a tourist attraction known for its four large statues of lions), The Monument, (which was created to honor a 1666 fire and is comprised of 311 steps–quick the walk, but worth the view!), The London Bridge, the tallest building in London: The Shard, The London Eye (which is even more impressive inside than it is at a distance!), as wells as various craft and shopping centers, including the Camden Market.

Because everyone has been so welcoming and friendly, I have not had a chance to feel too homesick just yet. I’m still trying to get used to looking the opposite way when crossing the street and adjusting to the 24-hour clock, but so far, I am happy to be in a place in which everything is accessible by foot—especially in one as rich culturally as London. Bridget is studying English and Creative Writing at SUNY New Paltz. She loves to write poetry and hopes that attending school in London will provide ample inspiration for her to do just that.