Hello all!  Sorry its been awhile since I last posted; I have been busying myself for the last few weeks with some light traveling, schoolwork, going out with incredible new friends, and juggling staying in contact with friends and family!  It seems a whirlwind of how time has flown in the past few weeks.  It seems like just yesterday I landed in Heathrow airport and now it is November 2nd!!!  Nearly 2 months I’ve been abroad and I wish time would  S  L  O  W  down!

As I said before, I have been doing a little traveling around the lovely UK.  My most recent trip was with my British Life & Culture class and we went to the City of Oxford and visited the gorgeous university.  Oxford is most famously known for its prestigious medieval university, with a population of about 165,000.  Located in South East England, the astonishing architecture we got to see on our tour have been around since the Saxon period.  Oxford is the oldest university in the English-speaking world.

Getting to spend the day among students that travel from all over the country and the world to study at Oxford was tremendously exciting!  We actually got to witness many of the the academics and professors dressed up in their gowns for their degree ceremonies.  I must say that if I was a academic scholar at Oxford I might easily be agitated by the hundreds of tourists that pass through.  Oxford is one of the most visited cities in the UK, not only for the university, but also for its amazing shops, theatres, famous pubs, and many of the historical buildings make this location popular for film and television!  The filming of the Harry Potter installations have been shot on location in various parts of Oxford, especially in the Christ Church College.  We actually got to enter the dining hall in this college that has been replicated as the dining hall they use in the film…you know the one with the floating candles!?  It also inspired the presence of Alice in Wonderland making Christ Church College a major Oxford tourist attraction!!! Our tour was also able to see a bridge that was designed after a bridge in Venice, Italy…apparently scenes for the film Brideshead Revisited were shot in this area…it was extremely cool!

I think that out of all the traveling I have done thus far, Oxford has been one of my favorite cities that I have gotten to visit.  There is so much history in this city and you would never believe that the university is consisted of 38 different colleges.  In each of these colleges there are about 300-500 students that study within them.  Its also fascinating to know that some of the worlds most famous leaders attended Oxford, for example former Prime Minister Tony Blair and also current Prime Minister David Cameron.  All in all, in one day I got to be among some of the most promising scholars, walk through the dining hall of one of the most famous films, stand outside a pub that Elizabeth Taylor used to drink at, and went into one of the most famous pubs in all of the UK; ‘The Eagle & Child’ pub which was in association with the ‘Inkling’s’ writers group which included famous authors J.R.R Tolkien and C.S. Lewis!  Yeah…Oxford was pretty AWESOME =] 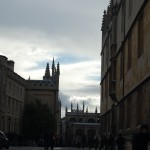 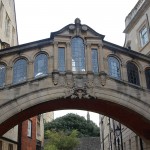 scenes for the film ‘Brideshead Revisited’ were shot here… 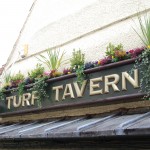 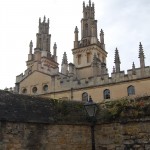 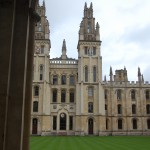 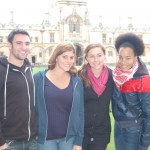 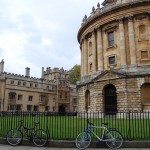 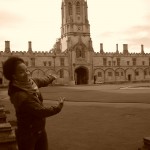 welcome to my humble abode! lol

Next ArticleHalloween, Apple Strudel, and Bonfires