Why wales? Entry #4- Venturing out to Swansea. 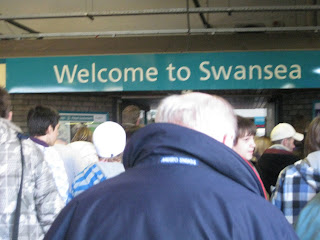 Going to Swansea was somewhat spontaneous; we only decided on going the day before. We didn’t consider the weather or the cost… we were ready to see a new city.
Swansea is the second largest city in Wales.. and it was not that big at all. We were there for pretty much the entire day… it was beautiful. It was much smaller and quainter than Cardiff. I didn’t feel like I was in such a giant city anymore, which was nice. We had lunch at a diner that was the filming location for ‘Doctor Who’, which is a well known Welsh TV show. One of the Americans in our group is a fan of the show and wanted to eat there. We were the only people there under 90, but the food was great, and we had a good time. 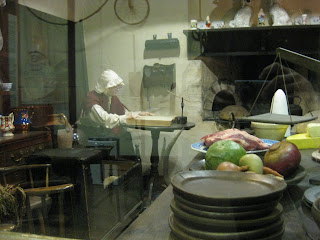 We also went to the Swansea museum, which was a cute little ‘ma and pa’ museum that had a bunch of random stuff on Welsh history. 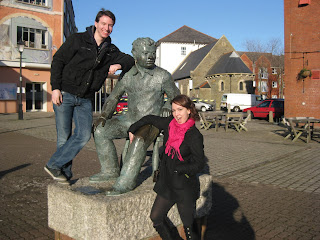 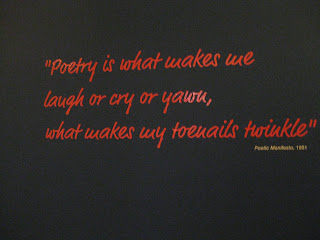 Then we finally found the Dylan Thomas museum. I only really knew of Dylan Thomas from his mention in the movie Dangerous Minds (have you seen it?), but it was really interesting to learn about his life. He only lived to be 39, and he was such an influence on many works.
Swansea was where he was born, and although he lived many years in the US, he seemed to always return back to Wales. It was really interesting and inspiring to view his works, as I also was satified in a new way. This is because through seeing the Dylan Thomas museum, I fianlly felt that I saw something that I could not see anywhere else. I learned of something specifically related to Wales.. which was pretty cool. 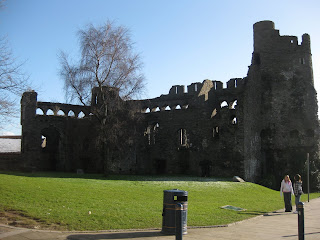 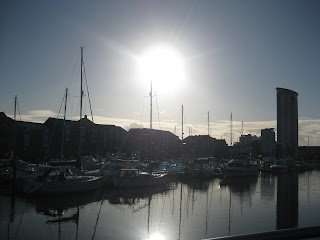 My flatmate is actually from Swansea, and was very surprised when I told her we were venturing out there for a day.
She said that as nice as Swansea can be now, it is even nicer in the late Spring and Summer. She said she would take us back and bring us to the nice beaches in Swansea. I can’t wait.
I really can’t wait for it to be nice out though! The weather here is not as bad as we expected, but I still love the warm weather. I can’t wait to be able to leave my room without a jacket!

Next ArticleTales from Italy- ch. 2: Erasmus