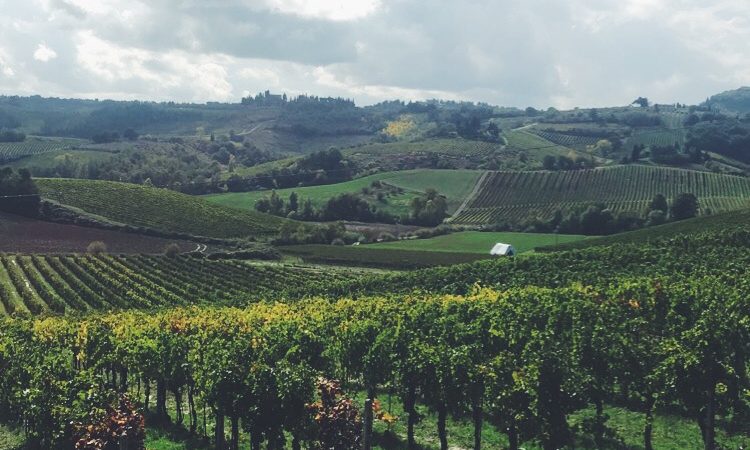 Buonanotte tutti! Or, I suppose it’s still the afternoon for my friends and family back home. The past two weeks have been filled with so much exploration and adventure and I am not complaining.

Last weekend I went on one of the most amazing trips of my life to Amsterdam. This city is so perfectly picturesque and even though all 165 canals look generally the same, I snapped a picture of every single one we passed. Despite the chilly weather, I immediately fell in love with Amsterdam. Every bridge and side street is filled with tons of bikes, as they are one of the most popular forms of transportation there. The people there were also extremely friendly and were always looking to lend a helping hand to a seemingly lost group of American girls. Though we were only there for a few days, we were able to see so many things. We visited the Van Gogh Museum and the infamous “I (Am)sterdam” sign because we obviously had to take the cheesy pictures in front of it. Afterwards, we took a tour of the Anne Frank house which left us feeling a bit emotional and uneasy, but it was an unbelievable place to see. We traveled about the city via tram and absorbed all of the beauty before us and tried to explore as much as we could in just a single weekend.

Today I returned from an equally as beautiful city, Firenze. Florence has been at the top of my list of places to travel to for a very long time and it did not disappoint me in any way. Unfortunately, the first night we arrived it rained. Hard. The entire night. After getting settled in our apartment and purchasing some umbrellas, we decided to make the best of it and braved the storm. We ended up at a great little bar/restaurant for most of the night recommended by my friend Erica who studied abroad in Florence last semester. It was a perfect place to spend a rainy night. The next day we signed up for an all day tour of Siena, Tuscany, San Gimignano, and Pisa! This was honestly a wonderful tour and I would highly recommend it to anyone who happens to be in the area(Best of Tuscany Walkabout Tour). We took a coach bus to all of these places and were given time to explore each area after the tour. The tour also included a delicious lunch and wine tasting at the Chianti Wine Vineyards(pictured) which is an organic farm that makes wine, olive oil, and other Tuscan treasures. Before leaving for Milan this morning, I stopped at the Central Market and purchased a few of Florence’s finest genuine leather goods, which was a perfect end to my trip.