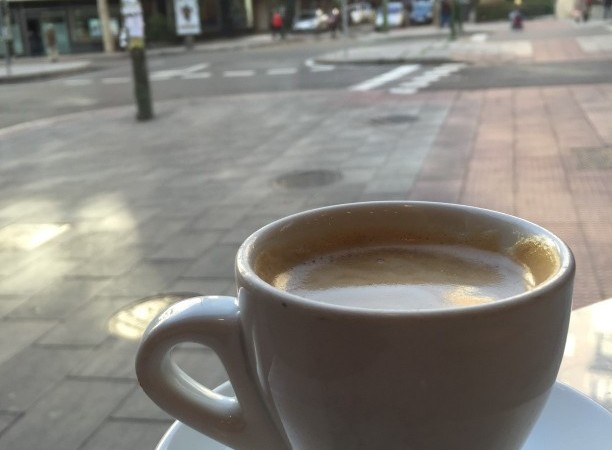 As I stepped off the plane and into the terminal, Spanish engulfed my ears. First thought: Shoot, what did I just do? Seriously what was I thinking coming to a country where I can barely speak the native language? How am I supposed to get a taxi to my apartment? Where even is my apartment? Is it too early to call my parents?

I somehow got a taxi to the other side of Madrid.

Stepping into my apartment was like stepping into a stereotypical grandmother’s home. I glanced warily at the old carpet, old couches, and old books on the library-style shelves. How is it possible for everything to appear so…old? Even the microwave looked like it should have been buried sixty years ago.

The landlord chattered away in speedy Spanish as I sized up the place I would be living for the next four and a half months. I offered her plenty of affirmative “Sí” answers in hopes that she would believe I understood half of what she was explaining.

Here are some things I did understand:

When she eventually handed me the keys and left, I was left to wander the place alone. Its old appearance wasn’t getting any better. It was still a very grandma-like apartment for young students. Although I did have misguided dreams of some posh Madrid flat with a working oven, this is it. This is my grandma apartment. My grandma apartment that is less than a two minute walk from my favorite coffee shop to get the typical Spanish café con leche (the picture at the top of this post). My grandma apartment with three new friends to live with. My grandma apartment…in Spain. And that’s really all that matters. Fun fact: there are no dryers in Spain. No more saving my favorite shirt to wash an hour before I need it!