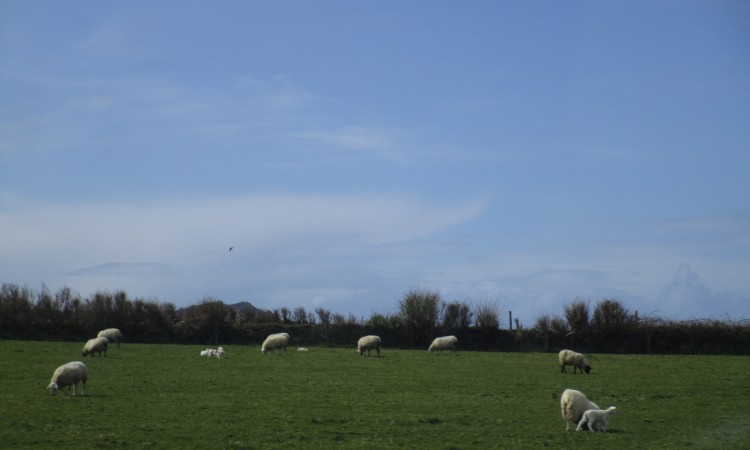 The classes here at the University of Limerick are really really different from SUNY New Paltz. It’s mostly lecture based with class sizes of 100-200 students in a lecture hall. It’s definitely a culture adjustments as well because most of my classes back at New Paltz involve a LOT of discussion (especially since I’m a Sociology Major). However, the classes do seem easier than New Paltz because the lecturers (not professors) post ALL the notes and lecture slides up online. In addition, there’s also one assignment or exam for the class that make up the whole grade. The courses here are a lot less demanding. But because the courses here are lecture based, are easier, and are less demanding, they’re also more boring. I really miss having debates and discussions in class. Sometimes I find myself zoning out in lectures because I’m sitting in a big auditorium, listening to a monotone lecturer for two straight hours.

I am taking a variety of different courses though. Two sociology – Sociology of Love and its Dark Side, and Gender: Sociological Perspectives, a traditional Irish Music & Dance Course, and one psychology – Psychology of Social Issues. I’m learning Irish Step dancing in my Irish Music & Dance class, it’s quite hard. And there’s a LOT of hopping. We’re having a end of the semester performance for it, next week (I still don’t remember half of the steps!) In my Psychology class, we had to organize and participate in a 10K marathon. The goal was to increase exercise in our daily lives thereby, contributing to one’s mental health and happiness. In addition, we were also able to raise almost €5,000 for mental health awareness and suicide prevention. I have never taken a class such as this, and I’m glad I did! 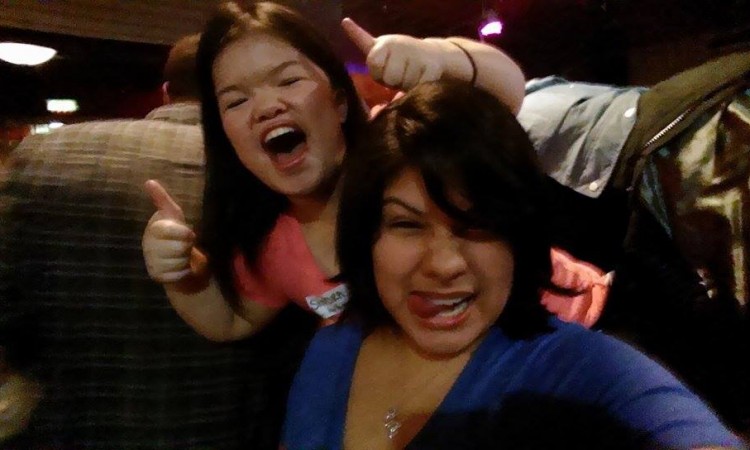 I am having a great time here so far. I’m seven weeks in and I am loving it. I’ll have to admit, I am getting slightly homesick here and there (mainly because I don’t know how to cook…and I don’t know what I’m doing in the kitchen 99.99% of the time) I have always been so fascinated by cultures and I’m really interested in learning about them. Although one of the primary languages here in Ireland is English, the dialect here is so different! I have caught myself saying: “chips”, “lad”, “brilliant!”, “no bother”, and “you’re grand”, and “cheers”.

And the weather! It is practically summer over here! As a New York (City) native, I am so used to the cold…not to mention, it’s probably snowing as I am blogging right now! It’s usually cloudy and around 30-50 degrees Fahrenheit here. I was given the notion that it was suppose to rain a lot of here. If anything, it has been sunny more than it has rained. I think I only wore my rain boots once the whole time I have been here so far!! No complaints though, I am absolutely loving this weather. It really brings out Ireland’s natural beauty. The people are also really nice here as well. They’re very kind and show great hospitality. I remember one time, I was having dinner, and I tripped and fell on my way to the restroom. As soon as my body hit the floor, one of the employees came running towards my direction and made sure I was okay. And upon exiting, he asked if I was okay, and he seemed so worried!

As for food, I don’t think I’ll ever say this…but I think I am getting sick of potatoes! They literally have potatoes for every meal, and in many different variations. Mashed potatoes, french fries (chips), potato wedges, Shepard’s pie (which they make great here!), hashed browns, you name it! I haven’t had the chance to get a full Irish breakfast yet (it’s actually quite heavy!) but I did have small ones. Croissants and tea! Tea is probably the only thing I will never get sick of in Ireland. I absolutely love tea and it is my favorite hot beverage. They drink tea like water over here. It’s brilliant! (btw I am NOT a coffee person)

And so it begins…

Hey Readers! Due to technical difficulties, my blog was not published in time before my departure. So…some of my posts may be in past tense! However, thank you for following me and reading about my experiences! I hope you enjoy reading them as much as I enjoyed blogging about them! Cheers, Sandra xx

I remember about two weeks before my departure, I went on this frenzy and panic that everything was going go all wrong. I started imagining crazy scenarios where I was going to be kidnapped or lost in the middle of a mountain region with no electricity or contact with anyone. I remember having to call United Airlines almost everyday with some bizarre question about baggage or my flight, and to make sure everything was okay. I suppose the paranoia was normal, since I’ve never really left the country, and have never really been on my own. It’s a scary feeling…hell, it’s still scary. But even with all the paranoia, I still managed to pack 48 hours before my flight (which is no surprise because I always pack at the last minute.) Even a few hours before my flight, I was STILL packing.