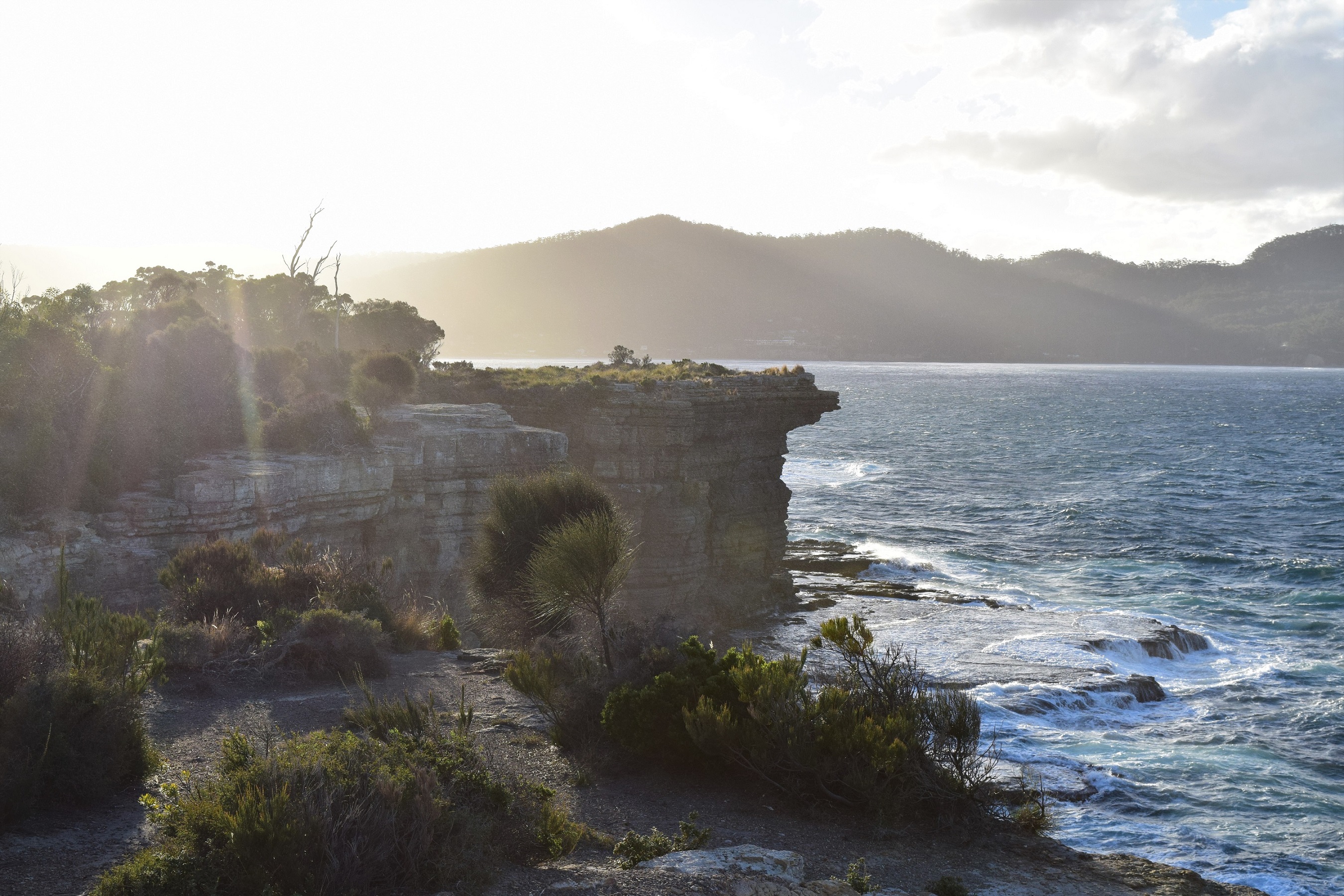 After having spend a good amount of time in Australia, it’s become very clear to me that each suburb, city, state, and territory is in a very intense but friendly rivalry with one another. Sydney and Melbourne both claim to be the greatest city in Australia (if not the world), Queenslanders tease Victorians about the cold weather (and vice-versa with hot weather), and South Australia yucks up the fact that it was the only colony to have never accepted convicts. Sports matches between cities are rooted in deep loyalty to the home team, and every city or state has its claim to fame that supposedly makes it unique. But through all of it, Tasmania always gets the short stick. Not part of the mainland, cold, and bogan, Tas has heard it all. But after having been there, I think that Tasmania certainly makes the others run for their money.

Originally, I didn’t care all that much about seeing Tasmania. I knew it was seen as lesser by the rest of Australia, a lot colder than mainland, and I didn’t actually think there was that much to do. Flash forward to midsemester break, and I’m watching a good number of my friends having an absolute blast in Tasmania, climbing mountains, driving in the bush, even doing an aerial tour. Now I wish I’d tried to go with them and blown a few hundred over break instead of being smart and saving it, and I tell myself if I get the opportunity, I have to go myself. Later in April, I look up flight sales and see a $100 round trip ticket to Hobart for two days. After taking a hostel, food, transport, and activities into consideration, I realise I can make my own trip for less than $300 US. Although I wanted some of my friends to come, I realise that instead I can make this my own special trip, and prove to myself that I can do a single trip all by myself to such a remote area as Tasmania.

Immediately, things don’t go to plan. I have to spend time focusing on my finals and summer class the week before Tas, and before I know it it’s 11:00 the night before my flight and I still have no plans. Nor do I actually have my homework done. I have to finish my homework in the morning before my flight, and tell myself that I’m not leaving Hobart Airport until it’s submitted. And of course, just not having the time at Melbourne Airport, the first thing I do on Tasmanian soil, is submit my thesis on Robinson Crusoe. After that, I step out into the brisk air of Tasmania. And let me tell you, it was COLD (those of you who know me know I’ll wear shorts up until the first snowfall at home, so if I’m actually cold, it’s cold). I make my way to the hostel, which is relatively freezing once away from the main fireplace and up in my room. I don’t have the ability to drive out on my own, seeing as I can’t rent a car, and with Hobart being such a small city, my attempts to construct a plan are rather difficult (not to mention many of the tours I looked at were for different days or seasons than I was here for).

With not a whole lot else going on, I wander into the city of Hobart, my only real aim being lunch. I almost feel cheated: having come at such a cold, dead time of year, and not really being able to do much of anything. I slowly start to discover, however, that maybe Hobart is exactly what I want in my first me-trip. The city is very small, with only about two hundred thousand residents, and I can navigate everything using a very simple paper map. Also, maybe because of the size and homeliness, almost everyone you meet is extremely friendly and helpful. I’ve said before that I find Australians are much friendlier overall than people back home, but in Tasmania this seems especially true. People help me find my way, things to do, and places to eat. This takes me to Salamanca Place, an older historic type area filled with cafes, shops, and a museum or two. I love the architecture, and the pizza I have hits home as I take a very short walk to the harbour. I look around at the boats, something I could probably do for hours on end, and sign up for a short harbour cruise (which wasn’t really worth it). Afterwards, I scout out the town some more, before making my way back to hostel around dinner time before it gets too cold. I spend most of the rest of the night there, talking to other travellers and telling each other our great life stories.

The morning I wake up earlier, both to check out and prepare for a bus trip to Mount Wellington, the defining landmark of Hobart and from what I’m told an incredible lookout point. Generally, the weather is warmer and less cloudy, but on the mountain gets close to freezing. We only stay out for 15 minutes or so, but the view is completely phenomenal. You can see the slight imprint of a city amongst the bay of the river, and for miles upon miles see various mountains, forests, and the ocean. After returning from that around 12, I head back into the city to more sights, before another cruise at 2:30. The lighthouse cruise was probably my favorite part of the trip, and easily one of my favorite side-trips in Australia. We got to explore the beautiful coastline, see Australia’s oldest lighthouse, and I even got to drive the boat! (Study Abroad Team and the Australian Government said I couldn’t drive a car in Australia. Didn’t say anything about boats). It’s a good two and a half hours on the ocean, something I absolutely love doing, and if I had more money to blow I’d buy my own boat for the fun of it. With it being dark, and there not being a huge nightlife in Hobart, I go back to Salamanca Place for dinner, before planning a walk around the night harbour (it’s much nicer out than yesterday). That is, before I check my phone for a text message.

And just like that, my flight back home is cancelled (note to self: JetStar is cheap for a reason). I frantic for a little bit, seeing as I’m by myself on island with a final to attend in two days that I need to be back for. But after calming down, the first thing to do is march back to the hostel and see is they have any open rooms. Luckily, they do, and now I’m on to planning my replacement flight. With the option for an early flight back in the morning, or late at night again, I decide to plan my stay for another full day. It was easily the right decision, and I scrambled next to find a trip for that day. I found a small tour group exploring Port Arthur, one of Australia’s oldest and most notorious convict sites, something a history buff like me would be fascinated by. The next day, I check out again, and board the bus for my trip, with a whopping 4 other people. We stop at a puny village called Richmond for breakfast and a comfortable start to the day, and I fall absolutely in love with the village. We then head to Port Arthur, where, being Tasmania, the weather changes against us, but I feel the cloudiness and occasional rain adds to the ambience of being a notorious run-down prison. I can see how it’s not for everyone, but I certainly enjoyed myself immensely.

On the way back, the sun popped out again and we stopped at various other lookouts. Tasmania has a feel, in some ways, like it does back home, with autumn-like New England weather, and much of the general architecture reminds me of small colonial towns I’ve seen back home. But in other ways it’s very much Australian, and it may very well be the best mix I’ve seen between the two worlds while still feeling unique. The lookouts, needless to say, are beautiful, and I wander across ancient caverns, magnificent forests, and quaint fishing spots. The trip ends at around 5, but while the guide (who was fantastic, as any fellow “Jon” is) offers to drop me at the airport, I still have five hours before my flight. I decide to get off at the city centre, which while dead brings me to the mall for a quick snack, and, seeing as I have nothing else in mind, to the movies for the latest Star Wars (also great).

Overall, I learned quite a bit from this trip. First off, plan more. It really can go a long way. Also, don’t be afraid to jump at the opportunity to do something fun when presented, and worry about money when you’re dead. Experiences are worth far more anyway. But also be open to change, and feel free to go with the flow every now and then. Most of the time, it’ll still work out, and everything that happens does so for a reason. Hobart was the perfect first self-guided trip for me, teaching me a lot of valuable lessons while also being heaps of fun. Its small size was perfect for me, and I even despite ‘proper’ planning I got to do more than I could imagine in such a beautiful and remote part of the world. All in all, it might be my favourite trip I’ve taken in Australia, and that says a lot when the first day is cold as hell, the second your return flight is cancelled on short notice, and the third you spend in prison. 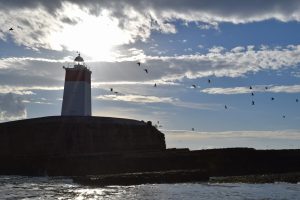 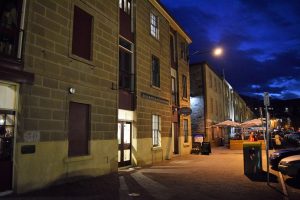 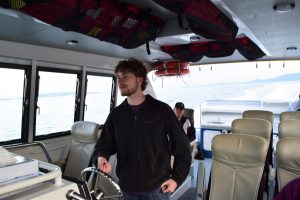 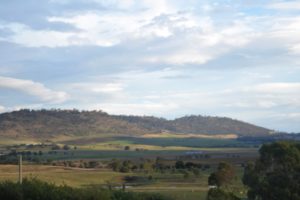