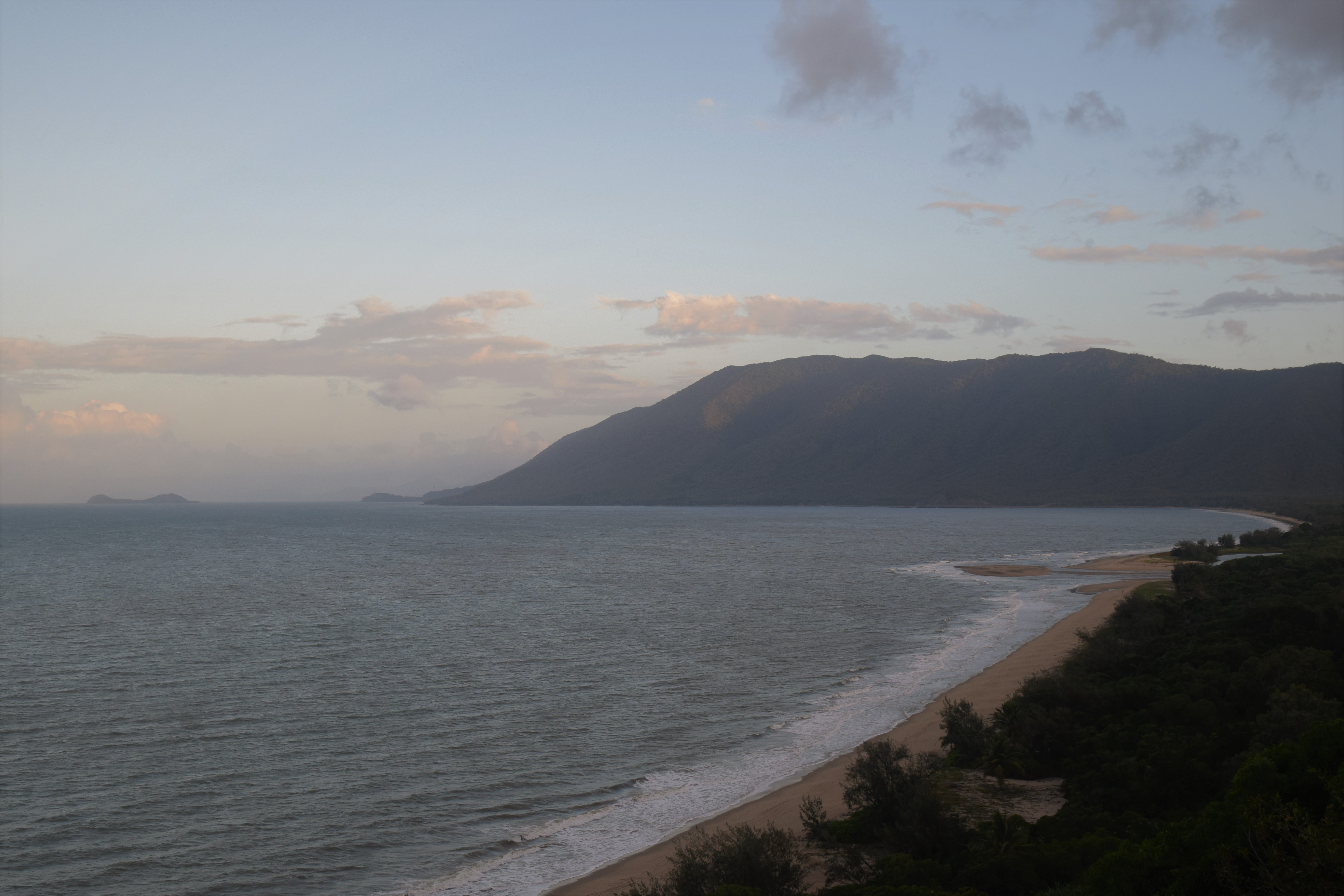 (Written from 25th April, just past halfway point in time in Oz)

You look around and see the great nothingness surrounding you. There is no land, only water. But despite what appears to be emptiness, below you is perhaps among the greatest flourishing of life this world has to offer. Thousands of miles of coral reef wrap around the northeast coast of Australia, the largest living organism on the planet, and unlike the Great Wall of China (unfortunately for the Chinese) can be seen from space orbit. With such diversity, this is the epitome of a strange and unfamiliar world, and unfortunately, a dying world. This must be the work of God himself: the reef, its abundance of life, the mere thought of you having travelled all the way out here to a sight few back home will ever see. You see the first of the snorkelers headed out into the waters. And here you are, about to do something no one back will ever experience. You realize once again how choppy the waves are and how terrible dinner was last night. You’re about to hurl into the Great Freaking Barrier Reef.

Planning this trip was one of the first things I wanted to do. Up there amongst the Serengeti plains and Amazon rainforest, the Great Barrier Reef is one of the most iconic parts of nature, with such an incredible amount of life found in one spot. As I mentioned earlier, it can be seen from space. And as sad as it is, it may not last forever. If I don’t do this now, I may never get to see it. But combined with a turbulent flight the day before, a bad pizza that kept me up sick a good chunk of the night (shout out to the Domino’s in Cairns), I was really not feeling it when I woke up in the morning. I almost didn’t even go, but again, if I didn’t now, when would I? After some serious questioning and Joseph persuading me, I decided I really couldn’t miss out. And so, I got on the boat, embarking on the incredibly long and rough boat ride to one of the outer parts of the reef. You can’t see much from the surface, but there are occasional fish that come near enough to spot them, and even the occasional turtle if you have a keen eye. I was still feeling sick, so when everyone else went to scuba dive I stayed on board. If I was going to do this, I needed food first.

Lunch wasn’t much, but it was enough to get me going and ready for the afternoon. Though I didn’t get to snorkel, I decided instead I would try my hand at scuba diving. I’d never done it and it was something I’ve always wanted to do. There’s that moment of hesitation on the side of the boat holding you back. The oxygen tank is heavy, the flippers awkward, and you’ve never relied on a regulator for breathing. Not to mention that you’re in the middle of nowhere. No matter how good you think you may be at swimming (I’m not) it’s an incredibly daunting feeling. Then you go under… and it’s breathtaking. So much so that it really is hard to describe in words. You’re surrounded by fish of all kinds and colors, getting up close and personal with creatures you’d only ever dreamed of. There’s an indescribable feeling of awe and admiration that swallows your entire body. Every corner of your eye is capturing something incredible, each new sight more and more magnificent. I didn’t see anything big like a turtle, shark, or stingray (maybe that was for the better), but it was an experience that will literally be impossible to forget.

The next day was sort of secondary to the reef at first glance, merely an extra part of the travel package and something to fill up an extra day. I’m proud to say it was probably one of my favorite days in Australia so far, definitely top three or even top two. We spent the day touring the Daintree Rainforest, the oldest in the world, with a small group reminiscent of the Great Ocean Road I previously embarked on in Victoria. The driver, Wyllie, was easily the best part of the trip: the most true-blue Aussie I’ve met with an uncanny resemblance to Steve Irwin (he doesn’t really look or sound like him, it might just be the fact that I’m not from here). Very entertaining, friendly, funny, informative, and outgoing in every sense, this bloke easily was the best tour guide there could be. We hiked in the rainforest searching for cassowaries (not too much unlike Russel searching for a snipe in the movie UP), spent time exploring incredible beaches, went crocodile sightseeing, and even went swimming in a rainforest pool (not the same place as the crocs)! Just as much as being at the reef, being in a rainforest is absolutely different and unique from anything I’ve experienced back home. Moments like this make you realize just how special it really is to be in this new world.

We had one more day in Cairns (pronounced ‘cans’, hence the title), and with the city being so small we didn’t have much of any plans at first. After some research, we saw a ferry that could take us to Fitzroy Island, and decided we might as well see what was what. Presented with the opportunity to scuba dive once more on the reef (actually some combination of scuba and snorkeling- snuba, they call it), I jumped at the chance. After all, this time was cheaper and longer, and I wasn’t sick. I somehow managed to convince Joseph to go too, who could not swim at all, and upon arrival we quickly suited up. Once again, the experience was astonishing. I’d say it was better than the first time even, largely due to not being sick and actually getting my money’s worth this time. On shore again, Joseph and I made quick friends of the couple who’d snuba-ed with us, having lunch while taking about life. Then was a quick trip to the beach to try snorkeling, but because I was pretty terrible at it I didn’t stay long. I went instead on the hardest hike I’ve ever attempted (even harder than the Figure Eight Pools in Sydney). This mountain was only 375m high (1200 feet roughly) but had to be climbed at a 60 or 70 degree angle most of the time (fair dinkum). I’m great at hikes, but this was a challenge for me. So much so that I actually had to stop for a few minutes. Not for pictures of admiring the view. I had to catch my breath. Twice. If you know me, this is not something Jon Kline does.

All in all Queensland was a life changing experience, and something I will always remember. I did so many new and cool things that I’d once only dreamed of: exploring a rainforest, scuba diving the Great Barrier Reef, stopping a hike due to exhaustion… the list goes on. It also opened my eye up to how precious life on this planet really is. I’ve always loved nature, and always been an advocate for preserving it as best possible, but being there in person gives you a whole new eye. Hearing about the destruction of the oceans, the chopping down of the Daintree rainforest, seeing in person bleached coral reefs, is heartbreaking. When the Great Barrier Reef has a shorter life expectancy than you do, it’s a sad day for nature. I may be the only one back home to ever come here, to experience this kind of natural beauty such as the reef or rainforest. But I don’t want to know that I’ll ever be the only one. That my kids may not have the same chance as me to scuba dive in the Great Barrier Reef or hike in the oldest rainforest this world has to offer.

So, what can I do? In a sense, nothing. But in another, everything.