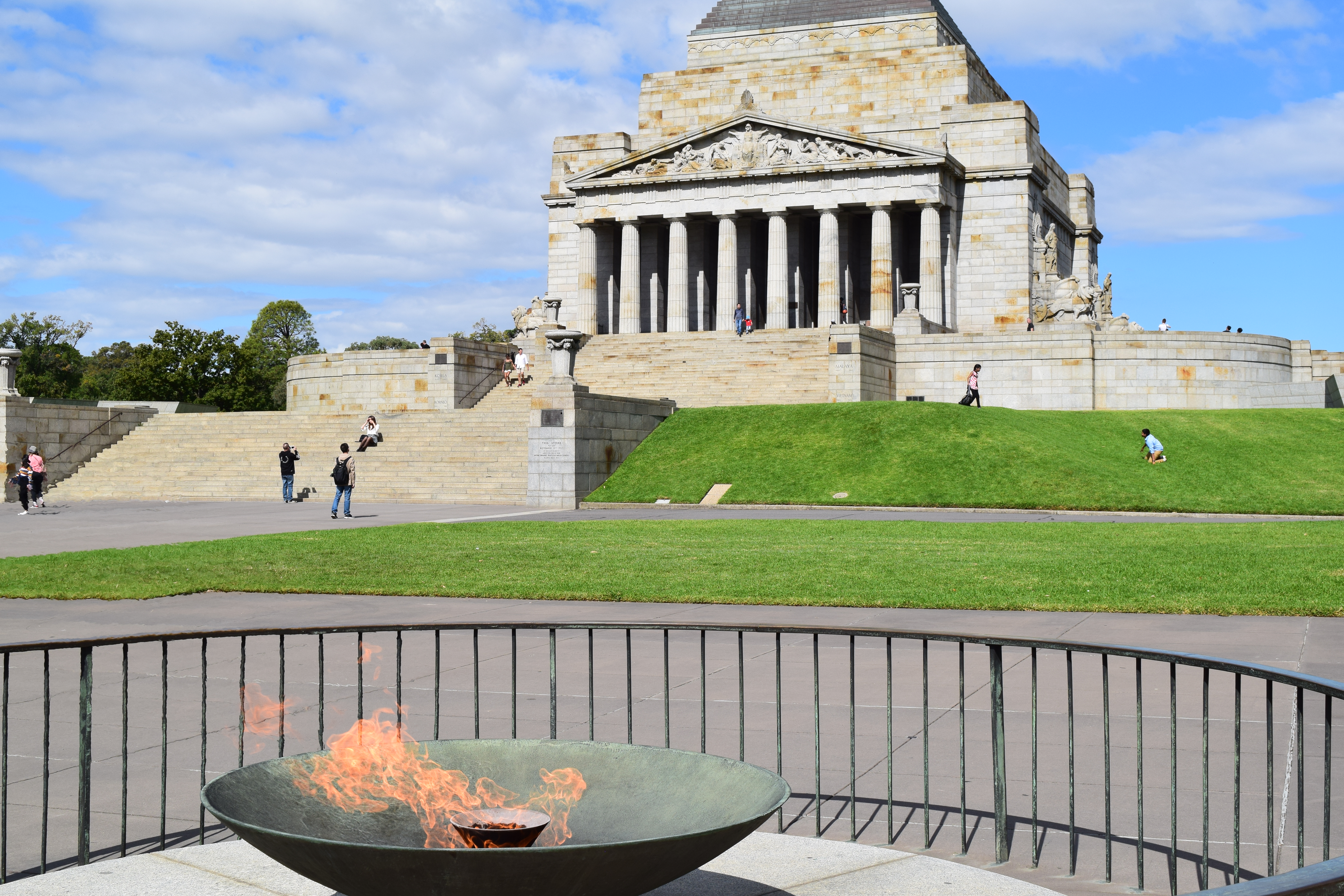 We Were On A Break!

Ahhh break. Ten magnificent days out of school, with no worries whatsoever. I have the chance to see so much more of the world, so much more of this great country. Heading to explore the next great cities of Australia: Perth, Adelaide, Sydney, every site and building more magnificent than the last. Trekking west into the desert, admiring the great stars of the Outback at night, with a campfire to warm me and bush tucker to keep my stomach filled. Or perhaps north, to Queensland, exploring remote islands, at the merging point of the oldest rainforest in the world and the only natural site you can see from space. Tasmania to the south also appeals: I have several friends going already, and while I’m at it, might as well go to New Zealand. It’s right over there.

It sounds magnificent, doesn’t it? Having money? Now my position is not as precarious as it could be; I have money, and it should be more than enough to get me through the rest of my time in Oz, and then some. But there’s a difference between having money and being able to spend it freely, and spending money on expensive flights during break when I still have a fair amount of time here I decided was against my best interest. I’ll have nearly a month of free time at the end of my travels, and if I play my cards right I may still be able to make some of these big trips. I already do have two trips planned: one in Sydney for a long weekend, and another in Cairns right afterward. But in the meantime, I’m stuck in Melbourne, trying to do Spring Break on a budget.

The first thing to do in planning a break is planning who to spend it with. Seeing as two out three members of my immediate family don’t even have passports (cough cough Dad and Shelby), there’s no chance of spending my break with them as I usually would. Luckily (though maybe not so much for him), my mate Joseph was in a similar position as mine, so we decided we’d try and do what we could over the week together, seeing parts of Melbourne yet to be seen. On a budget, we wanted as many as possible of our excursions to be cheap, and surprisingly there’s a lot to do in Melbourne that is either cheap or offers student discounts.

That started with a trip to the Melbourne Aquarium, one of the few places we ended up going that came with a price tag. I’ve been to the aquarium in Boston several times, as well as the one in Mystic, Connecticut, and in Baltimore, so I had an idea of what to expect and thought it would be very similar. I mean, fish are fish, and even if I love going to the zoo and aquarium, well, fish are fish. Fortunately, the aquarium didn’t disappoint. Starting off by going on a glass bottom boat tour was lots of fun, if not slightly terrifying seeing reef sharks, sawfish, and giant stingrays (two meters long!!) up close. After disembarking to walk through more of the aquarium, I got to see a wide variety of fish, turtles, and even penguins I’d never seen before. I’ve loved this sort of thing since I was a kid, and I was as thrilled to watch the marine life swim about in the waters as my five year old self would be.

The next days were used to explore various sights around Melbourne we hadn’t yet seen (although many of which, I had and just decided to go again. It’s free so why not). The Shrine of Remembrance, a relatively easy trip from the Melbourne CBD was a beautiful sight, modeled after great Greco-Roman architecture which is something I very much love. Commemorating the soldiers who fought and died for Australia, the building really is larger than life, and somehow we managed to spend several hours out there taking pictures and watching as the sun set over Melbourne. Building off of my love for history and cool looking buildings was a trip to Parliament, exploring the building which only two weeks earlier I stumbled into on accident, somehow breaching security and causing a LOT of apprehension (maybe you should try locking the gate and making your directional signs a little clearer). On a welcomed visit, however, the building was nice, and I gained a slight insight into how Australian politics works (extremely slight, mind you. I don’t think they know what they’re doing, much less a foreigner). The Old Treasury Building was another neat sight, though I was disappointed in the lack of real gold on display, though probably for good reason.

I saw various museums and exhibits foreign to me, and there was a lot of eye candy all around. The Melbourne Museum was arguably the best, with massive sections divided into science, Australian history, fashion, the human body, and even Aboriginal culture and art. The latter was perhaps the most intriguing, being genuinely foreign to me and knowing next to nothing about it (though fashion is a close second, at least in a personal sense). Of course, in general I spent much less time staring at paintings than I did staring at cool dinosaur skeletons, but I mean, someone is always painting something, and dinosaurs aren’t likely to make a comeback anytime soon. Still, I really was overwhelmed by how much there was to see no matter where I went: always something to discover, learn about, enjoy.

One of the last days of break was a trip down to Williamstown Beach, by far the best beach I’ve ever been to. The town is small and beautiful, and contains one of the best gelato shops I’ve ever experienced. Sitting on the grass by the harbor I reflected on how four years I was in a very similar situation with my friends in Salem for senior trip. For years I always wanted to go back to those days in high school, but for the first time in my life, I’m actually content where I am. I realize that while the memories were great, I can still make more now. Soon after I head towards the main beach, only to make a wrong turn. I’m at the water, but there’s rocks across the ground presenting a maze toward the ocean. Naturally, instead of turning right toward the beach I climb the rocks instead, like any five-year-old. Managing to get into the water to take a dip, I leave for the actual beach. There, I walk across the shoreline with the warm Pacific water against my feet and met with the softest sand I’ve ever set foot upon.

I may not be in Tasmania, or the Outback, or on some other grandiose adventure across the continent. But as I said, there’s always something more to discover, to learn about and enjoy. Something greater always around the corner no matter where you are. You just have to look in the right places, and you’ll find there’s so much more to life than you ever thought. Already I’m doing something most of my friends back home, family, or indeed most of the people I’ll meet have done or ever will do. In fact, no one will ever live their life exactly like mine. No one will ever see what I see or feel what I feel. Best to make it count.