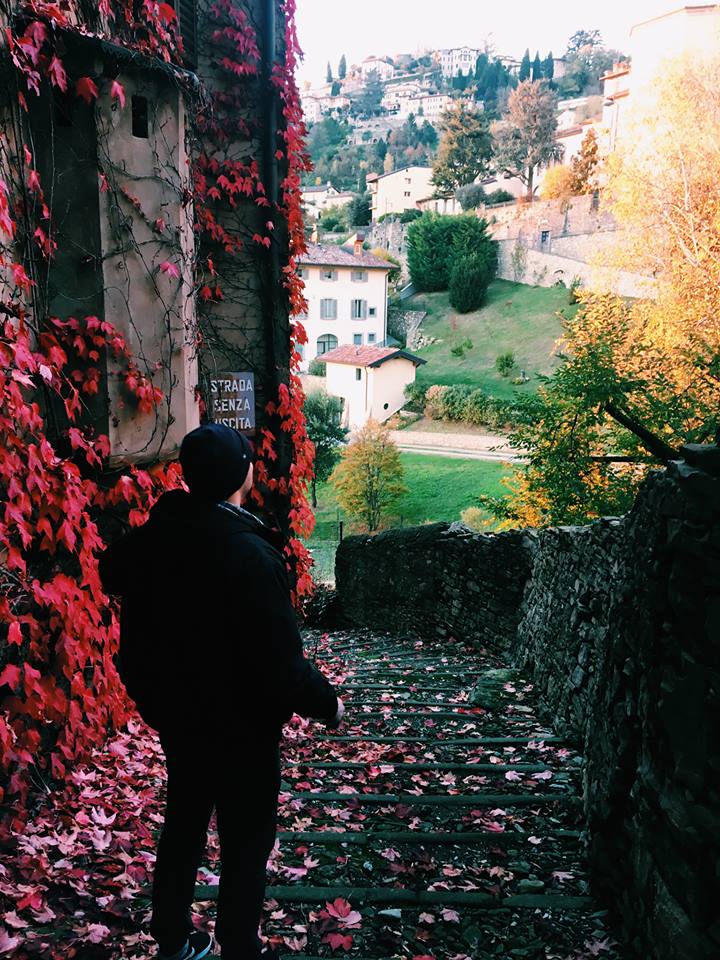 Buongiorno tutti! I have been meaning to post for awhile now, but these last few weeks have been crazy and unexpected! Long story short, don’t get injured while abroad–you’ll end up spending precious travel time in the dreaded emergency room or in bed with Netflix. Not fun!

Anyway, I finally had some visitors from my side of the globe last week. My brother, Matt and his friend, Dan, booked a trip to Milan, giving me the opportunity to show them all of my favorite nooks and crannies of this beautiful city. It reminded me why I am going to have a hard time leaving this place in a month. Yes, a month. Time sure does fly when you’re living the life in Italy.

I showed them some of the main tourist attractions, though I am certainly not a tourist here. I finally went inside the Duomo, which was absolutely amazing and worth the wait. We had some of the best hot chocolate afterwards since “cioccolata calda” is basically a cup of warm melted chocolate. I’m not sure I can ever drink hot chocolate again in the States, but that just means I have yet another reason to come back and visit my city.

We also took a day trip to one of my favorite places I have been to since I came to Italy, a city called Bergamo. It only takes an hour to get there from Milan by train and is one of the most beautiful and magical cities I have visited. Once you step off the train and exit the station, you walk straight for about twenty minutes and pass all of the touristy restaurants and shops and come to the “Funicolare” which is basically a lift that takes you to the older part of the city, Città Alta. Its name, “tall city”, comes from the fact that it sits above the rest of the city and offers a spectacular view of everything beneath it. As you ascend on the lift, you can look out the window and watch as the path you just followed becomes tinier and tinier. Città Alta, in comparison to Milan, is small, quiet, and quaint. There is no hustle and bustle, no loud sirens, and no one bumping into you as they rush to get wherever it is they are going. It is a calm and serene city with winding, narrow streets and the most adorable eateries, cafés and shops. We began by exploring and walking around, grabbing cappuccinos, and popping in and out of stores and pasticcerias. The further we walked, the better the view became of everything beneath us. We followed narrow pathways that were probably private and meant only for locals, but who was stopping us? We were able to capture the sun setting over the land beneath us and stood in awe as the city became dark and lights began turning on one by one.

We could have stayed there for a week and even joked about moving there. Finally, as it started to get dark and closer to the time we had to catch our train, we began our search for a dinner spot. Most restaurants in Italy do not open for dinner until around 6:30-7, but it was 5:00 p.m. and we were ready to eat. We stumbled upon a tiny restaurant that had only five or six tables, but luckily we beat the dinner rush. I had one of the best pasta dishes since I have been in Italy. It was meat ravioli with a sage and butter sauce and certainly hit the spot after a long day of walking. My brother and I both got the tiramisu, which was better than any tiramisu I have had before.

We tried to stall a few times when it was time to take the funicolare back down and walk to the train station. We were not ready to leave Bergamo behind. Matt and Dan were just as pleased with the day trip as I was, and we all decided we would have to come back again. I already decided I want to take my mom and sister there when they come next week, and I highly recommend it to anyone else in the area!