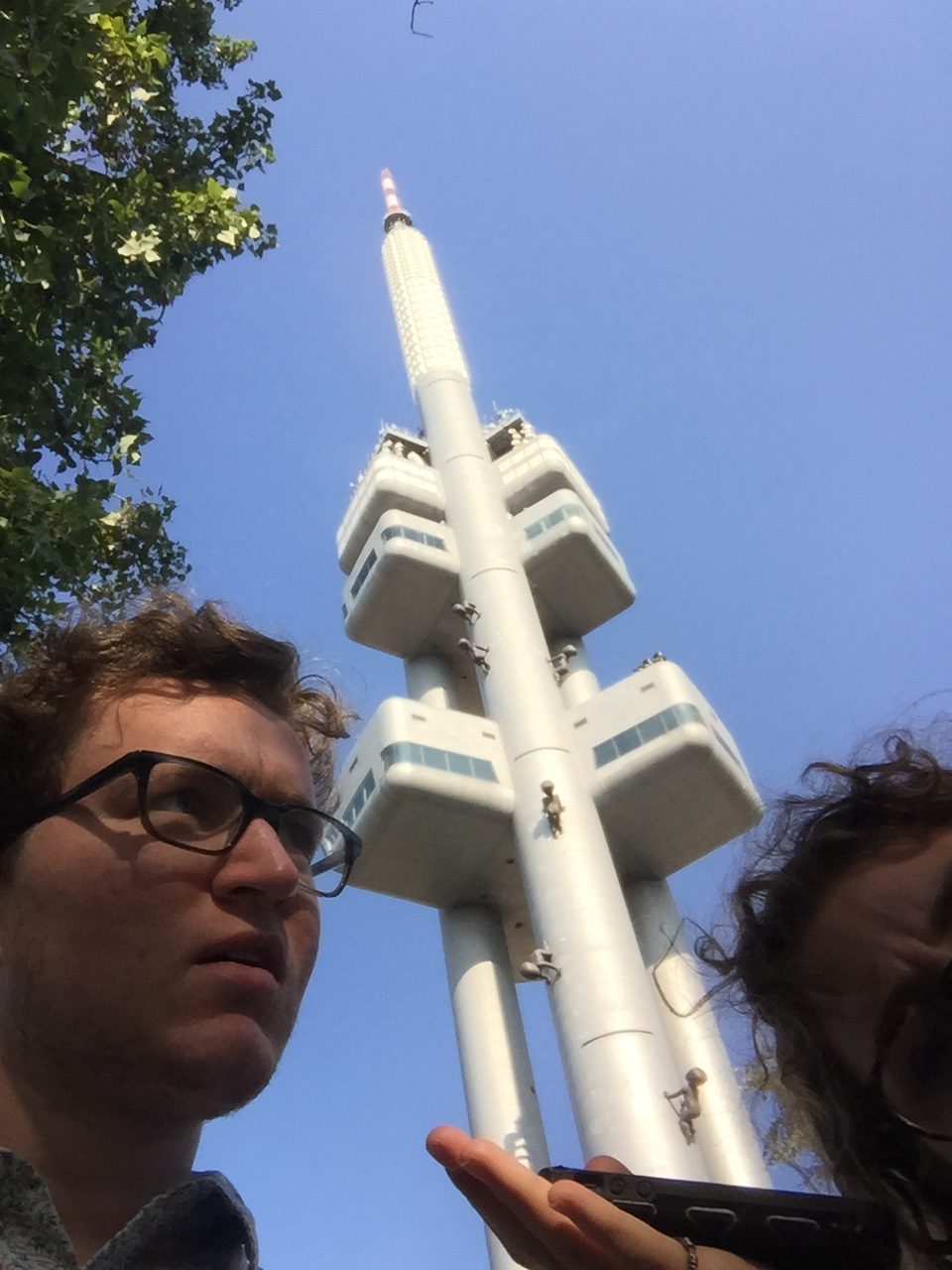 I have been in Prague for almost two weeks now, and these are my observations thus far:
This place is old, I mean REALLY old. I went on a tour of Prague Castle (literally down the street from my dorm) and it was built in the 9th century. Our tour guide told us stories about the things that have happened there over the years that I cant even remember half of them.

However one need not visit castles to feel the ancientness. Just walking down the streets in any part of the city will show you how old it really is here. The randomly twisting streets and terracotta roofs make the United States look like a new born baby just learning how to walk.

From what ive experienced, most Czech people embrace the old and reject the new. Buildings like the one in the picture i posted are looked down upon and considered ugly (this radio tower was voted the 3rd ugliest building in the world, and now has crawling baby sculptures all over it). Other skyscrapers and modern looking buildings left over from the communist regime are often left unused and sit in the outskirts of the city. It is a refreshing break from the modernity I have grown up with. Its like im living in the 12th century while still being able to ride the tram to class.

I have also come to realize that the United States is more often than not the exception rather than the rule. I have also studied abroad in Limerick, Ireland and many things here in Prague are much closer to Ireland than the United States. For example: water is never free. Every restaurant I go to here charges something like 10 czk (roughly 40 cents US) for a glass of tap water. Some places dont even offer water from the tap and force you to pay for a glass bottle of filtered water. At convenience stores and grocery stores it is not uncommon to find beer CHEAPER than water. Everyone here is drinking beer constantly. While I normally wouldn’t complain, it has been so hot this past week and all I want is a nice tall glass of ice water free of charge and that is impossible to get.

The upside is that everything here is insanely cheap. A large beer at most pubs comes out to roughly 1.25 USD on average, and a meal is usually not more than 150 czk (about 6 USD). However, you have to pay for EVERYTHING. Bathrooms, plastic bags at grocery stores, and tap water are just some that I have noticed in my first weeks here.

It is too early to draw any real conclusions, but as I get more comfortable with this city and the rest of Europe I will be sure to update this blog with observations, pictures, and interesting stories. I am studying at Charles University in the Eastern and Central European Studies Program. I am a double major in English and Philosophy with a minor in International Relations at SUNY New Paltz. I will be graduating in Spring 2017. After college I hope to move somewhere new. I love to travel, write, and play music and hope to someday combine those three hobbies with my passion for the environment in an exciting and fulfilling career.

Next ArticleA Taste of Italy