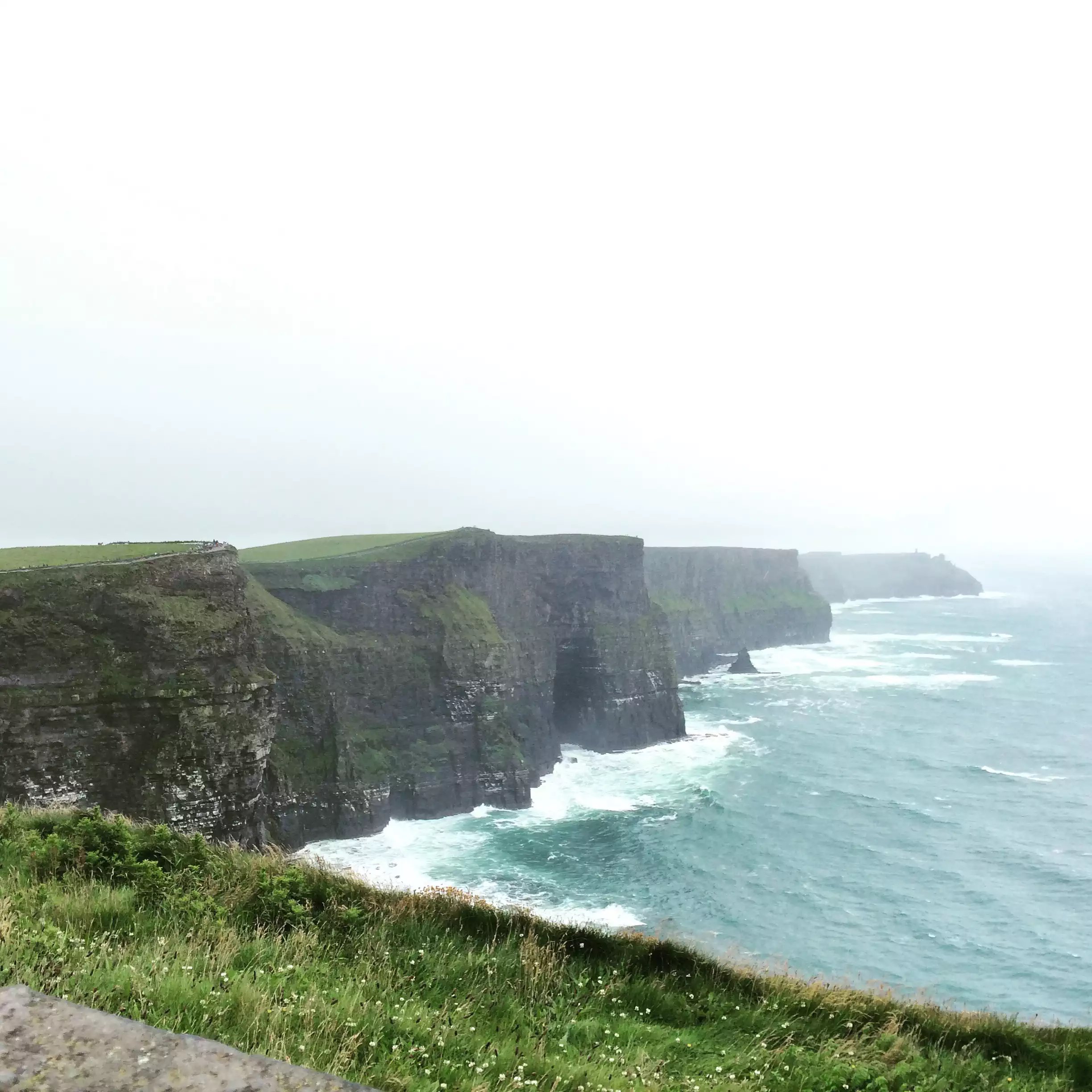 So this weekend a bunch of us went to Ireland! It was really beautiful, and I can’t say enough about the scenery. We started off in Dublin, in the heart of the Temple Bar area, which was really quite busy. It was a Friday night, so there were large groups of people going out and heading out on the plane for a weekend in a different country. The culture here is different in that regard, since a lot of stag (bachelor) parties apparently do this. I saw a few hen (bachelorette) parties as well, but nothing on the extreme scale of the bachelor ones. The bar district was super busy all the time, at practically all hours of the day! After we took in the sights in Dublin, we headed out on a coach to the west coast of Ireland. Our journey ended in Galway, but along the way we stopped at the Cliffs of Moher. I can try to tell you how remarkable and breathtaking they were (even though it was super rainy), but honestly nothing would do it justice. You feel so small watching the vastness of the cliffs, and seeing people like ants on top of it. We also visited Clonmacnoise, which is a monastic site of religious importance. Overall though, it was nice coming back to London and to my dorm. Ireland was beautiful, and we did so much that it felt like we were there for an eternity. In Ireland we stayed in hostels, and here in London we live in a flat with 4 other people (so 5 total), and my flat is all girls. We each have our own bathrooms, but we all share a kitchen that has the usual amenities. It’s an interesting experience, and the location of the dorm is relatively close to everything (except the 30+ minute walk to campus), and as my friend put it, feels vaguely Harry Potter-like. Maybe it’s just because we’re in England, but I think I agree with her.

The food in Ireland was heavy and hearty and great, and in London there are always so many types of food to try, restaurants to visit, and different types of food from the groceries to cook. And don’t get me started on the chocolate. It’s life changing. There’s always the usual fast food options if that’s your thing (think KFC or Mc Donald’s to name a few) and they actually kind of taste better here (less grease!) but trying new things is so much fun.

I'm Kirsten and a Senior studying abroad at Kingston University in London for Summer 2016! I am an International Business major here at SUNY New Paltz. I enjoy traveling and have visited family and friends in the Philippines and Hong Kong. Hopefully with my degree I get to travel and work close to my home in New York City.

Next ArticleSee You Later