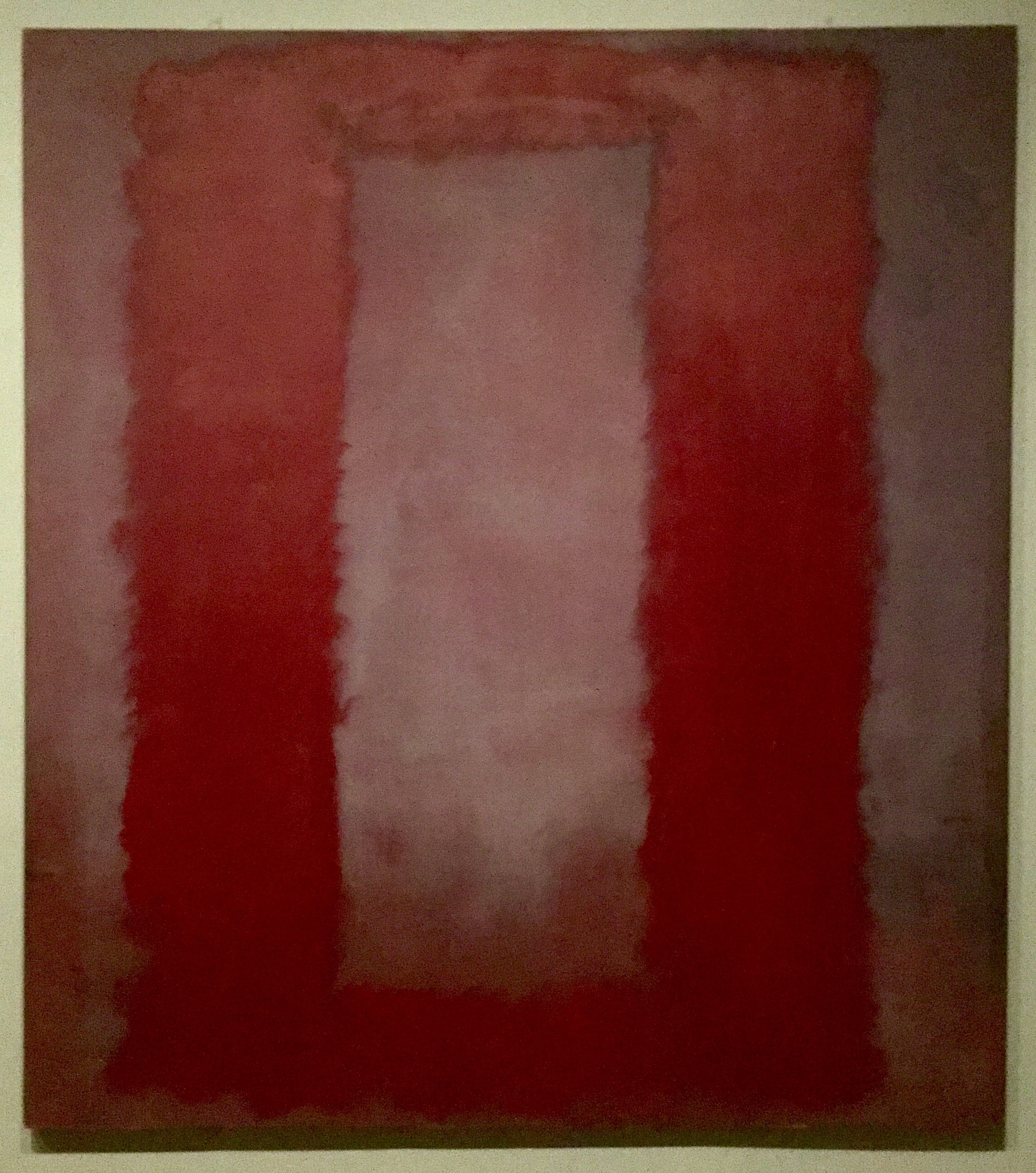 On February 25, 1970, Mark Rothko’s dead body was found in his studio amidst an eight-foot-by-six-foot pool of his own blood. He’d slit his own arms at the elbows, and he’d bled out fast. That same day, nine of his greatest works arrived at the Tate Gallery in London, and they’re still on display today.

The brain’s a mad machine. For the addict, the right combination of alcohol and nicotine inspires feats of linguistic manipulation and artistic brilliance. Too much of a good thing will set him down for the night, for a lifetime. Robert Smithson was right in comparing the mind to the natural chaos of the natural world, memory constantly eroding, and disasters destroying the landscape. The right mind discovers the keys to the cosmos, the wrong one keeps too close a track of the odds of football matches.

All his life, Mark Rothko’s mind was focused on transcendence. Once he moved to New York City and committed himself, his imagination, and his driven direction was focused on creating artworks that transcend the day-to-day and transport the viewer to new realms of emotion and insight. His mind, driven by frailties of the body and alcohol and nicotine, concluded that suicide was the answer. He was 67 years old.

We, the goers to art museums, are left to contemplate the results of such genius. We sit in rooms like the Rothko room at the Tate Modern and we find the better pieces and parts of our own natures, glimmers of the infinite recesses of us.

We, the goers to art museums, are fortunate to have the Tate Modern, an honest and faithful steward of Rothko’s murals. And despite the calculation and planning of countless curators and museum directors and their 21st Century demographic studies of us, we are ultimately individuals (attentive, if we’re in the right frame of mind, inattentive, if we’re on our iPhones), responding (or not) to the works of inspired genius.

The Rothko room at the Tate Modern is a dimly-lit sanctuary of paint as religion. The paintings in that room were originally commissioned to adorn the walls of a room in the swanky Four Seasons restaurant in the Seagram building in New York City. Rothko was offered a handsome fee to create the works. The Seagram murals were to be Rothko’s crowning achievement. The commission was offered to him upon the recommendation of Alfred Barr, Director of the Museum of Modern Art (MoMA) in New York City. Some believe that Rothko originally accepted the commission because he believed his paintings would adorn the walls of a humble-man workers’ cafeteria. At some point, he learned the truth.

The murals were ultimately inspired by an old claustrophobic space, Michelangelo’s vestibule of the Laurentian Library in Florence, Italy. Rothko told a man in 1959 on a Trans-Atlantic voyage that he wanted to “ruin the appetite of every son of a bitch who ever eats in that room.” He wanted the rich bastards to “feel that they are trapped in a room where all the doors and windows are bricked up, so that all they can do is butt their heads forever against the wall.”

Then, Rothko abruptly declined the commission after he and his wife actually went to the Four Seasons to have dinner and see the space. The expense and opulence of the place were too much. He told his studio assistant, “Anybody who will eat that kind of food for those kind of prices will never look at a painting of mine.”

Then, the Tate, in the person of Director Norman Reid, courted Rothko for four years, cajoling and complementing the indecisive artist, trying to acquire a sampling of Rothko’s works that would set his museum apart from the rest. Rothko, a notorious (self-proclaimed) museum-hater, hampered by illness and addiction, delayed and complained, demanding that his works be set aside in a room of his own, hung in accordance with his own exacting standards. The Tate ultimately acquiesced. While in America, Reid worked with Rothko, using a scale model of the planned space, to design the ultimate layout.

Rothko’s paintings had been to the UK before. In 1961, a travelling exhibition of Rothko’s works, organized by MoMA, New York, was shown in the Whitechapel Gallery. For that exhibition, Rothko described in exacting language how his paintings were to be displayed. This exhibition had lasting influence. The Tate Modern has stayed faithful to these instructions.

Rothko’s room, as it sits today, has survived several iterations of changes in the layout and design of the Tate. It’s even survived the vandalism of one of the paintings in 2012. Yet, through it all, the Tate Modern has stayed faithful to Rothko’s wishes. Rothko’s space in the Tate Modern, because of the lighting, the spacing, and its place among the other galleries, sits as a site of abstract contemplation.

Rothko strongly believed that his paintings were best viewed by themselves, away from the distraction of other painters’ paintings, hung tightly together, viewed close-up. There are three permanent rooms like this in the world that have achieved this peculiar artist-demanded articulated resonance: the Tate Modern’s room, the Rothko Room at the Phillips Collection in Washington, DC, and the Rothko Chapel in Houston, Texas.

I’ve been to these three rooms now, and I’m Rothko’s ideal viewer. I intend to be. He said, “A picture lives by companionship, expanding and quickening in the eyes of the sensitive observer. It dies by the same token. It is therefore a risky and unfeeling act to send it out into the world. How often it must be permanently impaired by the eyes of the vulgar and the cruelty of the impotent who would extend their affliction universally.” I’m that man, the sensitive observer, I turn off my iPhone, and I see the Tate Modern as a holy keeper of a transcendent experience. The museum has allowed for this, it stays steady, and its stewardship of Rothko’s work is commendable.

I'm a senior second-degree student at SUNY New Paltz. I have a dual-major in art history and creative writing, and I'll be studying abroad at Kingston University, London, during the summer of 2016. I'll be taking a Literature of London course and a Museums and Galleries course.