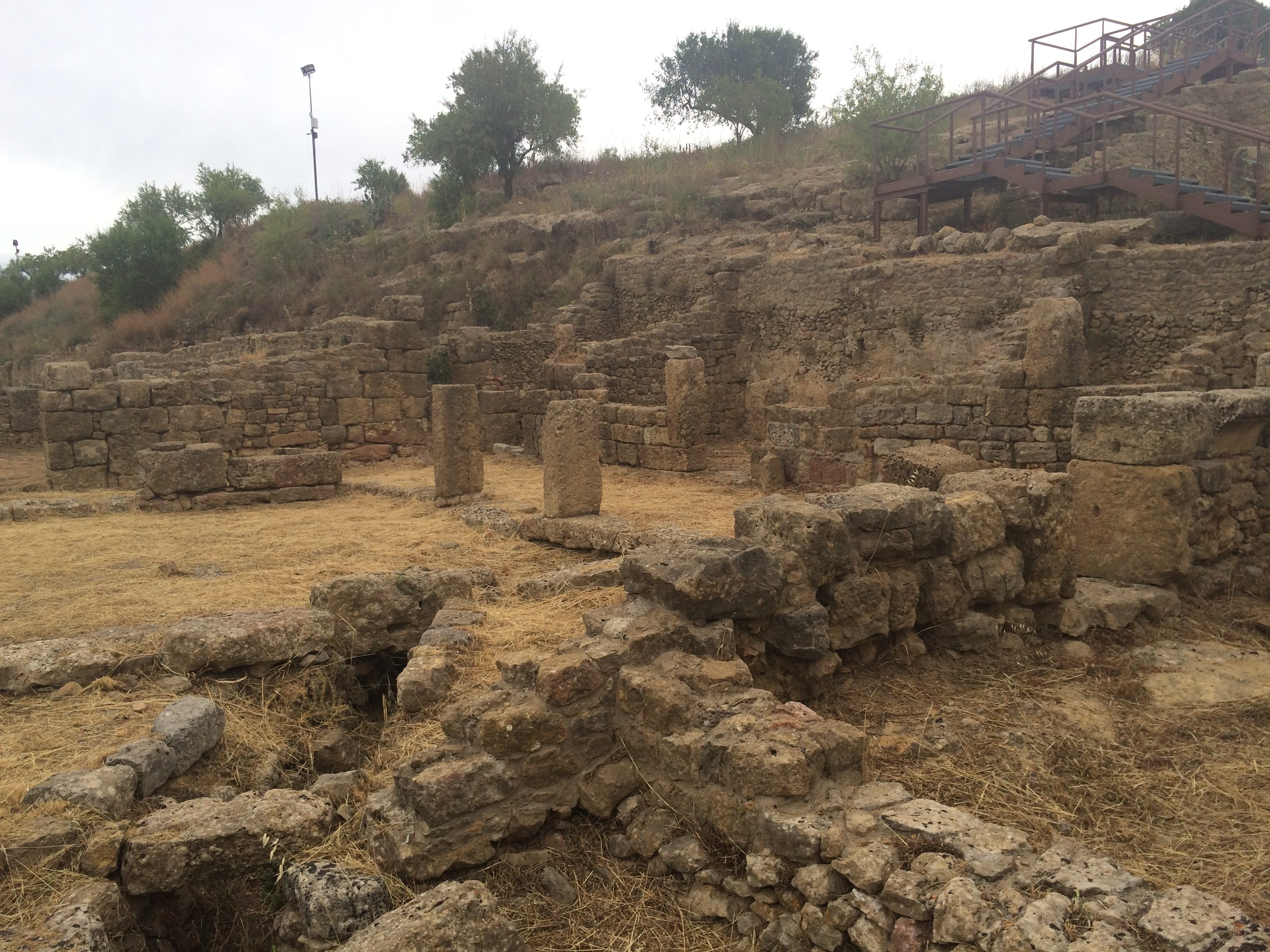 I’ve been home about a week now, and finally recovered from the jet lag (I think)…  It’s hard to believe this adventure happened.  It all feels like a dream.

Seeing the ruins of the ancient Greeks was awe-inspiring because so much of the civilized world still utilizes their technology.  I was most impressed by the wall paintings at Pompeii and Oplantis (a nearby city, a little better preserved and less touristy than Pompeii).  As a painter, it was a real treat to observe these.  I know that some restoration of the wall paintings has occurred as they are so vibrant, but I found myself deeply impressed by the sophistication of the mark making, and perspective.  We think we invented it all with the Renaissance, but in truth there is much technology in the visual arts that we have lost.  I believe that ancient people were smarter than we give them credit for.

On another note, I feel a difference in myself after this trip.  I seem to have a thicker skin — much less is bothering me lately.  For example, I was a person who would feel extreme anxiety at just taking a drive into New York City for a day (understandably) but had to do this recently for a business meeting, and found myself nearly unphased by the stressful traffic and careless drivers.  I’m not sure if this is a good or bad thing, but it feels good to feel calmer in general, and that I can handle stressful situations a little better than before.

It’s also difficult to describe Southern Italy to friends and family.  They seem to think I was on some fabulous vacation.  While it was beautiful, it is also a wild place in the sense that we traveled through some very rural areas before reaching the big cities.  Survival became paramount in ensuring I had enough simple things like water and toilet paper (things I ended up carrying around in my purse consistently).  Getting to a doctor or pharmacy was difficult when I had the flu for two weeks in the middle of the trip.

I feel very fortunate to have seen this part of Italy, that tourists would not likely stumble over.  In some of the archeological parks, the only others there besides our class were other archeologists (mostly British, from what I gathered) studying the ancient ruins.

I’d recommend this study abroad experience to anyone who loves western art history, and is curious to explore the wild, beautiful places of Sicily.

Being home again feels good.  I got my studio organized and have been drafting ideas for my final project for the semester (a painting inspired by the trip).  I look forward to a productive summer and hitting the ground running by fall. Next ArticleEnjoying my new home, Jamaica!