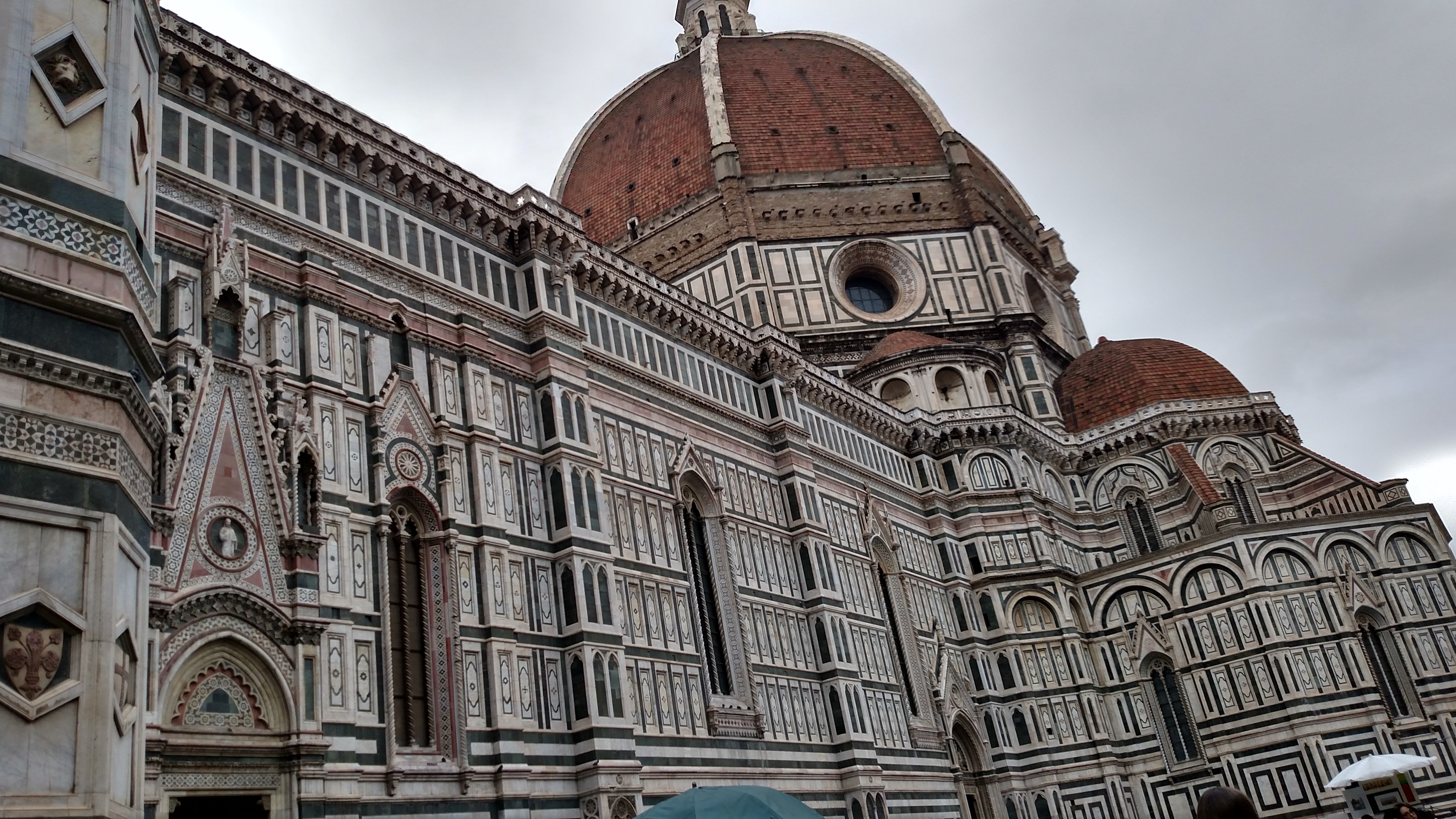 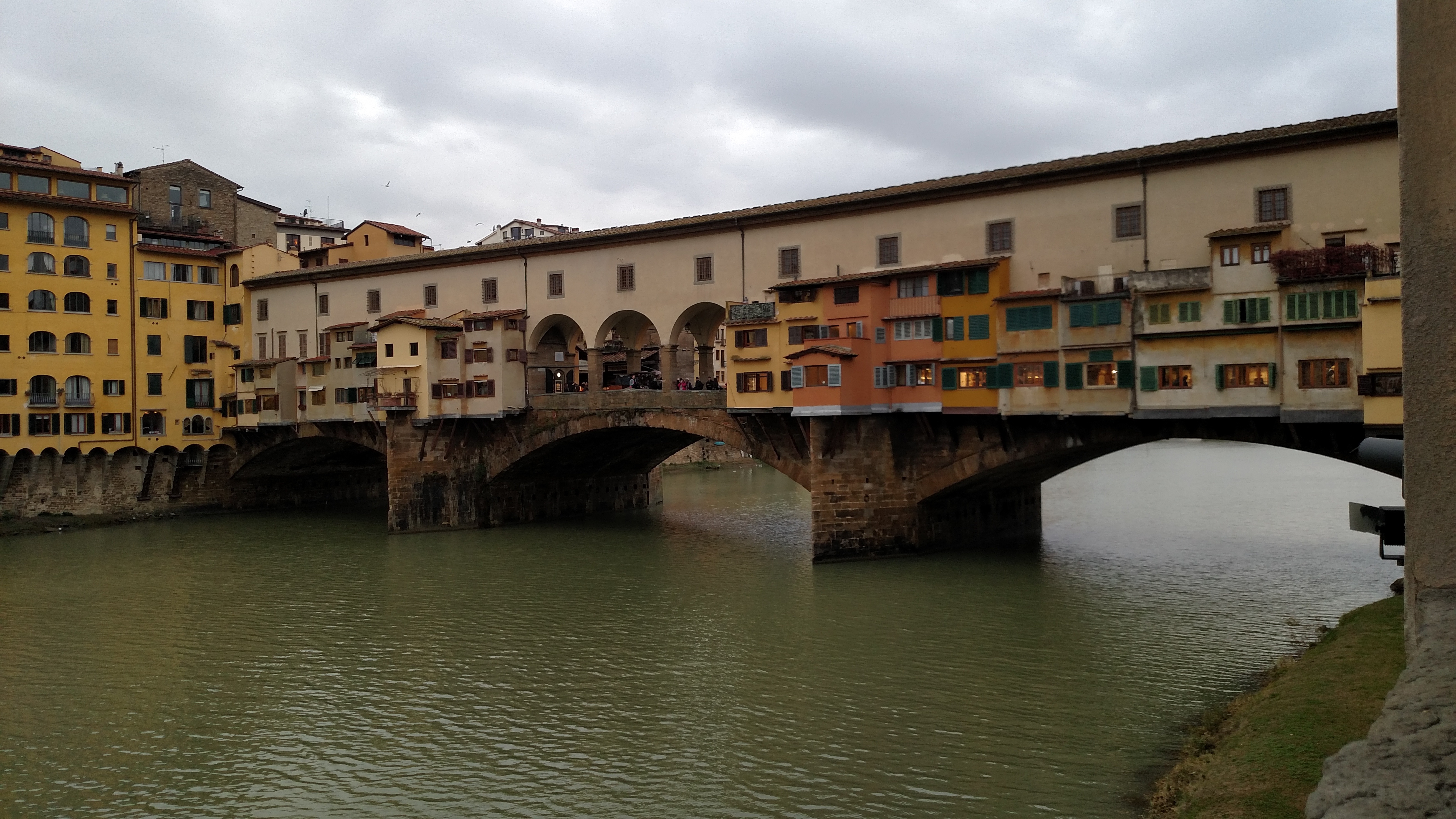 It’s only been a week, and I already feel at home.

I have been in Italy for a week, and I can honestly say it feels like a second home to me. Just as New Paltz became a home away from home, Florence has been added to that list now too!

The travel was not fun. The first plan ride was about eight and a half hours, and the second was two hours. I did get lucky and catch some sleep on the plane, but regardless I was still exhausted by the time I actually arrived in Italy. I had lay over in Paris which went everything but smooth. Due to an hour delay leaving JFK International Airport I was pressed for time once I landed in Paris to get through customs again and make my connecting flight. The process was slow, and I along with twelve other girls in my program were told we did not make the flight in time and had to catch the next flight. After my study abroad advisor argued with the airline almost all of us were allowed to enter the plane. That was just added stress to the already stressful situation of leaving home for four months to live in another country. None the less, I made the flight and safely landed in Florence around noon.

Just when I thought things could not get worse I was told both my bags were left in Paris, and I would maybe get them the following day. At that point I just had to laugh about everything, because of course it would be just my luck to have this all happen in one day.  I did not worry to much, because I had planned for this and had extra clothes and stuff in my carry on. After all I was not left behind in Paris and had to take the next flight or not have any luggage at all. Understandably, my first impression if Italy was not the best, plus it was foggy, and I felt gross from traveling all day. I could not wait to get to my apartment, meet my new roommates and get something to eat. The apartment is nice and has all the basic necessities. I have three very sweet roommates named Nabi, Shaye and Sabrina.

After getting acclimated to my new home a few of us decided to walk around and explore the city a little. We saw the Ponte Vecchio and some of the duomos, and they were absolutely breath taking, the pictures do not do them justice. After seeing all that suddenly it did not matter the airline lost my luggage, the travel time was long or I had not eaten in twelve hours. I just felt so incredibly lucky to be able to call this city my new home, and get to enjoy its beauty every single day. That is the first impression of Florence that I actually count.

Also during my first week here, I began school. I honestly did not know what to expect the only things I had heard is that classes in Europe are much different and a lot harder than they are in the US. I did know there grading scale was going to be different, but other than that I was nervous to find out what exactly my new professors had in store for me this semester. After having gone to all my classes at least once now I am a lot more at ease. The school I am studying through, Florence University of the Arts, is organized very much like the academic structure I am used to at home. the teachers expect the same things with also an understanding we are also to here to travel and take in the culture. Many of my professors left time in each lecture to answer any questions we had about Italy. It is nice that majority of my classes once a week so the work does not get to over whelming. My most difficult class is probably my Italian class, because I have no prior knowledge of the language. I have it Monday- Friday for half of my program as a 6 credit intensive Italian course. I emphasise intensive. I am only three days into classes, and already speaking full phrases in Italian. I have never picked up a language this quick, and I took 12 years of Spanish. Being here has definitely given me strong motivation to learn as much of Italian as fast as possible. My name is Taylor Mormile, and I am a sophomore at SUNY New Paltz. I am a Marketing major with a minor in communication. I am from Rockland county. I play tennis for SUNY New Paltz. One of the things I wanted to do in college was study abroad. I am excited to get the opportunity to study abroad in Florence, Italy for the next four months.