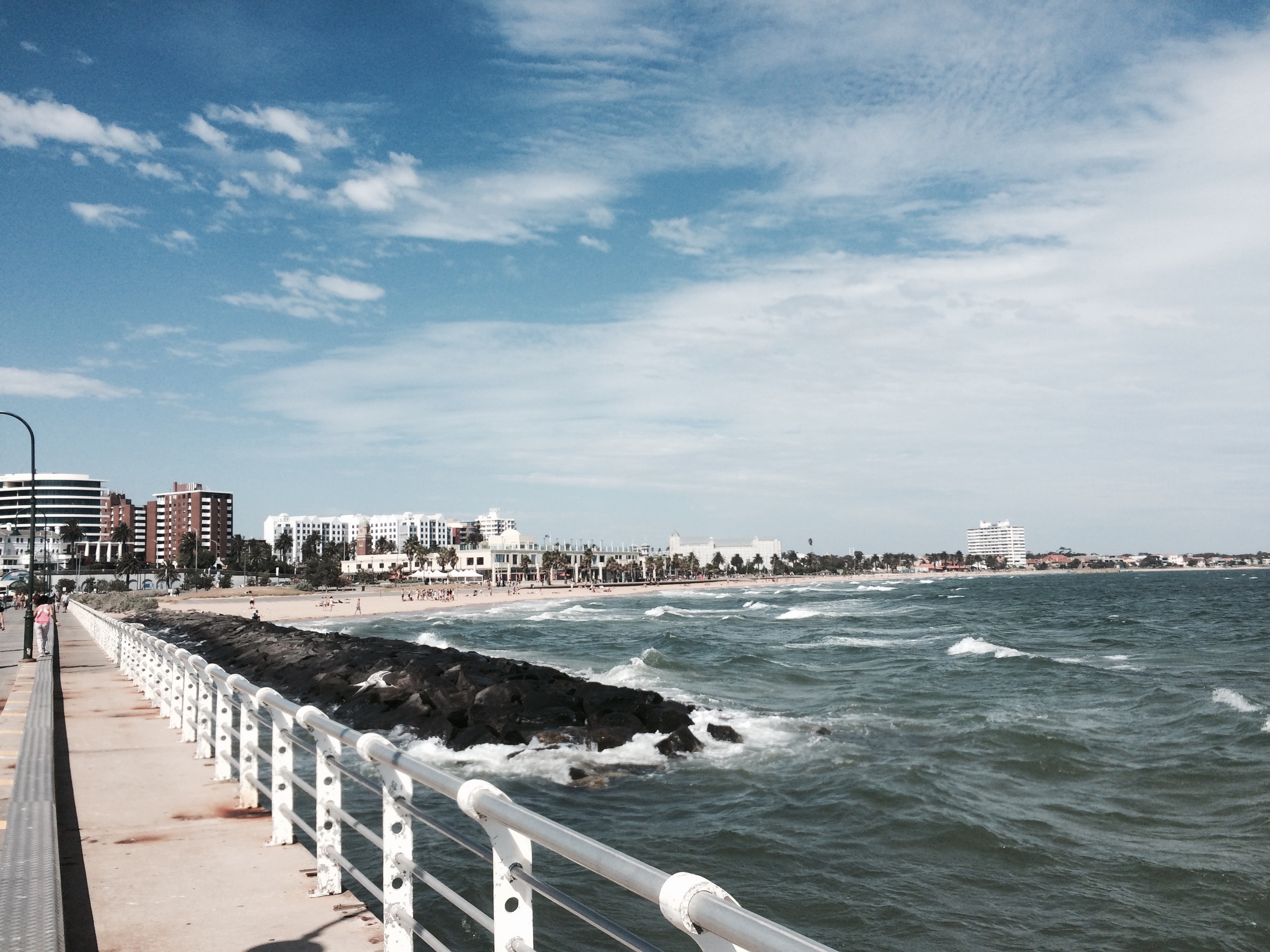 Today marks a week since I landed at Melbourne airport, and it feels like I’ve been here for months; time is an illusion here.

When I first arrived at my apartment complex, I was taken back by my overwhelming, and relentless anxiety. I was alone, and surrounded in an suburban area, plagued with graffiti; I felt uncomfortable, and dying to be near the beach or the city. I learned too quickly that the drug culture is immense here, and something different from that of New York’s. Where I live Aussies call “Foots-crazy”, instead of “Footscray”. And, I should be careful about walking at night. My initial reactions of this place were something that never crossed my mind when I daydreamed of Australia. I felt an underlining disappointed because Australia seemed like it was nothing like I wanted it to be.

But like I said, time is an illusion here. My initial reactions subsided as fast as they clouded my every thought. I now love it here, I love that just down the road there is a beautiful park that runs along a river, with the city skyline in clear view. I like how I’ve mastered public transportation, and can now get anywhere in Melbourne quiet easily. I love that after a hectic day at the city or beach, I can come back home to my familiar “suburban life”, and feel at ease. There’s a comfort in being surrounded by houses, that look so different from any I have ever seen ( especially when you live on the 12th floor). There’s an independence I’ve gained by finding the hidden gems in my area: incredible brekkie places, and quaint bars. I like the friends I’ve made here, and the many more I keep meeting; I wouldn’t want to be anywhere else.

Australia has been a dream, that was all it was, a dream. I fantasized what it was going to be like, and there was no ounce of reality in those dreams. But now, Australia is a reality, and I’m so happy it’s not what I’ve dreamt about. It’s different in ways I would have never expected like understanding most conversations here. Would you believe me when I say there is more of a culture shock here than you would expect? Because there is, and it starts with the slang. Not only is almost every word abbreviated, but one word can have five different meanings. It’s endearing, and confusing, and I feel out of my element. I’m learning slowly what things mean, and incorporating the words I like into my every day vocabulary. But I’m just getting started, and I’ve already fallen in love with Aussie culture. Hi! My name is Brianne, and I am a Junior at SUNY New Paltz. I'm a Psychology major, with a minor in Evolutionary Studies and Disaster Studies. I am studying abroad in Melbourne, Australia and I'm stoked to share my experiences while there :)

Next ArticleThe Best of Berlin