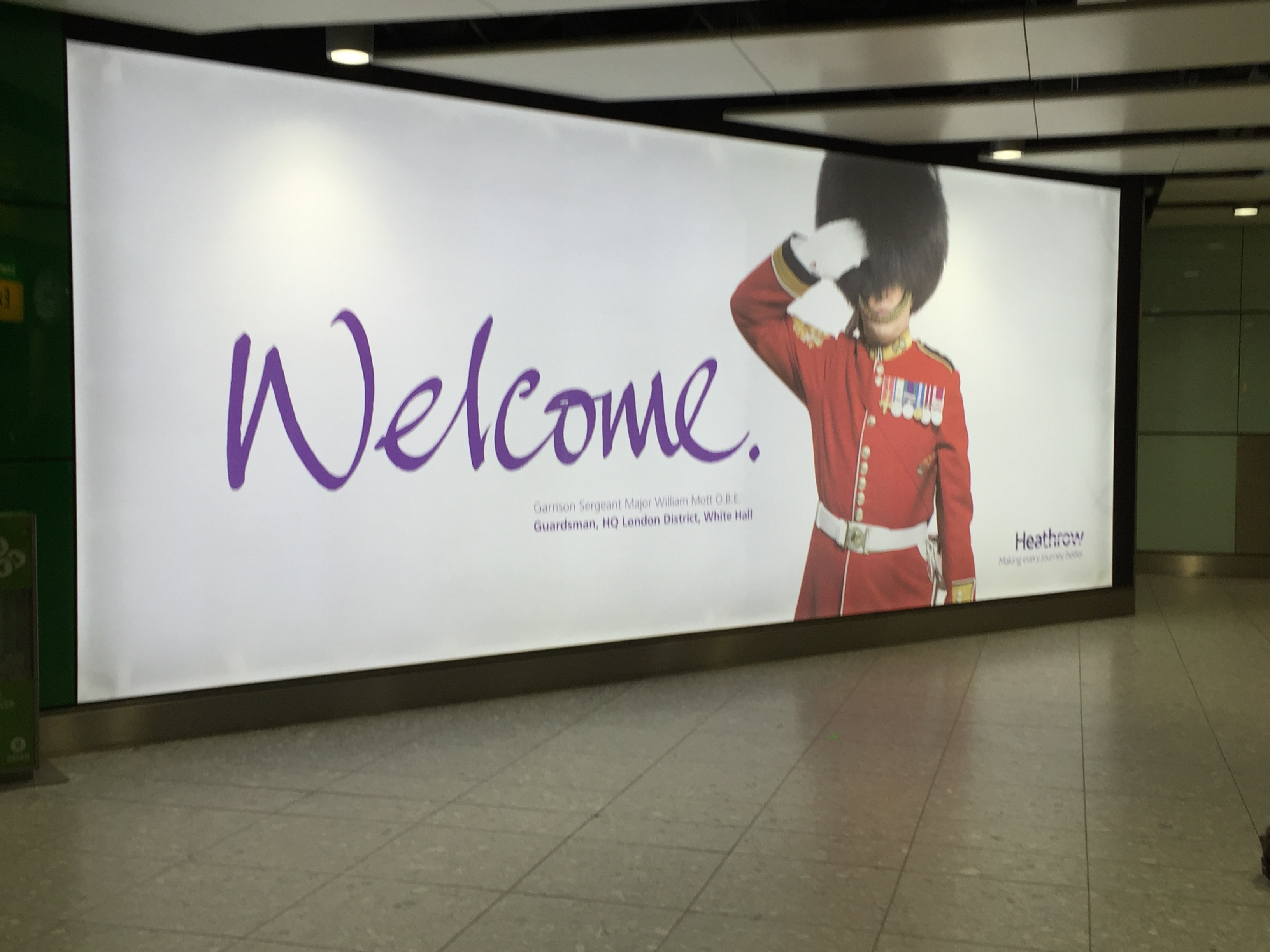 Plane ride and arriving in England

**My apologies I thought I posted this on the day I arrived! I now realize that this was saved as a draft instead! I am so sorry! Just pretend that this was posted on January 5th instead of 17th!

8:25pm Eastern Standard Time. We take off from Kennedy!!! Hello from 10,000 feet above the Atlantic Ocean. We were 3 hours and 13 minutes away from Heathrow airport. I wanted to be in England right then. The plane kept oscillating between sweltering and frigid which got old real fast. The airplane food was surprisingly good. I was happy with that at least. Most of the in-flight entertainment was free, some movies cost 6$. But there was still plenty to chose from. The view was amazing, the sky full with thousands of stars. At first I wished that I could get a picture of it, but it was way too dark. But that made them more beautiful to me, because that moment wasn’t something I couldn’t capture on my phone. It was something that could only be experienced. viewed solely through memory and not in pixels. I sat there watching the stars for hours because I knew I would never be able to sleep with the noise in the cabin. It sounded like a white noise machine or a waterfall. At least I had some time to think. I really miss my family. My family and I are really close and being away from them has proven pretty hard. But I tried to distract myself with movies and happy thoughts of London! so close yet so far When we only had 12 short minutes left on the flight, I was able to watch the dawn break over England. Watching sunrise from an airplane is pretty spectacular. You get to witness as each stretch of land is slowly bathed in morning’s first light.
The landing was not bumpy but nothing major. Getting off the plane was a hassle I somehow managed to accumulate 3 drink bottles over the course of the day after security. As I was trying to stuff them in my carry on(so I would be able to haul everything through an airport) I noticed that the entire rest of the flight had disembarked. I awkwardly stuffed everything into my carry on and we rushed off the plane into customs. There was a long line, no surprise there, and since jet lag was kicking in, it felt like forever. We finally got through we exchanged our money and picked up our bags. We got a cab to take us to the houses where we will be living. We live about 5 minutes from each other which is nice. I spent half the cab ride exhausted and the other half have a panic attack that they were driving on the “wrong” side of the road. I swear I had a mini heart attack every time we turned because I thought we were turning into oncoming traffic.

(i honestly cannot figure out how to insert a video but this looks like it may be right)
I had just gotten to my house and was looking forward to meeting my landlady, unpacking and most of all, sleeping! I was so beyond tired that I felt as if I could have slept for 3 days straight!
Until next time.
Marissa My name is Marissa Heuser, I am a sophomore in the Honors Program at SUNY New Paltz. I am majoring in Anthropology and minoring in Evolutionary Studies. I will be spending my spring semester studying at Kingston University in England! I am so excited to travel and immerse myself in another culture!

Next Article5. I open at the close.