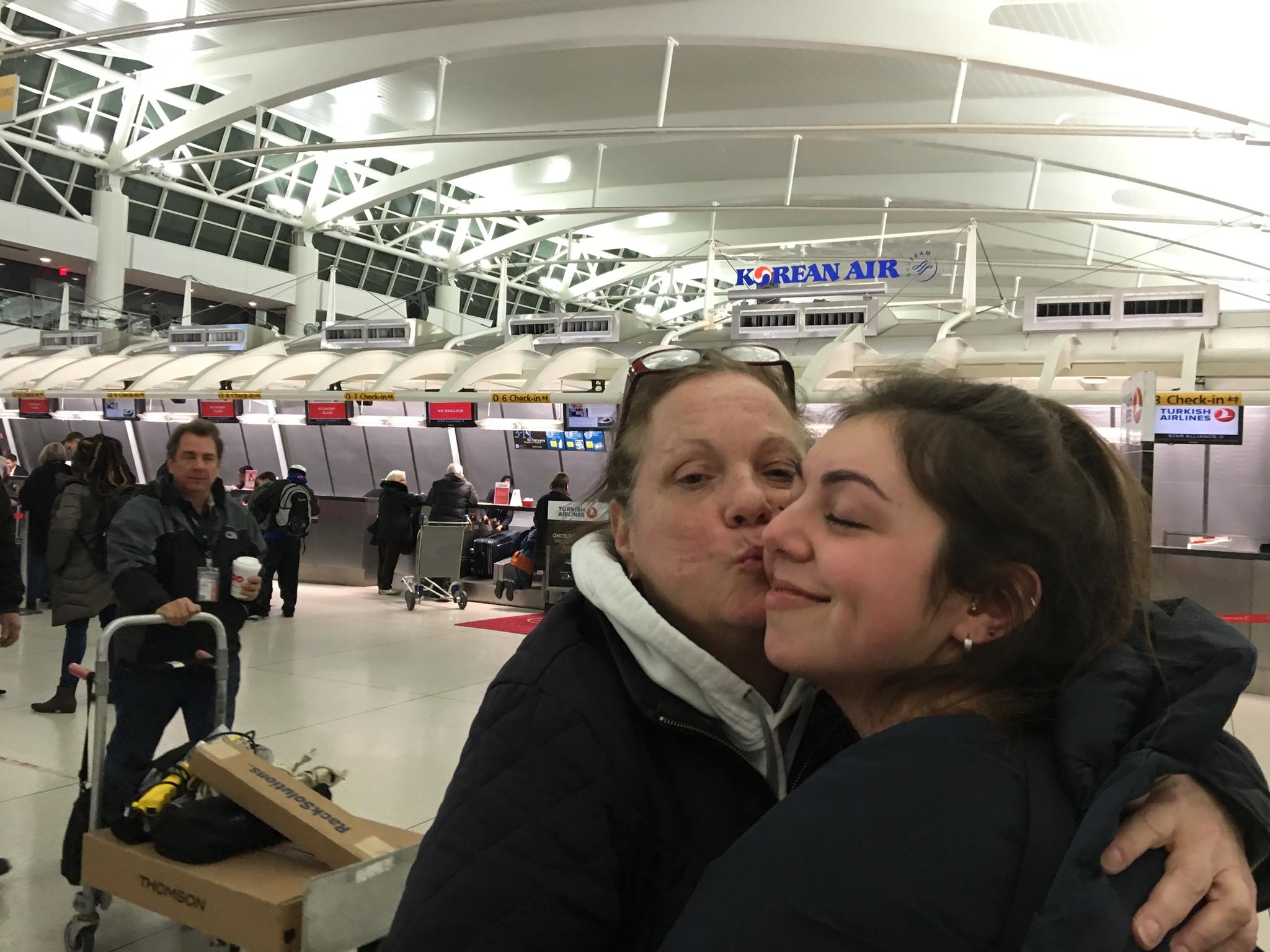 I boarded AirFrance flight 0007 at approximately 6:50 p.m. on the night of Jan. 12. That day came way faster than I had expected. Or maybe it didn’t. I guess somewhere lingering in the back of my mind I had told myself that the day wouldn’t come so soon, I still had time to be at home with friends and family in my own bed, in a place that I was familiar with.

And then months passed in a time period that felt like mere days. And then I was hugging my friends goodbye and waving goodbye to my parents at the security check at John F. Kennedy International Airport in Queens with tears swelled up in my eyes.

The funny thing about leaving is you never really understand how fast the day comes when you’re scheduled to leave. It comes around the corner like a bullet and kind of just sweeps you off your feet. It’s a bit unsettling, but also a bit good for you, in my humble opinion.

The entire week or so before I left my home in Bohemia, New York to fly on a jet plane to Paris I felt like I had constant ants in my pants. I found time to spend time with my parents yet I was hardly home. I was trying to see every close friend I could before I knew the day would come where I would have to pack up my belongings and say goodbye for the next few months. I didn’t want to stop moving. I didn’t want to be alone. I knew that as soon as I got on that plane I’d be entering into a culture I barely knew, something unfamiliar to me. And it made me uncomfortable.

Don’t get me wrong, I was always excited to leave for France. I started taking French classes my freshman year and immediately loved the language in a way I never experienced when studying Spanish. I loved the culture and the history and the music and the language on its own. Its complexity astounded me and intimidated me and I decided I wanted to continue studying. What I expected to merely count for a GE became my minor. And now that culture is my temporary home.

But I was scared. So absolutely petrified. I cried more times than I’d like to admit at the thought of leaving my best friends and my boyfriend and my family. The thought of having to speak a foreign language I’d only taken for two and a half years taunted me for the last month I was home. Going into the city to get my visa alone gave me anxiety. The thought of being without my entire support system made me sick to my stomach. And for all of those reasons, I had to push myself to leave. As scared as I was and as nervous as I knew I’d be, I had to leave. I had to get over the fear I had of the unknown, the uncomfortable, the things outside of my comfortable little bubble in New York.

That’s what I believe study abroad is for. It’s for students like me and you, reader, who feel a necessity to explore and try new things despite any sort of reluctance. Because although you feel that your human nature will defy you, it actually helps you. Your mind and your body learn to adjust. It just takes time. It’s still taking time. And while that might not have felt okay a few weeks ago, it feels okay now. You adjust to the unknown and befriend it. Suddenly the new world you’re living in isn’t so scary – and you learn new things every single day.

One final note before I leave you for now: if you are thinking about studying abroad but are doubtful for any reason, I push you and advise you to just do it and to just say yes. In my final column of the semester for The New Paltz Oracle, I cited a study from the Institute for the International Education of Students (IIES Abroad) that found that studying abroad served as a catalyst for increased maturity (97 percent), increased self-confidence (96 percent) and had a lasting impact on the students’ world view (95 percent).

Another study I cited from the University of California, Merced, reported that 97 percent of students who studied abroad found employment within 12 months of graduation while only 49 percent of college graduates found employment within the same time period. The same study found that 90 percent of study abroad alumni were accepted to their first and second choice grad schools and 80 percent of these alumni said their abroad experiences allowed them to better adapt to diverse work environments.

So don’t worry about the unknown or what’s going to come next, or maybe even about how you feel you might miss out back home. I felt the same exact way – I still do sometimes – but I know that being in Besançon will only help me now and in the future. And everything at home is waiting for me when I go back. Next ArticleAdventure is Out There