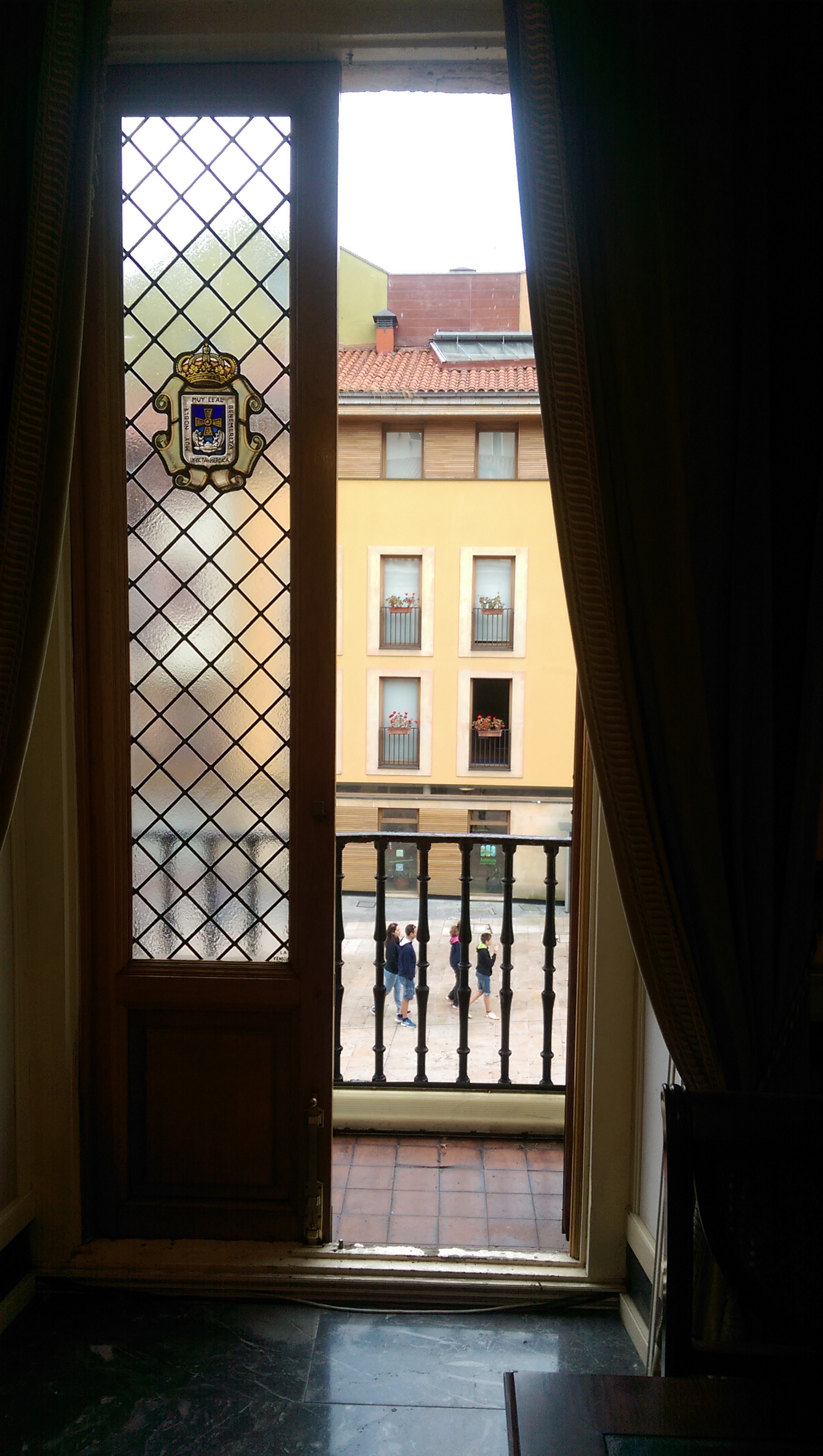 Home Away From Home: Spanish Style

Would you like the good news first or the bad news?

Oh, you can’t answer that so I’ll tell you the bad first so as to end on a good note (but nothing in Spain is actually ever really bad).

Well, I missed my initial flight at JFK from New York to Madrid. The traffic was terrible, even in the middle of a Wednesday afternoon in June. I went to the wrong airline (don’t ever book with student universe, it was a nightmare) and when I ran over to the correct airline, they said I could only board the plane if I left my bags behind. That was an insane thing to say but there were other Spaniards there who were in the same predicament. Needless to say, after trying as much as they could, I wasn’t able to board. The most they could offer was the next flight which was to be 24 hours from that time. I had to pay a hefty price to switch and they offered me a “distressed rate” for hotel accommodations. The distressed rate was super high still. I had no choice but to waste away quite a bit of money due to being a few minutes late. Please, learn from my mistake. I left at least 4 hours prior to my flight and still was not on time.

Next, I will tell you that I’m not usually a sick kind of girl but on my flight the next day, all the way to Madrid, I threw up the tasty chicken dinner the airline provided. The gentleman next to me, a kind and friendly Spanish man, offered me his vomit bag, and then a couple more were given to me by the flight attendant. I was unbelievably thrilled to get to Madrid.

The airport was a maze but I was amazed! I got my first passport stamp and bought some olive oil flavored chips they had in the airport (I would learn later that olive oil is a huge thing in Spain!). I was starting to feel better although the jet lag was no joke. This is the first place in which I observed the colorful style they have over herein Spain. Every metal beam in the airport has color and often times has a matching colored floor to go with it.

The airport was also strange to navigate. The flight # to Oviedo was clearly posted up on the screen but it referred to three different gates that it’d be leaving from. When I asked someone for help, I was told that I was too early and that the screen will tell me where to go when it gets closer to the time of departure. Fine. I had about 2 hours and 45 minutes until my flight would leave. After an hour: still there were 3 gates for my flight. 2 hours later: still no change. It wasn’t until a half hour before the flight that I finally knew where to go! How different was this culture already! In New York, I was at the airport an hour prior to my flight and I was too late. In Madrid I was there 45 minutes prior and I was too early! Everything seemed backwards but after all I had been through, I was simply thrilled to be speaking Spanish and to be learning about the country already.

In Oviedo my amazement only grew. Once I gathered my luggage and got onto the bus, honestly, I knocked out. When I opened my eyes, the streets of this lovely city were before me. It was so clean and beautiful I had to record it (see video of my first glance [got an error message, I’ll try to add it next time! Sorry!]).

My host Dad picked me up at the bus station with a huge grin. I told him about my flight and he told me not to worry because he lives right up the street and I will be able to rest in no time. No lie, the apartment really was right up the street but during that short walk he stopped me, pointed up into the sky and said, “Wait Tessa, look up! …..I want to introduce you to the Spanish sun!” As I strained my tired eyes and looked up, I felt the bright sun beaming on my face. What a strange thing to say right? The sun is the sun, how is it any different in Spain? Well I’ll tell you. In Spain, from about 6am to 10pm that sun is UP!!!! Whenever I skype my family at home, even though there is a 6 hour difference, it probably seems like it is always mid-day here because it’s always light outside my windows! But with siestas (naps around 2:30/3pm) each day and dinner between 9-10:30pm I am loving this Spanish sun!!!

Can I just say how much I love my host family!!!!? So this is more of the good news now. My host Dad is the best cook ever and super friendly (reminds me of dad back home). He has made me all kinds of fantastic dishes and always explains to me how he makes it and what ingredients are commonly used in Spain. I’ve had things like carrot soup (you eat it cold!), tortillas de papa (a thick potato and egg combination), paella (rice, chicken, vegetables, beans—picture below–they don’t give me seafood because I don’t like it), fabada asturiana (peppers, HUGE beans-fabas, onions, garlic, carrots, chicken, chorizos, + more), arroz ala cubano (Cuban rice, although not actually a Cuban thing—picture below—rice, fried egg, tomato sauce, salt and parsley) and so much more! They eat everything with a piece of French bread. When the bread is stale and hasn’t all been consumed they simply grind it up and use it for coating chicken or meats or for things like croquetas (flour, chicken, ham, milk, eggs, salt mixed together and then once coated, fried in olive oil). My host dad makes this amazing sauce with olive oil, parsley, salt and lemon and he puts it over many many dishes: salads, homemade thinly sliced chicken nuggets, tomato slices; it’s simply delightful! I could go on forever about the food that I am so privileged to have, but I suppose it’d bore you after a while (unless you’re a foodie).

My host mother is a gem! She shows me the shops and styles of Spain and explains the late night lifestyles (old and young people stay out till midnight) as well as the festivals all over the country. She takes care of me and makes sure I get everything done. When I wasn’t feeling well the other day she brought me lunch in bed. She gave me hot relaxation tea when I couldn’t sleep. She whips me into shape and doesn’t hold back when it’s time to tell me about myself. But it’s all about love. She always makes sure I am okay. The Spanish call the period of time during and after a meal—“sobremesa”. It is the time spent together to talk. It is customary to do this so that any problems that are in your life are solved. The Spanish do not waste time with anger or sadness, they want problems resolved quickly. Such is what we do every day together.

My host brother is a typical brother and always happy. He knows a bit of English so sometimes he is able to jump in and help me understand things. He is a college student too and I’ve learned through his late night partying that most youth in Spain stay out (on the weekends) till 8am and don’t sleep from Saturday night till Sunday night so that they can be ready for Monday (no use in wasting Sunday sleeping!). He gets loud, like my brothers at home, when we talk about politics but always helps me when I need a hand.

My two Spanish parents call me hija (daughter) and treat me like their own. They crack jokes all day, cheer me up when I’m down, tell me all about the culture here, and invite me to spend time with them always. I feel really lucky to be here with them.

Thus far, even though I miss my family at home ever so much, I am wishing this adventure in Oviedo never has to end! Tessa studies Early Childhood and Childhood Education with a Concentration in Spanish. She has wanted to speak Spanish fluently and visit Spain since she was very young and considers this opportunity to study abroad in Oviedo as a dream come true!

Next ArticleI Went to Paris?