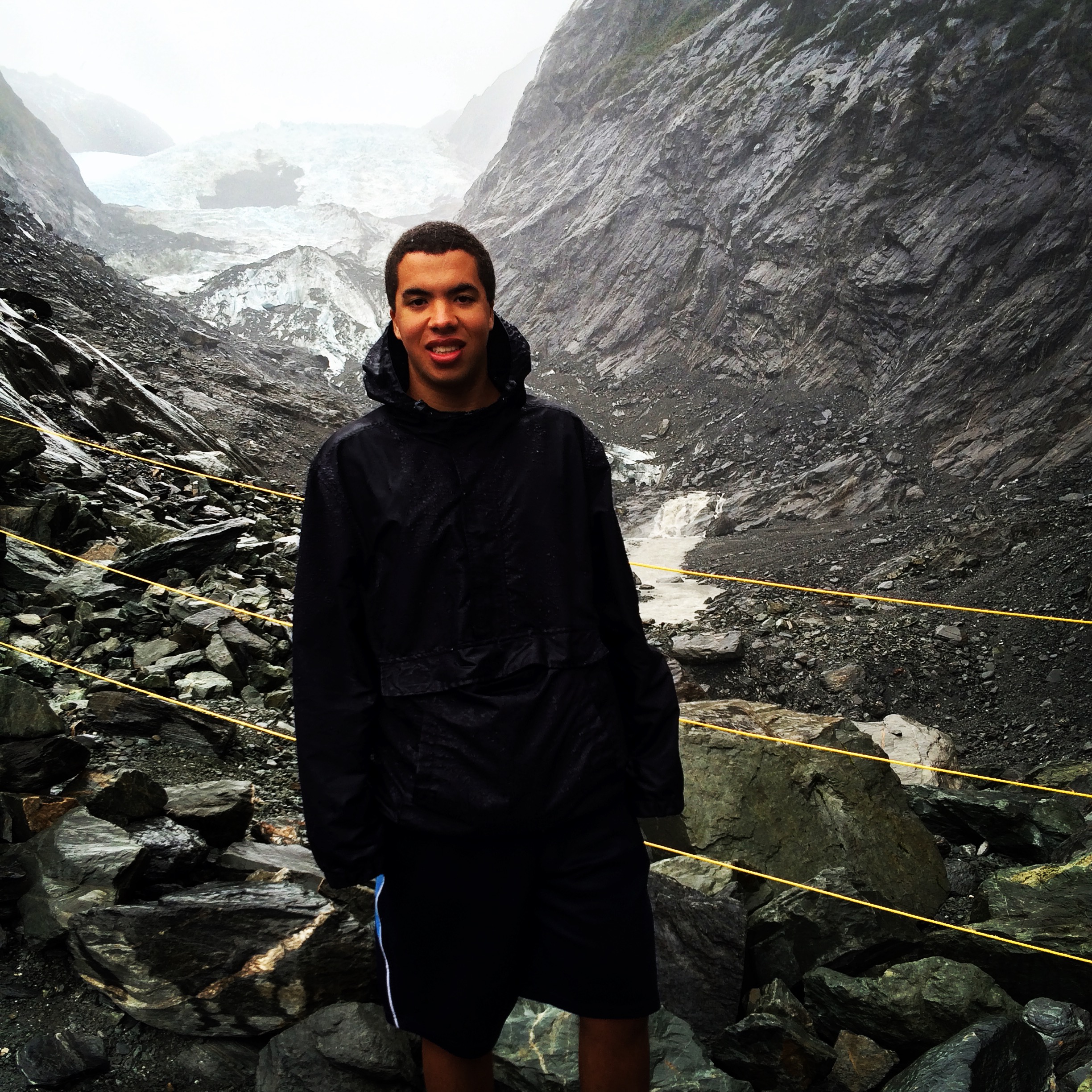 During the second half of my break I traveled through the South Island to see its beautiful scenery. After being in the North Island the week before I was excited to see what was offered in the South Island. My travel consisted of many long bus rides, and I got to meet many tourists who never been to New Zealand before. I was very fortunate to be staying on this beautiful country for four months after hearing tourists saying that they are only here for two weeks wishing they could be here longer. My travel to the South Island started with taking the ferry down. On my ride I went through the Bay of Sounds, which was beautiful and it gave me more a taste of the beautiful scenery offered in New Zealand. This was first ferry ride, so it was a great experience for me. After my ferry I took the bus down to Christchurch, and on my ride I saw more beautiful scenery. When I arrived in Christchurch, it was sad to see how a natural disaster can greatly affect a vibrant city. The city was still recovering from an earthquake in 2011, which destroyed many buildings including a Cathedral, so there was not much offered here in the city. Despite not being much offered, I was still able to see how people tried to keep the city vibrant despite the disaster. The next place I went to was Queenstown, which was the most beautiful place that I have ever seen. This was a popular tourist place so it was called a tourist trap by many people with how there is so much to offer for tourists. Here I got to meet some of my family. They took me out to Glenorchy where they filmed part of Lord of the Rings. I got to imagine some scenes from the movie being filmed here, which was really cool for me. There was beautiful scenery, and I learned how the town developed from a big glacier melting. It was interesting to learn about glaciers and how the whole island formed from the melting of a glacier. The next place I went to Franz Josef where the glacier was the main attraction with many other walks to do. My first day here I did a walk through an old tunnel. I walked through really cold water but it was cool walking through the dark. I got to learn about how people used to operate with structures like these before technology developed. I also got to see the tropical forests of New Zealand even though it did not seem like tropical weather to me, but it was still neat. The next day I walked to the glacier and I got to see a glacier for the first time in my life. I did not know that the air would be so cold with the glacier, which I had to learn the hard way. I was wearing shorts and a light jacket without a hat or gloves. After walking I could not move my fingers, so I was unable to untie my shoes and unplug the charger from my phone.

Next ArticleI made it!