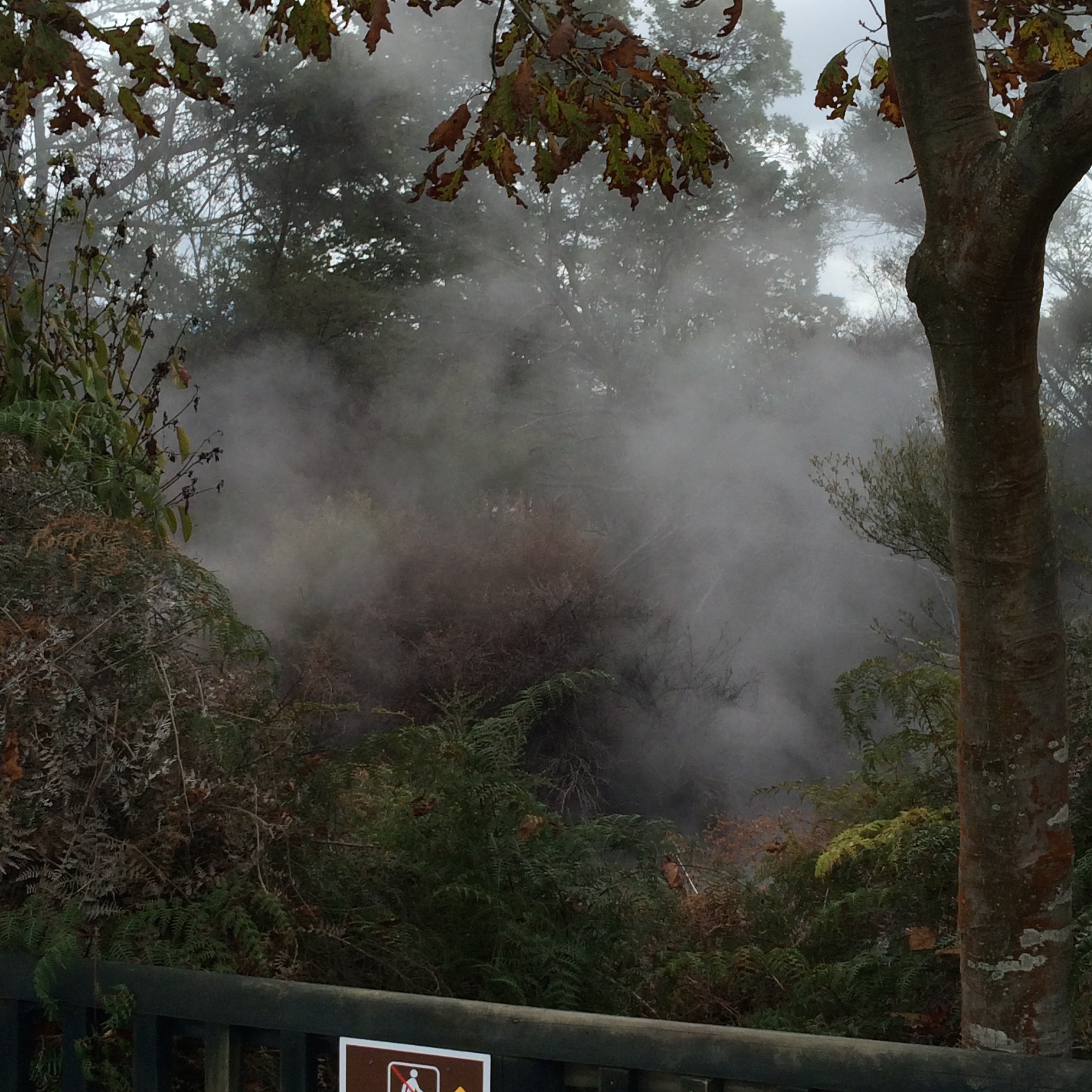 Backpacking Through the North Island

During the first part of my backpacking trip I went through all of the North Island. I stayed in Rotorua, Auckland and Paihia and I got to see the surrounding area. New Zealand is a very beautiful country with how it is not built up with new houses, and the effort that is made to preserve forests and wildlife preserves. I did a lot of traveling through the bus service, which was cheap and it also gave me more viewing of the beautiful New Zealand country side. Each place offered different parts of New Zealand that are important to see when visiting New Zealand. The hot springs in Rotorua.

In Rototrua, which was my first stop traveling through the North Island, I got to see the hot water springs. This was really cool to see because I got an idea of of how New Zealand was formed from a volcano. It was also really cool to think that walking around the hot srpings that I was standing on top of lava, which also showed how it something happened to the area it could create some serious damage. I learned this when I visited the Maori village, and there was a hole in the ground, which led to hot spring water coming through the ground and closing off areas. My next stop was Auckland, which is the biggest city in New Zealand. This was very different for me because I stayed in Wellington, which is a small city. There was a lot to do here, but I had to walk around more then I usually do to find everything. I got to walk around the port, which was cool to see all of the boats, and I got a neat skyline of the city at night. The next day I checked out the war memorial and I got to visit the University of Auckland to see how this university was different from New Paltz and Victoria. This was a very big school, but it was very neat to see it. At the end of the day I went an international food court that made Middle Eastern food and I got myself a mean plate of food. During my bus trip! First time on the Pacific!

The last destination I went to the North Island was Paihia. This was first town through the Bay of Islands, which is the most Northern part of New Zealand with many beaches. Here I just walked along the beach and ate fish and chips. It doesn’t seem like much, but I had a great time because I love swimming on the beach. New Zealand also has the best fish and chips, so I was lucky to find a cheap place, since it is very expensive here.

Next ArticleThe Luck of the Irish