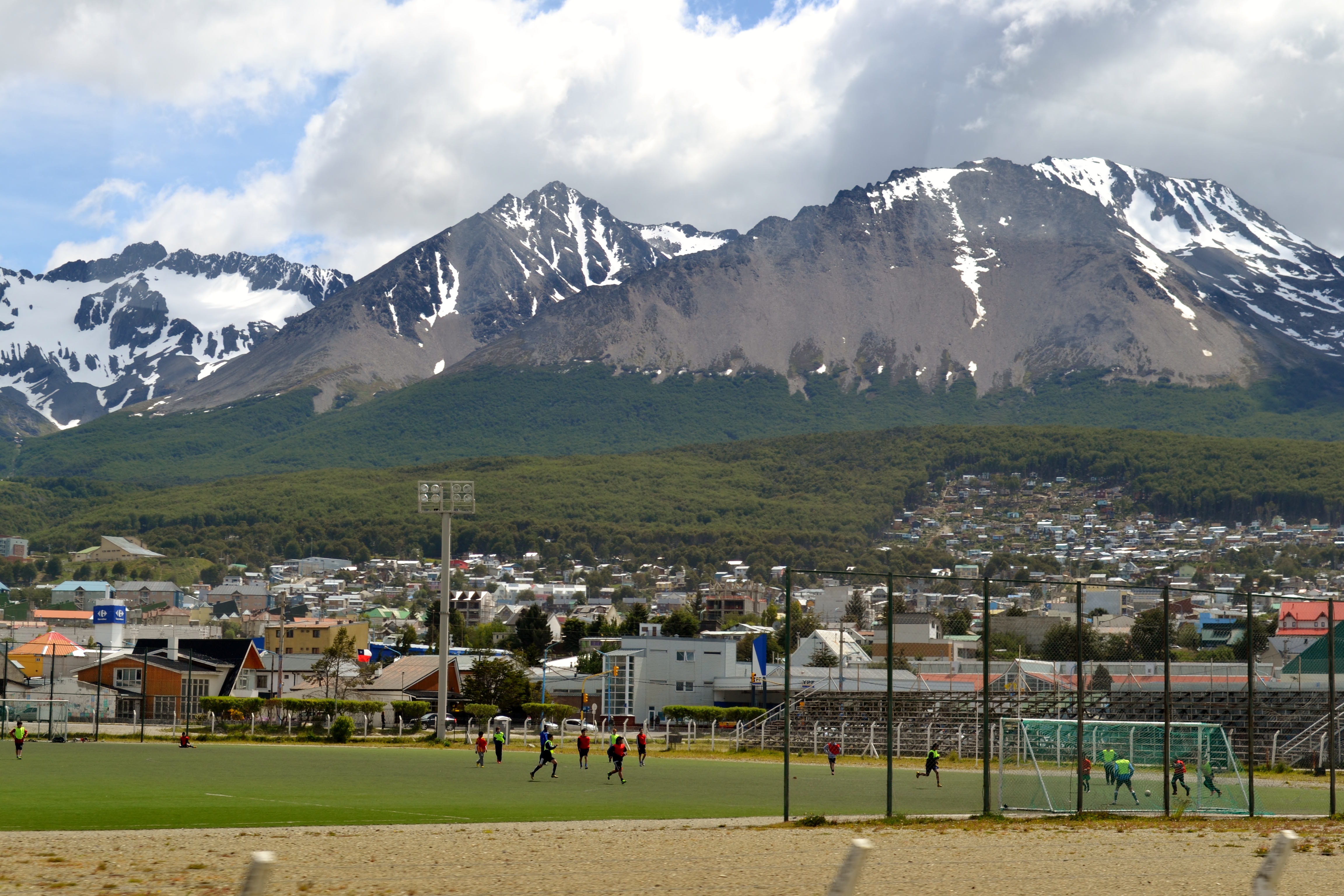 By 4:45AM I was awake and packing up my things; I must have checked the room about six times to make sure that I had everything. The hotel provided breakfast which consisted of pastries, orange juice, coffee and tea. The breakfast is quite different from the typical American breakfast; it was much lighter and the pastries served seemed more like something that would be eaten as a dessert in the states. Around 5:30AM we departed for the airport, arriving around 6AM…but it was the wrong terminal, so we had to get back on the bus and go over to the domestic terminal where we checked our bags and headed for the gate. The security in the domestic terminal was very lenient, we were allowed to bring water, weren’t required to take out liquids or remove our shoes, much different from any security in the states. It was kind of nerve wracking for some other students to see such relaxed security, but while discussing it we figured it is likely this way because Argentina doesn’t have many reasons to be as uptight about airport security, especially with domestic flights. The terminal was very small, much smaller than any airport I had ever been in, which was very different from the international terminal in the same airport, which we passed through last night, which was huge. While waiting for the flight myself and some other students formed a little circle where we started to get to know each other better and begin to connect, which made me feel much more comfortable. We began boarding the plane around 7:50AM and took off around 8:15AM for a 3 hour flight to El Calafate, where we stopped for about 20 minuets while other peopole got off and others boarded. The scenery in El Calafate was beautiful, much like a desert and drastically different than the scenery in Buenos Aires, which made me wish i had a window seat on the plane. The water was so blue, almost turquoise in colour which was a stark contrast to the reddish brown sandy and rock surrounding the water. Around 12PM we took off again and started on our way to Ushuaia.

The airport in Ushuaia was quite small and looked much like a ski lodge. It was a bit cooler that it had been in Buenos Aires, where it was about 80 degrees. When we stepped out of the airport there was the most beautiful mountains (The Southern Andes) right in front of us. They were like nothing i had ever seen before, i instantly took out my camera and continued to take pictures until we arrived at the hostel. The hostel was not what i had imagined, it was actually quite nice. There were 4-6 people to each room; each room had three sets of bunk beds. After arriving we had a quick meeting with the professors joining us on the trip, and then we were free to go and explore Ushuaia.