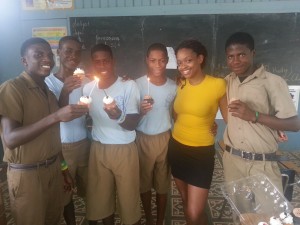 Dr. La Tasha Amelia Brown completed her Ph.D. degree in Comparative Cultural Studies at the University of Warwick in Coventry, England. Dr. Brown holds an M.A. in African New World Studies (now African and African Diasporic Studies) with a concentration in Cultural Studies from Florida International University in Miami, Florida and a B.A. in History with a minor in English Literature from St. Lawrence University in Canton, New York. Her areas of specialization include: Caribbean Black Diaspora Identity; Intersections of Class, Race, and Gender; Popular Culture; African American Identity & Culture and Black British Identity & Culture. Dr. Brown has conducted field research in Jamaica and has lived as well as traveled throughout the Caribbean region, the United Kingdom, and the United States. Dr. Brown is currently an Assistant Professor in the Department of Black Studies, the principal organizer of the African Diaspora Film Series (ADFS) and the Program Director for the Jamaica Service-Learning Program (JSLP) at the State University of New York at New Paltz.