I have been in Tokyo a little over a month now. Studying abroad here has been a great experience for me. Although it was difficult applying for Meiji University and scholarships with having classes to focus on, it all paid off at last! I expected myself to enjoy living in Japan, but I did not expect to enjoy it so much that  I would seriously consider living here one day. I already have a bank account here as well as several point cards too that I will bring back to America to remind me of the good time I had here.

Golden week has just begun in Japan. It’s a week with several Japanese holiday such as the Emperor’s birthday and Children’s Day. For Meiji University students, we only get 2 days off, in addition to our weekend, while students from other schools and workers get a full week off! We rarely get holidays off here in the Japanese academic calender. I realize how much I took American holidays for granted after coming here. For my holiday, I plan on visiting Korea while I still have the opportunity~

I got to visit  Tokyo University a few times because my friend works at a convenient store there. Tokyo University is Japan’s Harvard. It is really big and grandeur as expected of Japan’s top university. Besides students who study there, I saw many high school students and various people like me who are just visiting the school. It is distinguished by its Japanese style gate, where people often take pictures at. 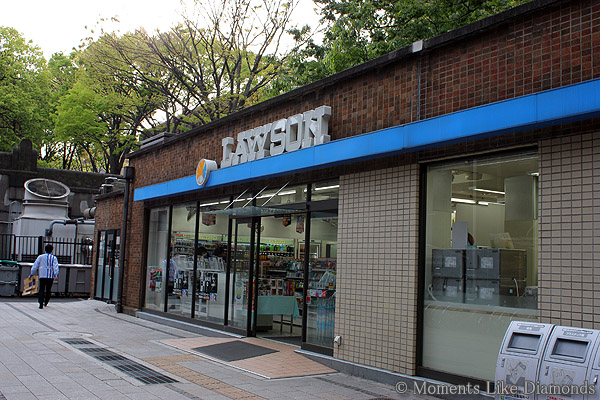 the Lawson convenient store at Tokyo University where my friend works

I went to a Omatsuri, or festival last Sunday at Koenji, a station away from my school campus with the Meiji student who went to New Paltz last semester!  There, I got to see many performances throughout the area-from magic acts, comedy, juggling, diabolo, Chinese Opera, acrobatics on the street along with people enjoying the weekend with their friends and family. There were even performers from America and Canada at the Omatsuri. Despite being a festival,  it still felt fast paced because there are so many performances that all lasted half an hour. It was impossible to see everything we wanted to see in a day. I do realize the order of this post does not flow right, but a lot has really happened. I am still processing everything I saw! Also, I already have a problem with my bicycle. I need to replace one of the tires already~It should be fixed by my next post!

Next ArticleGolden Week and After~