While I am  writing this blog post anti-Morse protests are being held outside his presidential palace as well as in Tahrir which involve tens of thousands of demonstrators. As of now the Egyptian people will hold a national referendum on the constitution on December fifteenth. However, many secularists, liberals and leftists oppose the constitution saying it allows religious authorities too much influence over the Egyptian state and that it denies some human rights. There now seems to be a major power play going on between The Brotherhood, their supporters and the government of Morsi on the one side, while on the other side secular, anti-Islamist groups, the whole judiciary and many more syndicates say the Islamist are trying to ram through a flawed constitution that will allow them to push Egyptian society in the direction of religious conservatism. Meanwhile Morsi is still holding onto his authoritarian like control after making a broad power sweeping decree last week. Because things continue to change daily it will be interesting to see what happens leading up to the December 15th referendum.
On a completely unrelated note I traveled through the Sinai peninsula on an overnight bus last weekend to a small resort town on the Red Sea called Dahab. Formally a Bedouin village, Dahab is considered one of the world’s best diving destinations. Besides doing a lot of snorkeling, eating great seaside dinners and some relaxing swimming in the salty Red Sea, we also climbed to the top of nearby Mt. Sinai. According to Jewish, Christian and Islamic tradition, the biblical Mount Sinai was the place where Moses received the Ten Commandments. At the mouth of an inaccessible gorge at the foot of modern Mount Sinai lies St. Catherine’s monastery. The monastery is Greek Orthodox and is a UNESCO World Heritage Site. According to a UNESCO report this monastery has been called the oldest working Christian monastery in the world.
In order to climb to the top of the mountain we took a minibus which left at midnight and drove two hours to the foot of the mountain. From there we climbed for four hours towards the top in complete darkness, stopping every now and then to rest at little Bedouin huts which served coffee and refreshing tea. Before coming to the top of the mountain, which has an elevation of 7,497 ft, we stopped in the last Bedouin hut where everyone huddled for warmth in huge blankets waiting for dawn. At around 5:30 AM we all finished the journey to the peak and sat there for about an hour and a half watching the sunrise. Below are various pictures of the whole trek as well as a link for the translated version of the Egyptian Constitution if anyone if interested. 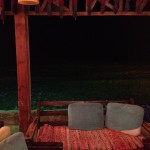 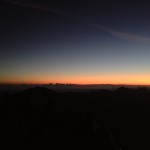 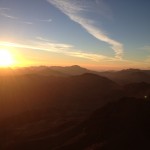 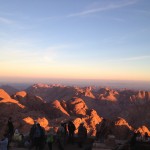 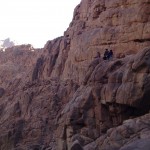 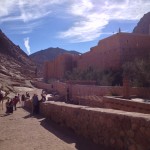 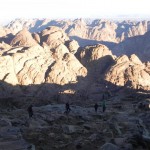 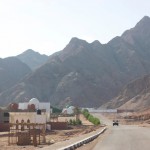 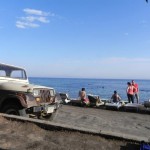 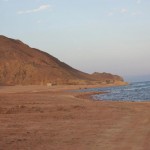 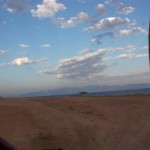