As Egyptians fill Tahrir Square demanding a true democracy the leader of the country once again stands defiant to the outrage of the general public. President Morsi or “Pharaoh” Morsi as some have now called him, issued a decree on Thursday granting himself broad powers above any courts and labeled himself as the guardian of Egypt’s revolution. This immediately sparked outrage from all people within Egypt, except for his supporters within the Muslim Brotherhood. This outrage culminated in a Tuesday night demonstration which filled Tahrir square with over 100,000 protesters demanding Morsi rescind his decree. While there have been various protests all over Egypt since I arrived, none have appeared as big or important as what is happening now. For the first time since the Mubarak uprising people from all throngs of life are standing side by side and it is not only one dichotomy of the population. Not only are people not happy politically but there is also major concern for the economic situation in a country which has taken quite a hard financial downturn. There seems to be a buzz in the air and something is going to change unless Morsi acts quickly and decisively. With more rallies and protests planned for this weekend by opposition groups and the Muslim Brotherhood, it will be interesting to see what the outcome will be for Egypt’s fledgling democracy.
Below are some pictures from various news sites of the protests. 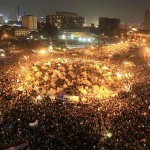 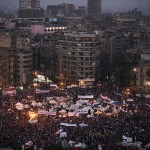 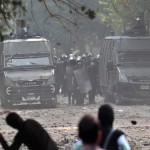 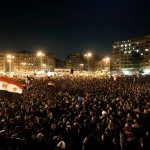 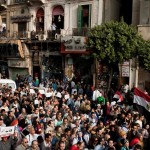 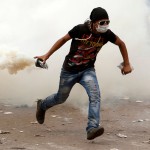