We recently spent a weekend in Paris, and trust me a weekend was all I could handle. Needless to say I didn’t have the greatest time in Paris. The city itself was absolutely beautiful and there was so much to see. We went with a tour group which was very smart seeing as none of my friends or I speak any french. I would advise anyone who is planning on travelling to Paris to use a tour group, it just made it so much easier since Paris is such a big city with so much to see.

The Eiffel tower at night is something I believe everyone should see once in their life. it actually takes your breathe away. The Palace of Versailles and the gardens were by far my favorite part of our trip to France. The Palace was spectral and there was just so much history to it.

The selling point of going on this trip though, was a huge chocolate festival that was held in Paris the weekend we were there. Aside from food and transportation, chocolate from the festival was all I spent my money on. No souvenirs, just chocolate, and it was worth it.

We did have some troubles in Paris though, plans fell though for part of our tour, it rained the whole weekend, and the drivers tended to drive straight through red lights which made me terrified to cross the street. There was also an incident with a man yelling at us in French over the fact that we couldn’t speak french. So that was fun.

I think my time in Paris was a little less enjoyable because I was sick and I also wasn’t too keen on going in the first place. My two friends had their hearts set on Paris and to me, Paris was hit or miss. If I went to Paris while I was here it would wonderful, but if I didn’t get the chance to go I wouldn’t get upset about it.

I am glad I went to Paris though, it was a once in a lifetime experience. 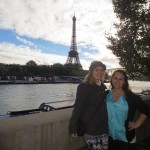 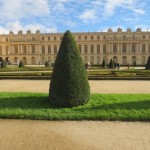 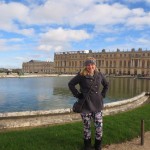 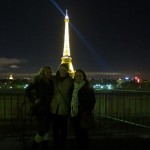