On our last day in Luxor we woke up very early and took a three and a half hour drive south to Aswan. We had a two hour wait in Aswan before we could catch the caravan to Abu Simbol. During these two hours we walked around, drank coffee and went on the long hard search of finding a bathroom. Once our car arrived we joined a caravan with about three other cars full of tourists and two army/ police vehicles. For security reasons all trips to Abu Simbol must be like this, in a caravan. However, once we got on the highway the caravan seemed to break down and it was everyone for himself, who could go the fastest on the open desert road. Once we left the city limits of Aswan there was nothing, just a black strip of pavement and white sand in every direction for the next three and a half hours. Unlike the drive from Luxor to Aswan where there were many little villages and sparsely populated communities, the drive to Abu Simbol was one with no signs of life and very solemn. About half way there we started to notice water on the outer edges of the desert, but to our surprise it was nothing more than a mirage(as pictured below). It was quite a strange sight. It looked exactly like real water and sometimes it even took effect on the road and appeared to be real until the car drove up to its edge and it magically disappeared.
The magnificent temple of Abu Simbol, is quite an extraordinary sight, both on the inside and outside. With two temples hidden in the Nubian desert arising out of Lake Nasser, Abu Simbol is definitely one of the more impressive ancient sites in Egypt. The complex is part of the UNESCO World Heritage Site known as the “Nubian Monuments.” The twin temples were originally carved out of the mountainside during the reign of Pharaoh Ramesses II in the 13th century BC, as a lasting monument to himself and his queen Nefertari, to commemorate his alleged victory at the Battle of Kadesh, and to intimidate his Nubian neighbors. However, the complex was relocated in its entirety in 1968, on an artificial hill made from a domed structure, high above the Aswan High Dam reservoir. The relocation of the temples was necessary to avoid their being submerged during the creation of Lake Nasser, the massive artificial water reservoir formed after the building of the Aswan High Dam on the Nile River. Below are pictures of the temples, the lake and other pictures from the journey. 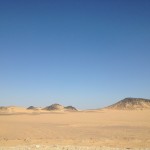 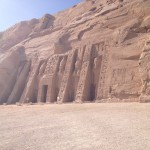 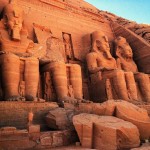 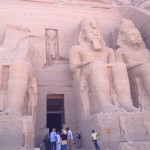 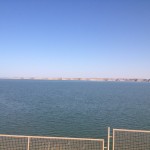 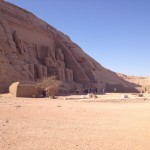 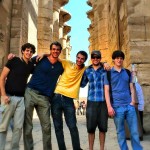 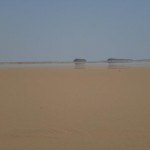