Traveling within Egypt is quite an adventure, partially because of the language barrier, partially because of the culture barrier and partially because it is just Egypt. However, it is amazing. I am going to split the weeks travels into two posts because there is a lot to write, and so I have something to post next week. I will talk about Luxor this week and Aswan/ Abu Simbel next week. Also, I would like to mention quickly that on our way to the train station it rained for less than five minutes, the first time it has done so since I have been here.
We traveled to Luxor by taking a sleeper/ overnight train from Cairo which was quite luxurious compared to the crammed cars that we witnessed leaving before us. Because it was the day leading up to Eid the trains were over packed and the demand for travel seemed to be quite high. As we waited at the station for our train, which was an hour late( pretty standard by Egyptian time), people fought, climbed on top of, jumped through windows and positioned themselves in between the train cars in order to catch a ride to presumably their families from the country side.
Upon arriving in Aswan our group was immediately surrounded by people begging us to take their taxi, book reservations in their hotel and with their travel agencies to take tours. Since the revolution, tourism has hit an all time low and the smaller cities such as Luxor thrive on tourism, so seeing a big group of white young travelers was the perfect pray for these men. After walking for almost more than twenty minutes they would still not leave us alone, and continued to harass us even after many shouting matches. Eventually we made it to the hotel, Happy Land Hotel ( which I would recommend to anyone traveling in Egypt). Immediately we set up a trip to see the Valley of The Kings.
The Valley of the Kings is a valley in Egypt where, for a period of nearly 500 years from the 16th to 11th century BC, tombs were constructed for the Pharaohs and powerful nobles of the New Kingdom . The valley stands on the west bank of the Nile, opposite Luxor. The valley is known to contain 63 tombs with over 120 chambers. It was the principal burial place of the major royal figures of the Egyptian New Kingdom, together with those of a number of privileged nobles. The royal tombs are decorated with scenes from Egyptian mythology and give clues to the beliefs and funerary rituals of the period. The valley has become famous for the discovery of the tomb of Tutankhamen and is one of the most famous archaeological sites in the world. Unfortunately no photos were allowed inside the whole place including the tombs themselves and when I tried to sneak some photos I was caught immediately.
We also visited the Temple of Karnack and Luxor. The Temple of Karnack was quite a wonder and sat on over 64 acres of land. The complex is a vast open-air museum and the largest ancient religious site in the world. One famous aspect of Karnack, is the Hypostyle Hall in the Precinct of Amun-Re, a hall area of 50,000 sq ft with 134 massive columns arranged in 16 rows. 122 of these columns are 10 meters tall, and the other 12 are 21 meters tall with a diameter of over three meters. We were allowed to take pictures here so most of what is shown below is from either of the two temples. We also got to experience the slaughter of many animals and see the streets filled with the bloody reminisces of the holiday. Below are pictures of The Temple of Karnack, other various temples/ ancient sites around Luxor and more pictures just from the trip. 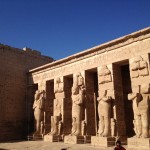 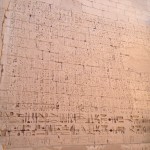 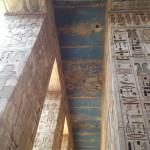 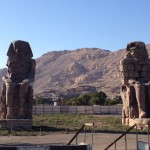 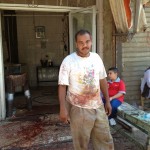 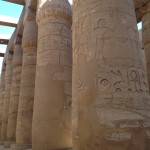 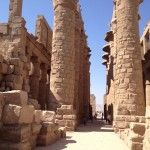 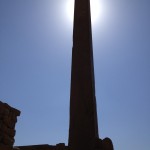 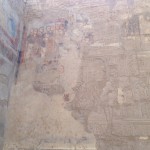 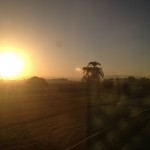 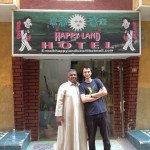 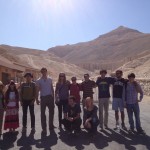 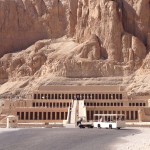 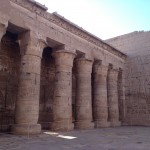 Next ArticlePictures speak louder then words