Going to Alexandria was a nice break from the crowded smoggy streets of Cairo. Being Egypt’s second largest city, Alexandria certainly has a different feel to it than Cairo. Right away you can tell it is a Mediterranean city, with the constant breeze filling the streets and the colorful buildings lining the streets. Being one of the major port cities along the sea, the atmosphere of fish fills the air which is one of the main reasons it boasts some of the best seafood in the world. It also definitely felt less crowded than Cairo with a population of five million, compared to that of twenty million.

After visiting many tourist cites the two that stood out the most where the Catacombs of Kom el Shoqafa and of course The Library of Alexandria. The Catacombs are a mixture of Roman, Greek and Egyptian influence buried deep beneath the streets. The Library of Alexandria or, Bibliotheca Alexandrina, is quite a modern wonder in a city filled with ancient ones. The library almost seems out of place due to its modernity (being opened in 2002). When stepping inside the vastness of the open reading area it is quite amazing to look around and view the amazing structure. The history behind the Library itself is  interesting as well as the amazing database it now has on its online website. The library also has a printing machine which can print a 500 page book, cover and all, and bind it in under 4 minutes.  Below are pictures of the catacomb, the city, the Roman theater and The Library. 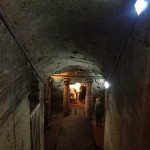 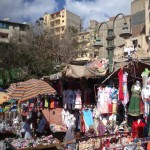 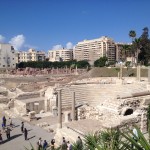 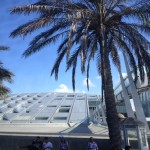 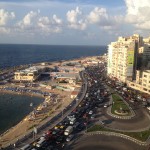 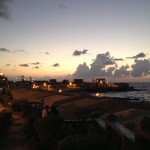 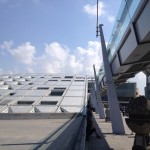 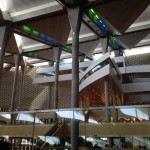 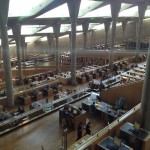 Next Article“Welcome to our 3rd world country”.