Every culture has a groove– that’s one of the biggest lessons I took away from studying abroad. Forget where you come from, what you know, who you know. Every place has a Way and once you let the flow take hold of you, you’re in! I can’t say I know everything there’s to know about Sevilla, but I think that by the end I had a much better grasp of the Sevillano groove of life. Blending in with a culture is so difficult. It even goes down to the littlest things like the volume of voice in conversations.

It’s hard to imagine life beyond your own. But after this semester, I can’t imagine NOT studying abroad. It’s so important to see life from a different perspective. I can almost speak for the group in saying that we all felt like our eyes were opened. Who would’ve known my eyes were ever slightly shut? 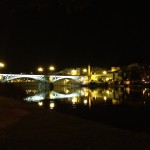 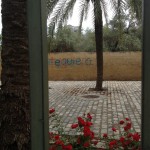 So here I am, back home after 15 hours of traveling and 2 days of adjusting. New York is still the same, at the same pace, with the same smells, and the same people. It weirdly feels like I’m just back from a 4-month-long dream. I guess you can’t have two feet in two places. But the memories remain! Venga hasta luego!