On Saturday, October 9th, 2010, my British Life & Culture class went on a all day trip to Stonehenge & The City of Bath.  After waking up bright and early Saturday morning, we took an hour and a half bus ride to Wiltshire, England to the prehistoric monument Stonehenge.  One of the most famous sites in the world, Stonehenge is composed of earthworks surrounding a circular setting of large standing stones.  A piece of history I have only witnessed in textbooks, finally became a reality this past weekend as I got to stand before the iconic monument that is believed to have erected around 2500 BC.

Nothing but a brisk autumn day to make the whole experience worthwhile as classmates and friends took multiple snapshots of the incredible monument.  To stand before a piece of history dated back to the Stone Age was absolutely surreal.  Who would have thought a circle of stones would have such a significant meaning thousands of years later!?  I mean to think that this is an area that served as a burial ground from its earliest beginnings is astonishing.  It was honestly one of the coolest and most memorable experiences of my life!

After spending about and hour venturing around Stonehenge and exploring the huge wide-open land; home to numerous cows and sheep, we finally hopped back on the bus for about another hour ride to The City of Bath.  Bath is the great city located in the county of Somerset, in the south west of England.  It was granted official city status by Queen Elizabeth I in about 1590, and then in 1889, Bath was made a county borough.  Driving into the city of Bath was probably one of the most breathtakingly beautiful things to ever lay eyes on!!!  It as literally as if your in a dream as you come across these shockingly huge buildings and get to see some of the finest architecture and artwork in history.

Established as a spa resort by the Romans in about AD 43, The City of Bath was declared as one of the World’s Heritage Sites in 1987.  It was quite the treat to be able to have a tour of the city and have numerous theatres, museums, sporting venues, and other historical buildings pointed out to us!  Everything is so big and after seeing The Royal Crescent, which is now a hotel and museum and some of the houses are being converted into flats and offices…it was clear that we were witnessing firsthand one of Europe’s finest 18th century architectural masterpieces!

After walking around the city are final stop was in the Roman Baths.  This historical site was the Roman house for public bathing.  Within the Roman Baths there are four main features including: the Sacred Spring, the Roman Temple, the Roman Bath House, and the museum of finds from Roman Bath.  The Baths generally attract more than one million visitors per a year…which its not hard to understand why!   Everything within the museum told a story and revealed a little bit of Roman history.  The best part was getting to drink the spa water from the hot springs in the Pump Room; the same water that the ancient Romans used to drink because it was believed to replenish them with all the minerals it contained.

After visiting the museum we headed back to Kingston…a long but eventful day it was!  Probably one of the most memorable experiences I have had thus far in my time here in England…I can honestly say that each moment of both those visits seemed out of a dream!  I have now seen firsthand two incredible “Wonders of the World!!!” 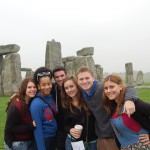 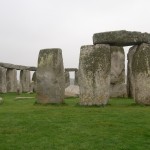 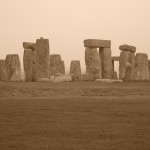 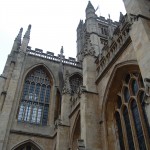 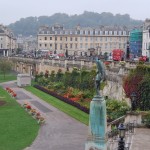 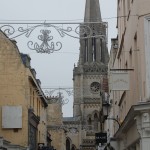 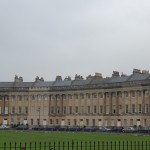 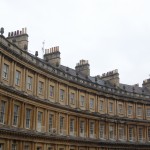 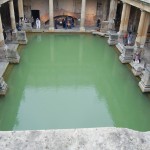 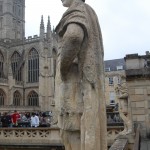 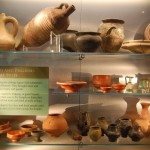 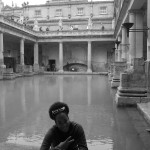 me sitting in front of the great bath

Next ArticleStaying For Another Semester