York was extremely rainy and cold today—not much different from how Huddersfield has been, but the weather in York (or maybe just today’s weather in Northern England in general) did put a littttle bit of a damper on the experience. We certainly made the best of it, though, and explored as much of the city as we could.

We started the day walking through the huge outdoor food festival, which was comprised of stand after stand of fish and meat and bread and sweets and jam and a LOT of free samples. We then decided to get lunch at a pretty good pub, where I got fantastic macaroni and cheese (I think they flavored it with cinnamon or nutmeg or both, which was really interesting), which came with a nice salad and awesome garlic bread, and a glass of chardonnay. What I’ve noticed about a lot of British eateries is that even though waiters bring you your food, once you’ve decided what you want from the menu, you have to go up to the bar and order it and even pay for it beforehand. But since this isn’t always the case, it tends to be a bit awkward knowing exactly how/when/from whom to order.

After lunch, we just walked around the very rainy and very beautiful streets, stopping in stores and taking a ton of pictures. Past the food festival was another outdoor market which had stands that sold a lot of knick knacks and scarves and other cute, small things of that nature.

About two hours before we had to leave, we stopped at a cafe for tea and coffee—I still hadn’t done tea time in England yet!—and relaxed and talked about the differences between our cultures (American, Danish, and Czech) and our experiences in other countries. It’s really interesting finding so many similarities and differences in customs you would never even give a second thought to, like what a normal breakfast is or how much you like your tea to be steeped or what you wear out to a club, or “disco”, at night.

On our way back to the bus, we stopped again at the food festival. We all gave in and bought brownies to take back to our flats. We’d gotten free samples of them earlier and none of us had forgotten how good they were. I got an Oreo brownie and a Nutella brownie, which I hope will last me a while. For dessert tonight, I had plain yogurt with honey, cinnamon, blackberries, and a few pieces of the Oreo brownie. YUM!

All of this coming week is Freshers Week, which means that there are events every day and every night geared specifically toward first years and new international students. Last week I bought a wrist band for five pounds which gives me access to every event for free, AND queue (line) skipping privileges. Lauren and I also have meetings with our psychology advisor almost every day this week, which is when we’ll sign up for classes, or “modules” and have an introduction to the psychology major, or “course”.

Here are some pictures of Huddersfield and York: 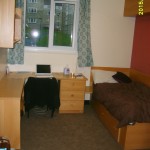 This is most of my room in my flat 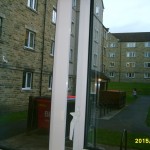 This is the view from my room in my flat 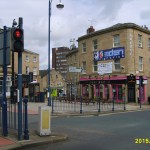 A random view in Huddersfield 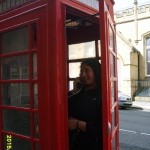 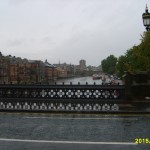 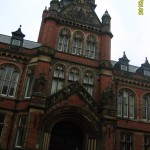 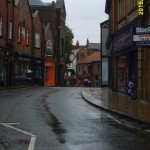 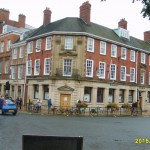 Not exactly sure what this is, but I think it’s very pretty! 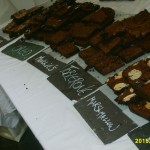 They’re even better than they look. 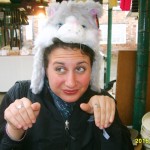 Had to take a picture wearing the awesome cat hat I found in the market.

Next ArticleFirst Weekend in England